DECEMBER 16 IS THE 2022 HOLIDAY SHIPPING DEADLINE December 16th is the last day to place a domestic order to *probably* receive it by December 24. We will continue to receive orders and ship them through the end of the year, but cannot guarantee shipping time after the 16th. Thank you for your understanding and support!
Back to Top 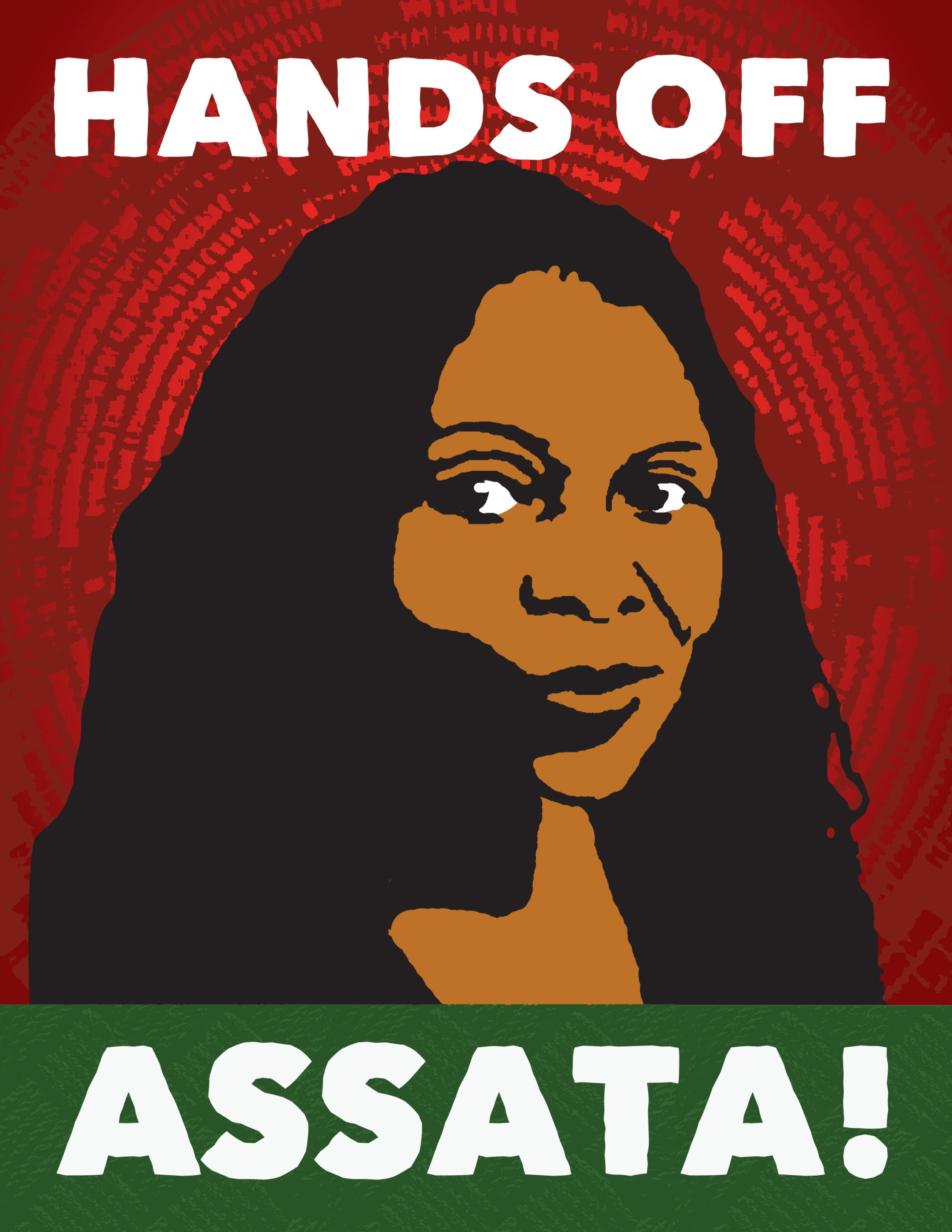 “Assata never finished high school, but obtained a GED and went on to receive a college degree at the same time as her radical activism blossomed. She joined the Black Panther Party and later the Black Liberations Army(BLA), and maintained a consistent critique of the gender dynamics within both organizations throughout her involvement. In her mind-twenties, she became the subject of a nationwide FBI hunt that sought to link her to any and all violent crimes involving a black woman on the East Coast, part of the convert COINTELPRO initiative to destabilize and dissolve perceived subversive groups operating in the United States.

Shakur was wanted for her alleged role in multiple murders and robberies, and was targeted as the leader of a Black Liberation Army cell. In 1973, she was captured and imprisoned after a shootout that resulted in the deaths of her friend Zayd, Shakur and New Jersey State Police Trooper Werner Foerster. Shakur was shot twice with her arms raised in surrender. Following multiple lengthy and convoluted trails, Shakur was found guilty for her part in the 1973 shooting, despite evidence suggesting her innocence. Many believe that her guilt was predetermined by the media frenzy surrounding her fugitive status, which included trumped up claims and misattributed photographs of other, armed, African-American Women.

Shakur escaped from prison in 1979 with the help of several BLA members, and eventually fled to Cuba. The U.S. government has tried repeatedly to seek extradition from Cuba, and in 2005 the FBI listed Shakur as a “domestic terrorist, ” offering one million dollars for her capture. Assata Shakur continues to write and speak out against racism from her exile, maintaining her innocence and locating her struggle within the entrenched and institutionalized racism of the United States. ”

This passage about Assata Shakur is from a collectively illustrated and written book called “Firebrand:Portraits from the Americas”, page 134-135 that was created by members of the Justseeds cooperative in 2010.You can order the book at Justseeds.org.