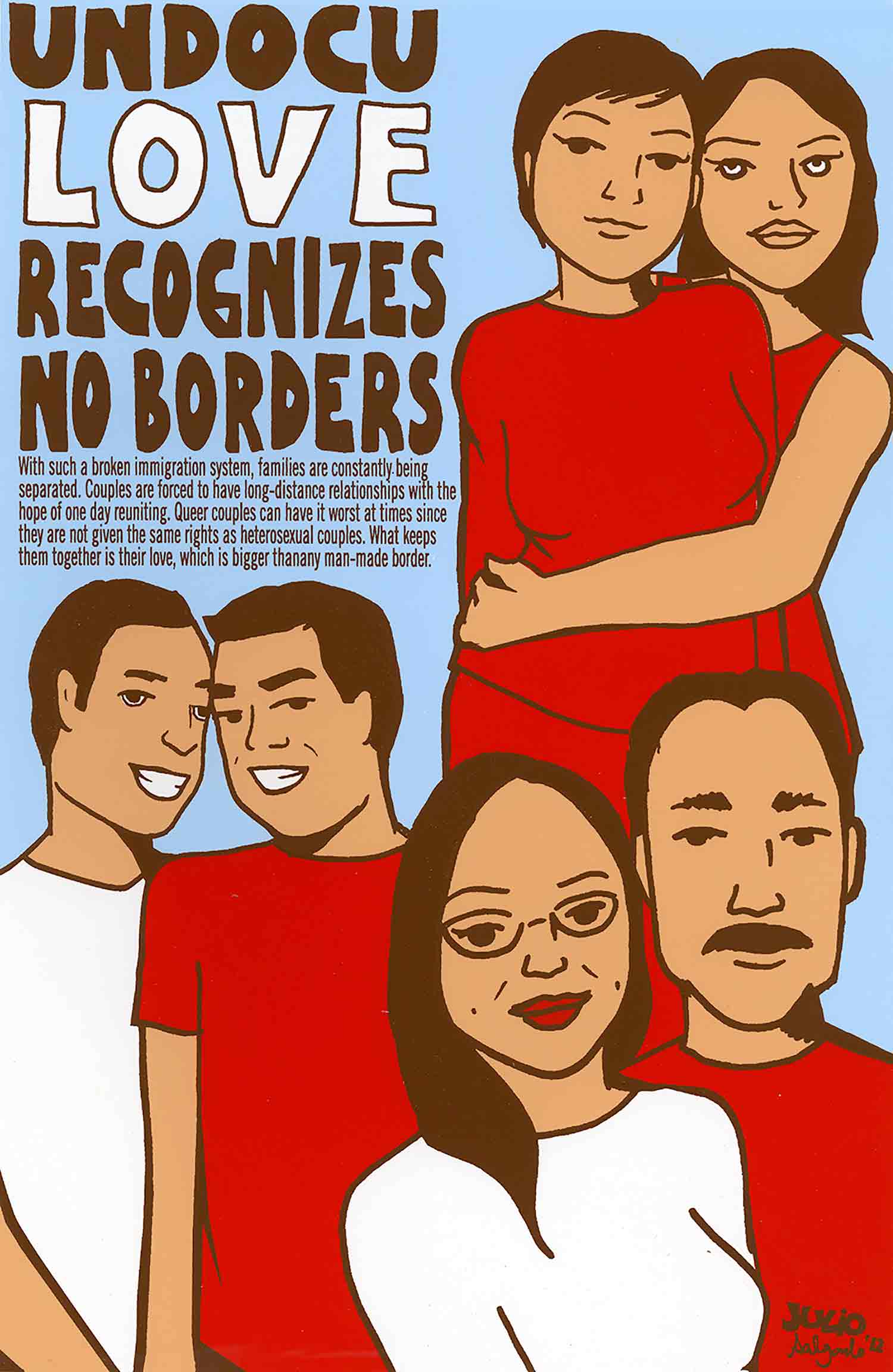 Julio Salgado is the co-founder of DreamersAdrift.com and his activist artwork has become a staple of the DREAM Act movement. His status as an undocumented, queer ‘artivist’ has fueled the contents of his illustrations, which depict key individuals and moments of the DREAM Act movement. Undocumented students and allies across the country have used Salgado’s artwork to call attention to youth-led movements and his work has been praised by OC Weekly’s Gustavo Arellano, KPCC-FM 89.3’s Multi-American blog, and the influential journal ColorLines. Salgado graduated from California State University, Long Beach with a degree in journalism.

Salgado’s image captures the one thing he believes keeps undocumented immigrants sane: their love for each other. “With words like illegal’ and ‘alien’, undocumented immigrants in this country are often dehumanized and the media doesn’t help by constantly portraying us as either criminals or perfect little immigrants,” Salgado said. “There is never a middle ground. I wanted this image to show the intersectionality of queer and immigrant communities by showcasing queer couples. After all, queer couples do not have the same rights as heterosexual couples.”