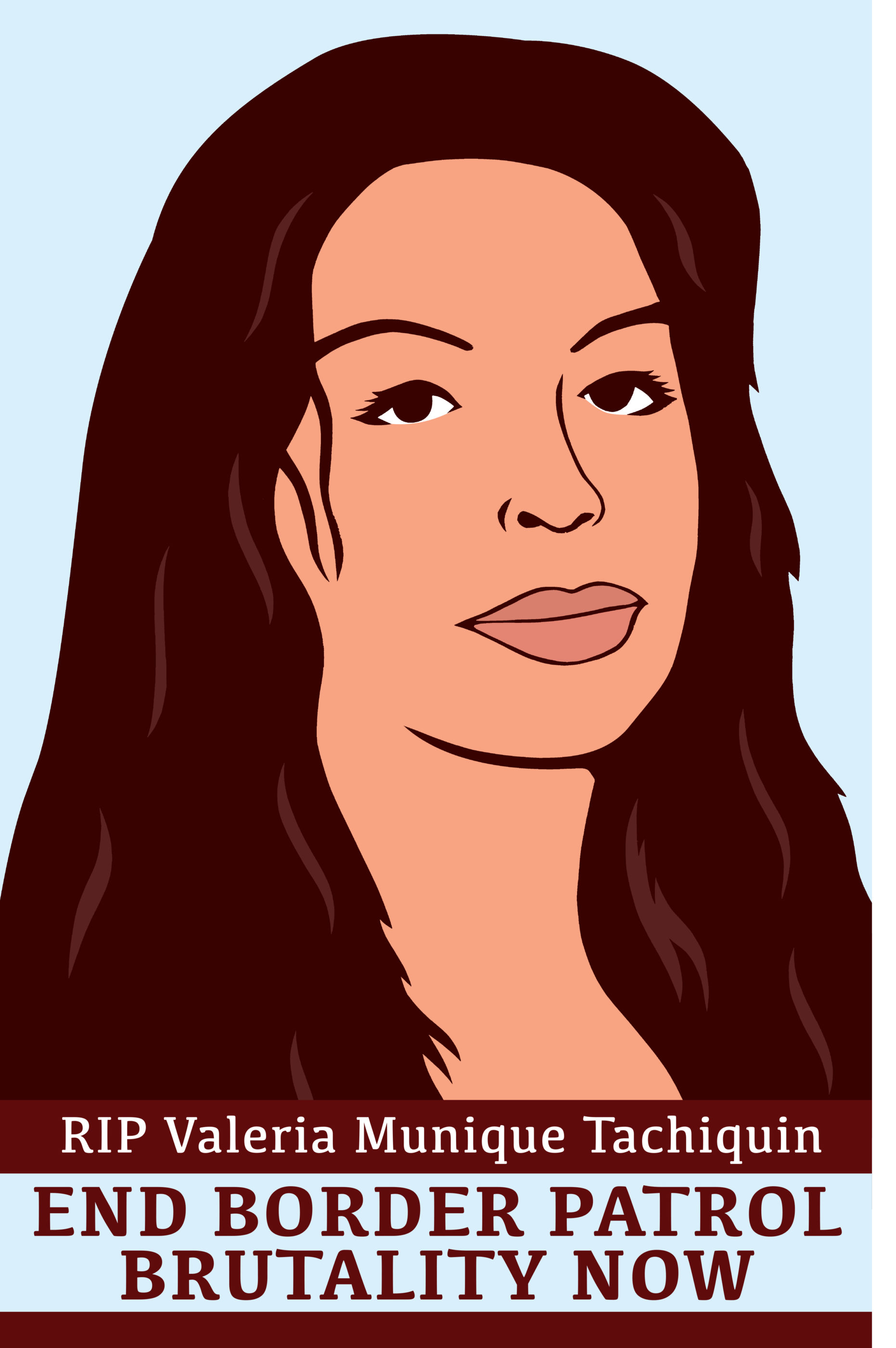 RIP Valeria Munique Tachiquin – Mother of five killed by plain clothes border patrol agent in Chula Vista, right down the street from where my mom lives and I grew up. This brutality is not something new, this has been happening along the U.S. – Mexico border for a long time and this marks the 15th killing in the past two years. This brutality is part of a larger issue happening all along the border where the Border Patrol has show little respect for life and cases of abuse have been documented by groups like No More Deaths and Southern Borders Community Coalition. As a young kid growing up in South San Diego, I remember the Border Patrol driving around the community, once my dad was stopped for looking suspicious and his car was searched because they suspected him of “smuggling” undocumented immigrants. This patrolling was something very familiar to me as a kid, just like police driving around East Oakland and I remember that event then some one shouting “la migra” was the threat of people being taken away. Over the years this threat has become more dangerous and their violence have been commonplace. Border patrol agents have become like modern day cowboys with out any oversight, allowed to do as they please and never having to face any consequences to their actions. This brutality in our community needs to stop, agents need to be held accountable for their actions.