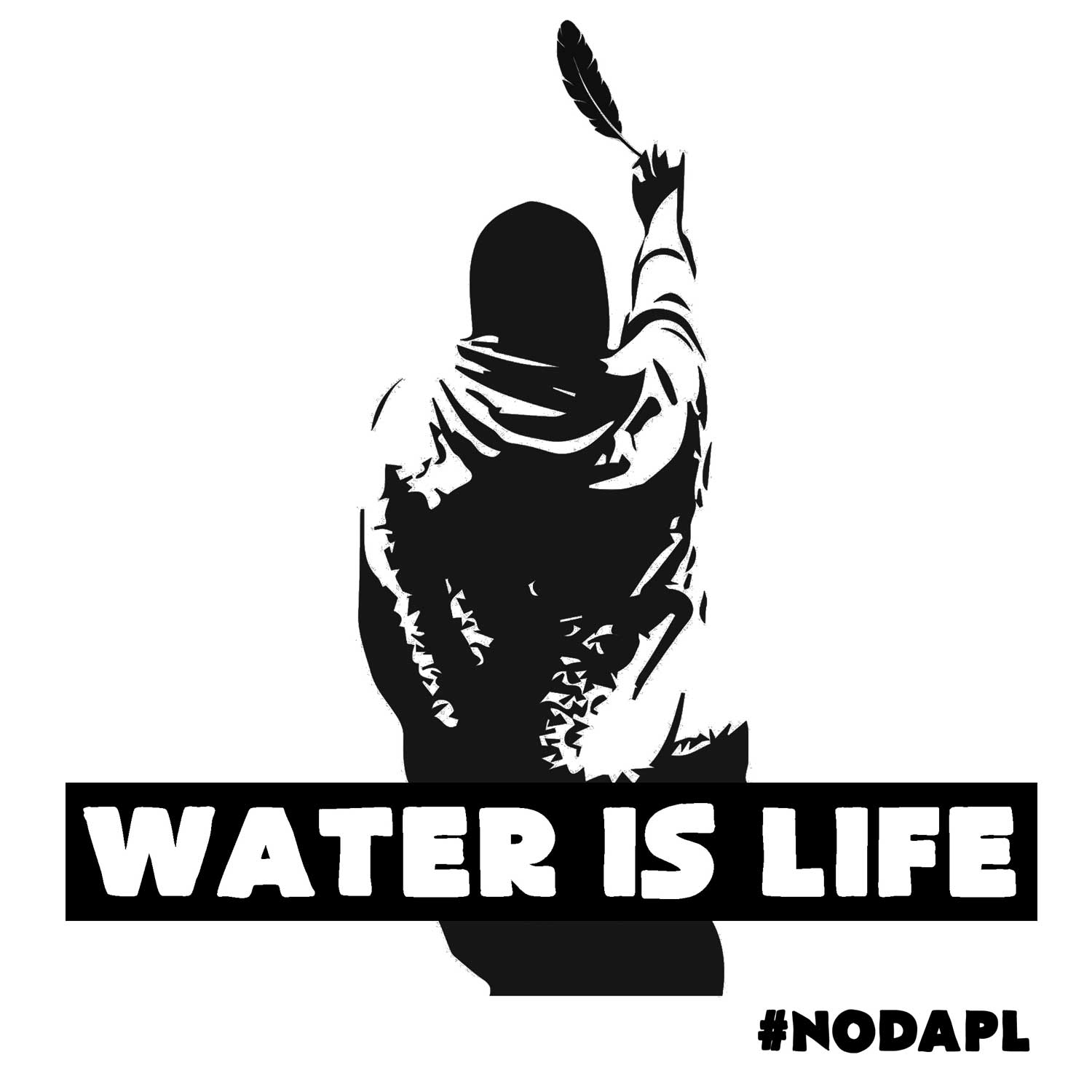 Black and white version of an image in solidarity with the water protectors at Standing Rock. NO DAPL. No pipelines on Indigenous land.

This image is free to use for creative commons/non commercial purposes. The black-and-white version can be used for silk screening. Note that prior to this image being screened at the art tent at the Oceti Sakowin camp at Standing Rock for patches for the back of the jackets of water protectors on the front lines it was approved by Native elders in the camp.

(Image is based on an original photograph by Ossie Michelin of Amanda Polchies – a Mi’kmaq land and water defender peacefully standing up to the shale gas company SWN and the Royal Canadian Mounted Police near the Elsipogtog First Nation in New Brunswick, Canada in 2013.)