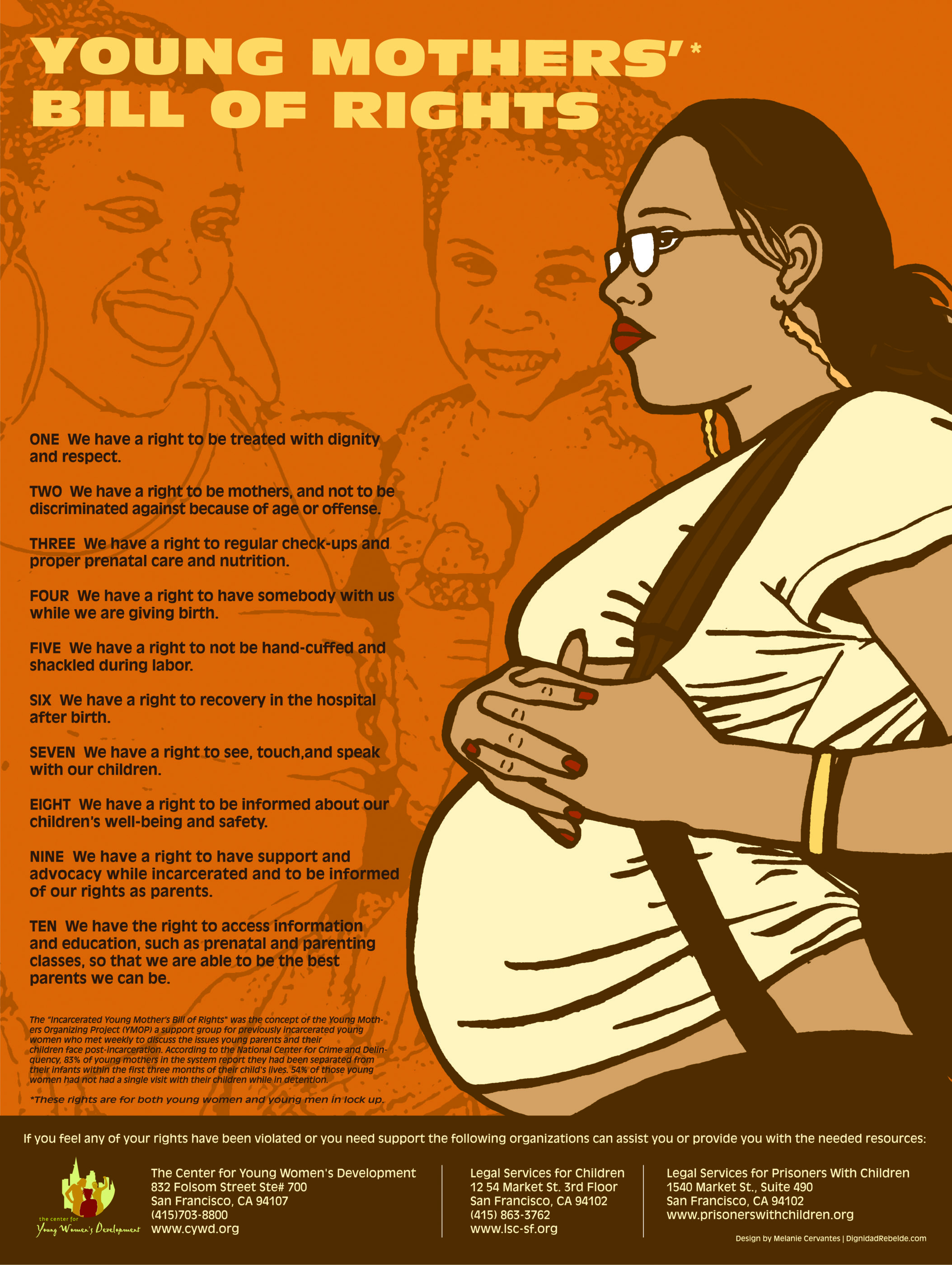 The Center For Young Women’s Development in San Francisco asked me to partner with them to create a poster and postcards to popularize the Young Mother’s Bill of Rights. The Center was integral to creating the Bill of Rights through a campaign they won. San Francisco Juvenile Hall has accepted and agreed to implement the Center’s ten-point Young Mother’s Bill of Rights, which sets forth the rights of pregnant and parenting young woman and young fathers who are locked in juvenile hall. They wanted young men and women to know their rights as parents and felt that a compelling graphic would help grab the attention of the young people in lockup so we made a few hundred posters and thousands of postcards to give out to the young people.

The Center for Young Women’s Development was founded in 1993 by a coalition of service providers working with young and adult women in the juvenile and criminal justice systems. The guiding principle then and now for the organization is that young women are the experts on issues impacting their lives and they should be involved in running and directing the programs that serve them. In 1997 their founding director, the brilliant and talented Lateefah Simon, left and young women of color under age 26 assumed all leadership responsibility. Building on a model for self-determination, they began to organize to change the power dynamic in San Francisco itself.

The Center for Young Women’s Development is now called the Young Women’s Freedom Center and has an updated bill of rights you can read here.