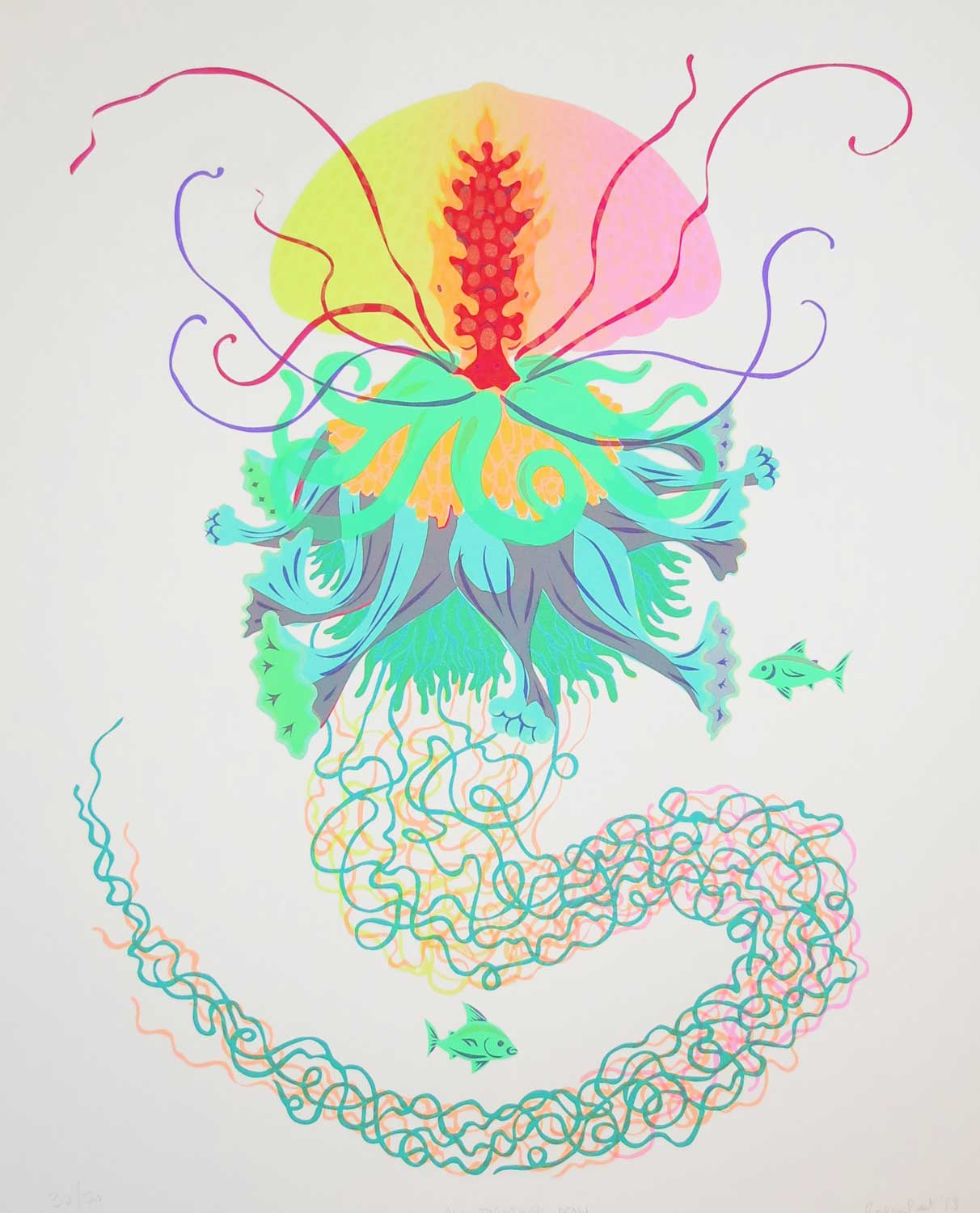 The combination of massive pollution, dead zones, overfishing and climate change has made the oceans much more hospitable to our friends the jellyfish. They don’t need as much oxygen as other organisms, they can adapt readily to a variety of otherwise inhospitable conditions in astonishing ways, and they can reproduce madly in situations where the rest of the living things are simply trying to stay alive.

There’s a certain group of gelatinous creatures known as siphonophores, which are actually colonial animals made up of individual creatures, known as persons that do specific jobs. So a stinging person will kill a small fish, and a digesting person will pass the nutrients through to the reproductive person so the colony can replicate itself. These creatures are absolutely reliant on each other, and act as one entity while retaining their individual qualities. All together now!

If only humans had so much insight! We needn’t worry, though- siphonophores and other jelly beasts have been around on this planet a lot longer than us, have survived all the previous mass extinction events, and will survive the one we’re enacting at the present moment as well. It remains to be seen what else will make it through the bottleneck, but rest assured that the jellies will thrive.

This is a nine color silkscreen print, cut entirely by hand from rubylith films and printed at Flight 64 studio in Portland, OR. Translucency is the wave of the future. 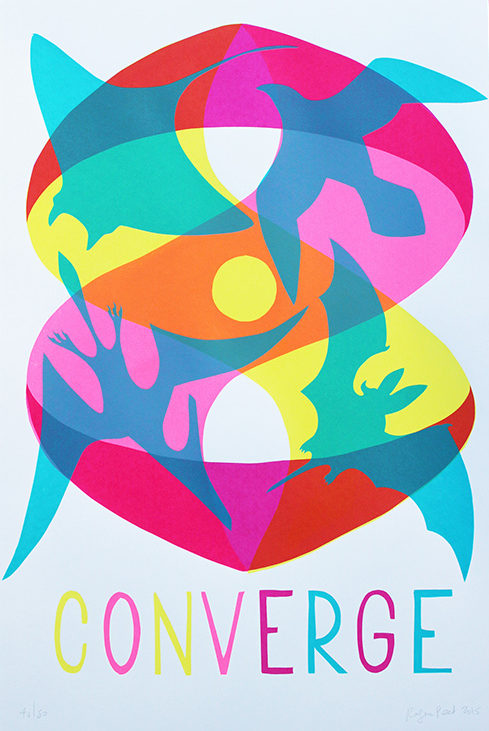