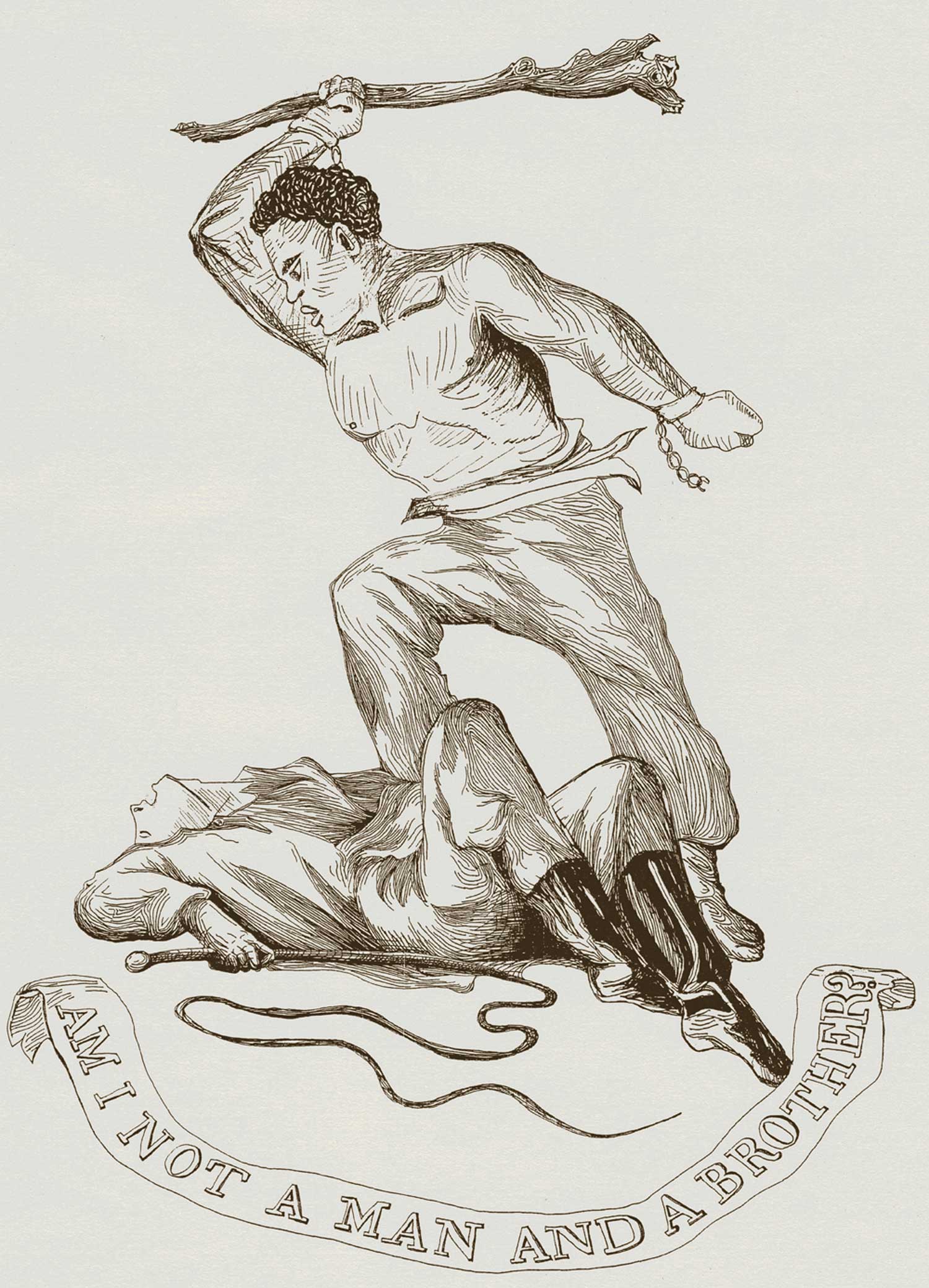 Re-contextualizing and subverting historical images runs central to my graphic work. The slogan “Am I Not a Man and a Brother?” comes from one of the most iconic and successful images of the British abolitionist movement – Josiah Wedgwood’s 1787 emblem of a kneeling slave that became the official emblem for the Society for Effecting the Abolition of the Slave Trade (SEAST). The emblem appeared on countless numbers of pamphlets, prints, stationary headings, books, medallions, ceramic figurines, and household objects in both the UK and the US. The image portrayed an African slave in a docile pose – someone who was powerless and passive in demanding his own freedom. This perspective completely negated the role that slaves played in securing their own freedom through escape and rebellions. Slave revolts consistently rocked the British and French colonies; the most notable being the Saint Domingue slave revolt (1791-1804) that was led by Toussaint L’ouverture. The revolt defeated the French and the British military and established Haiti as the first independent black-led nation in the western hemisphere, and the only nation whose independence was gained through a slave rebellion.

My “redux” image sought to replace the docile figure with an obscure abolitionist image of a slave beating a slave master with a stick to more accurately reflect the slave uprisings that took place in the 17th and 18th century, and to comment on the role that violence plays in movements for justice. I like to think that the African man was saying “Am I Not a Man and a Brother?!” as he beat the slave master to his last breath.
one-color silkscreen, medium weight acid free paper, signed, unnumbered