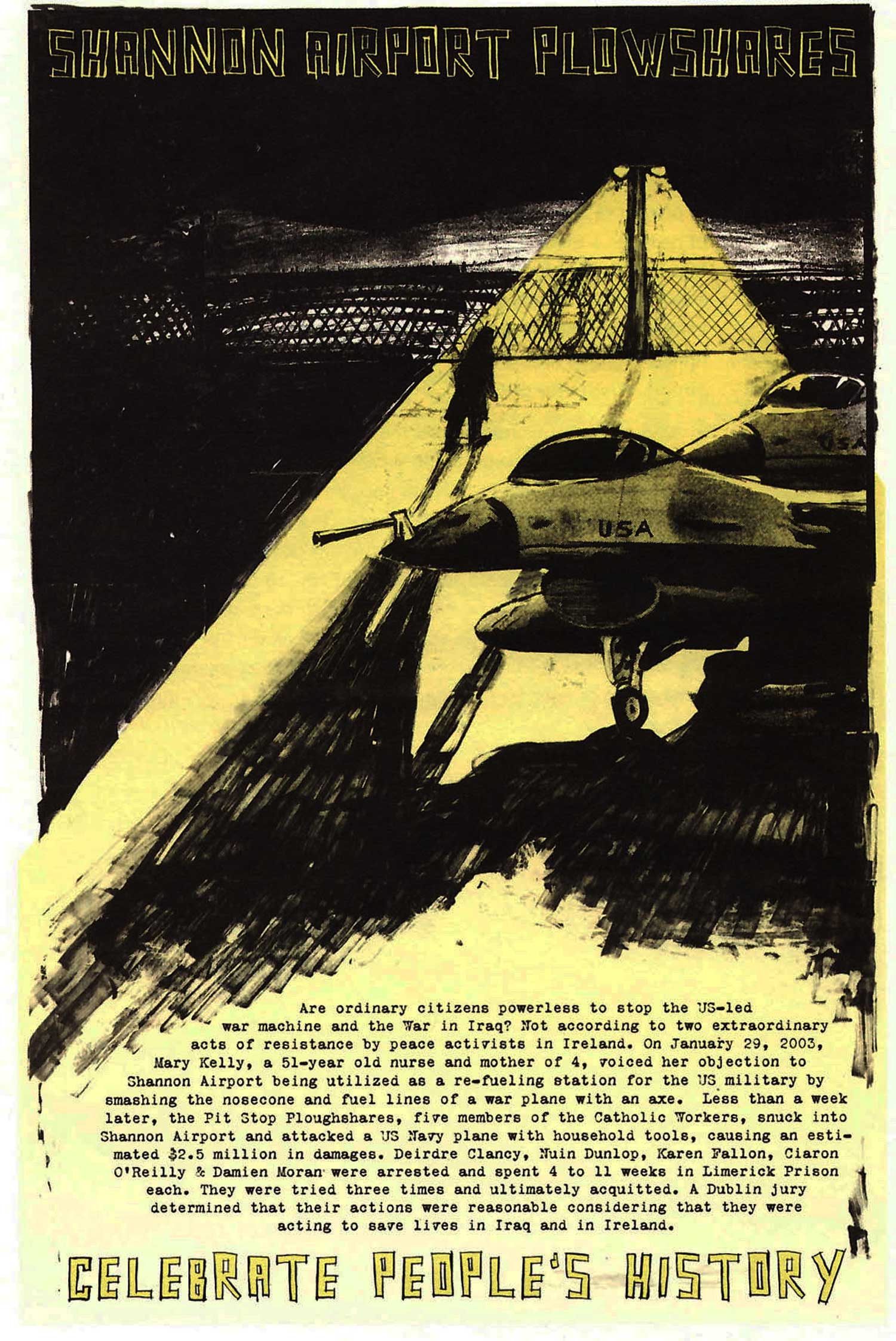 This is the silkscreen version of the Celebrated People’s History poster that I created for Josh Macphee’s CPH series and book. The image was inspired by time spent in Ireland in May of 2003 and witnessing the Irish anti-war movement. The text reads “Are ordinary citizens powerless to stop the US-led war machine and the war in Iraq? Not according to two extraordinary acts of resistance by peace activists in Ireland. On January 29, 2003, Mary Kelly, a fifty-one-year-old nurse and mother of four, voiced her objection to Shannon Airport being utilized as a refueling station for the US military by smashing the nosecone and fuel lines of a warplane with an axe. Less than a week later, the Pit Stop Ploughshares, five members of the Catholic Workers, snuck into Shannon Airport and attacked a US Navy plane with household tools, causing an estimated 2.5 million dollars in damages. Deidre Clancy, Nuin Dunlop, Karen Fallon, Ciaron O’Reilly, and Damien Moran were arrested and spent four to eleven weeks in Limerick Prison each. They were tried three times and ultimately acquitted. A Dublin jury determined that their actions were reasonable considering that they were acting to save lives in Iraq and in Ireland.”