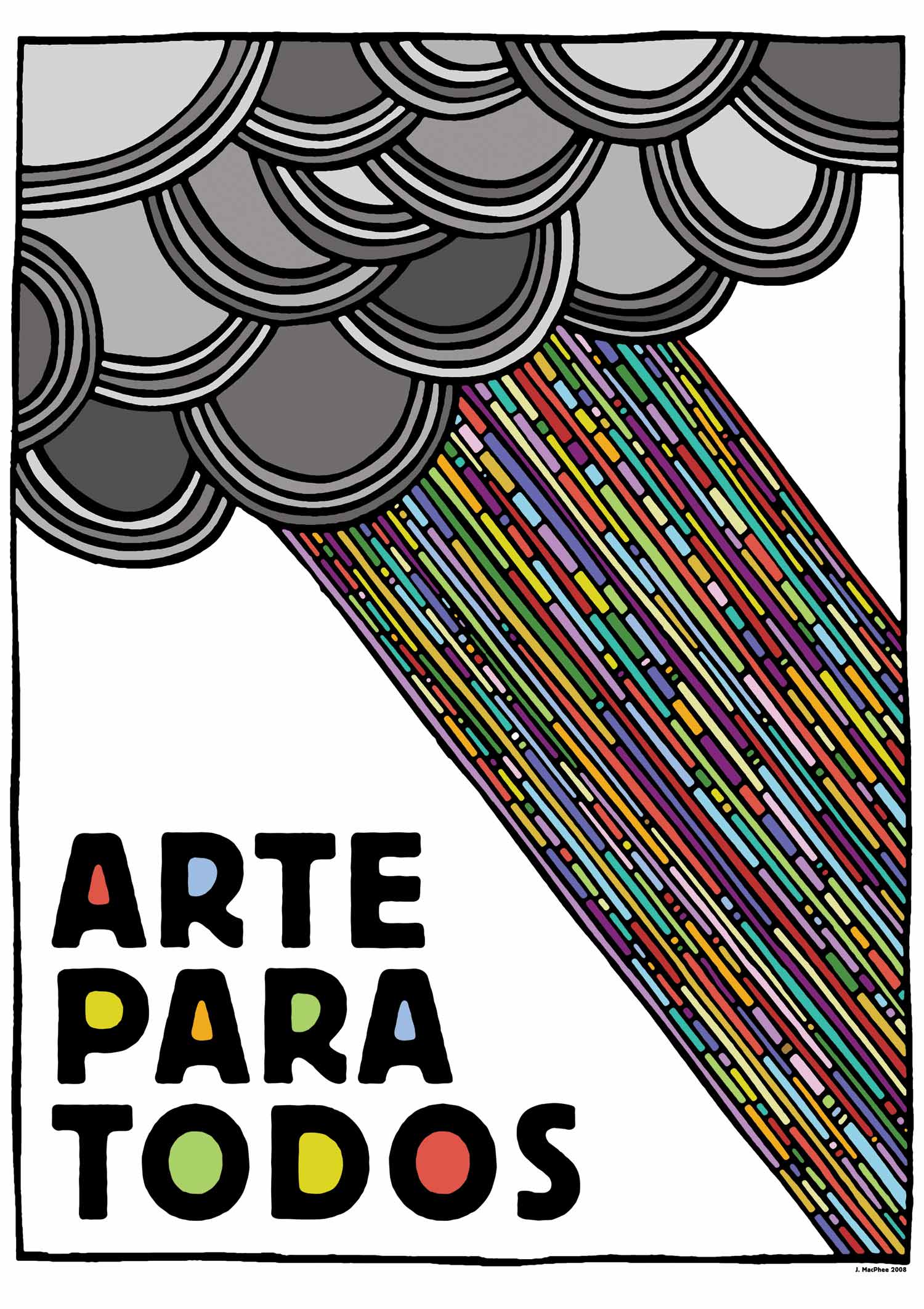 This poster image has a bit of history behind it. In the Fall of 2008, I traveled to Ecatepec, Mexico with a big crew of U.S.-based artists organized by Favianna Rodriguez (which also included Justseeds members Melanie Cervantes and Jesus Barraza; as well as members of Yo! What Happened to Peace? and Trust Your Struggle). While there, we connected with the Komal Collective, who organized the printing and distribution of eight posters as part of the call for “Art is a Human Right,” an extension of the Zapatista’s La Otra Campaña, and more specifically, a campaign to force the city to fund art centers in the poorest neighborhoods. Four of the posters were created by Komal, and four by members of our crew. We only had about 24 hours to come up with and build a design, so I used pieces of other posters to create mine: Arte Para Todos (Art for All). [You can read a lot more about this trip and what we did in my blog posts about it HERE.]

I received about a dozen of the posters printed in Mexico, which were really popular amongst friends here, but disappeared quickly! So we decided to include it as a free, fold-out poster within the 2010 Justseeds catalog. The trouble with this was that the catalogs were printed on such cheap newsprint that after hanging on people’s walls for a year, they started to disintegrate.

So, after much prodding and many emails requesting a higher-quality version, I contacted James from Black Cat Graphics in Providence, RI (where Meredith Stern has her offset posters printed), and we have produced a new edition. I wanted to create a poster that was beautifully printed, but very affordable, and that is what we’ve done.