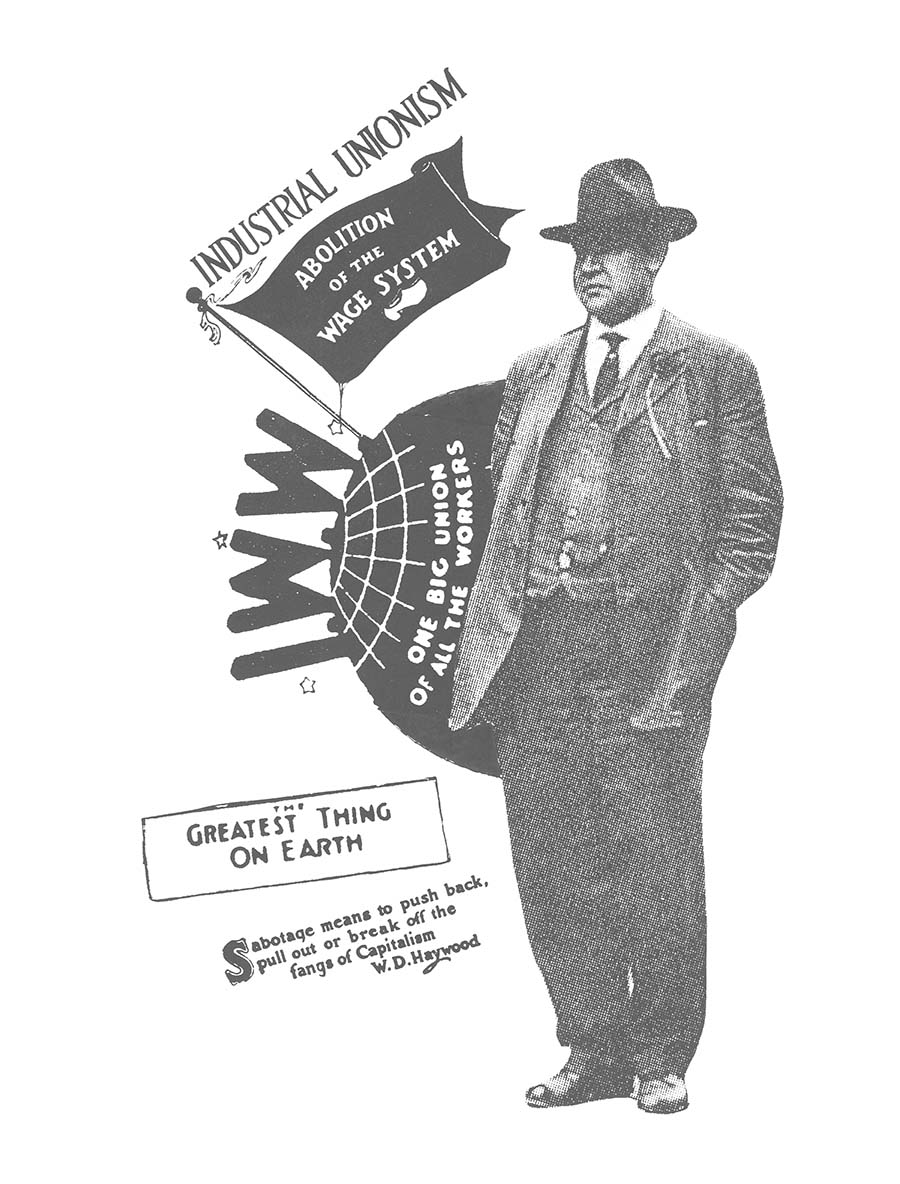 A one-color print of the collage that I made celebrating the IWW labor organizer Big Bill Haywood.

The IWW – the Industrial Workers of the World – were formed in 1905 in Chicago and represented radical union organizing at its best in the early 20th Century: The Wobblies were anti-capitalist, anti-racist, and stood in stark contrast to the other unions of its era. Strikes were led by organizers like Elizabeth Gurley Flynn, Carlo Tresca and William (Big Bill) Haywood, among others. The IWW were such a threat to the capitalist-ruling class that the US government unleashed every crooked law and tactic (the Palmer Raids) that they could to try to destroy the union in 1919 and 1920. Despite these efforts, the IWW continues to this day with chapters located all over the world. Today we celebrate their past, present, and future.