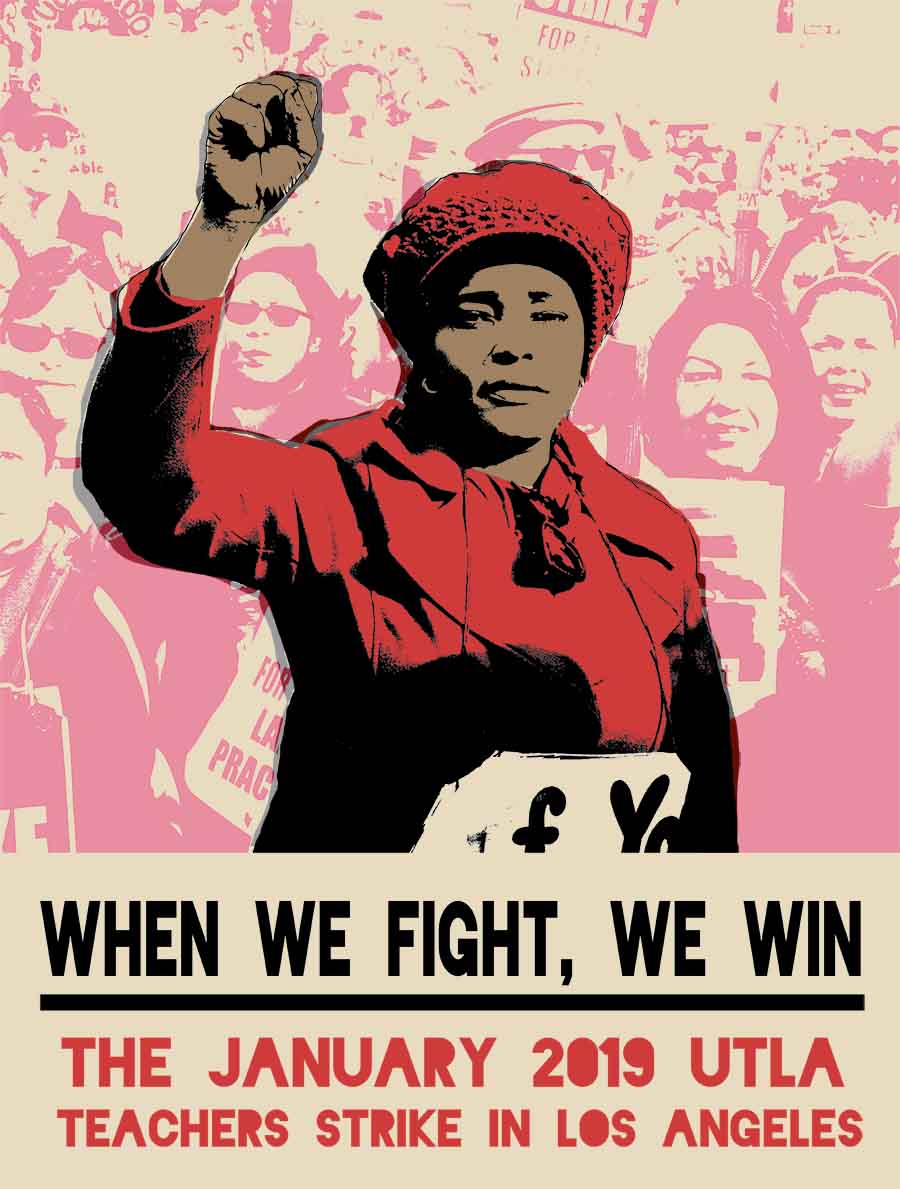 This 5-color silkscreen print is based on Joe Brusky’s iconic photograph of LAUSD early education teacher Vivian Odega who was one of tens of thousands of educators at a rally on the fifth day of UTLA’s historic 2019 strike in Los Angeles.

Here is the original photograph by Joe Brusky: 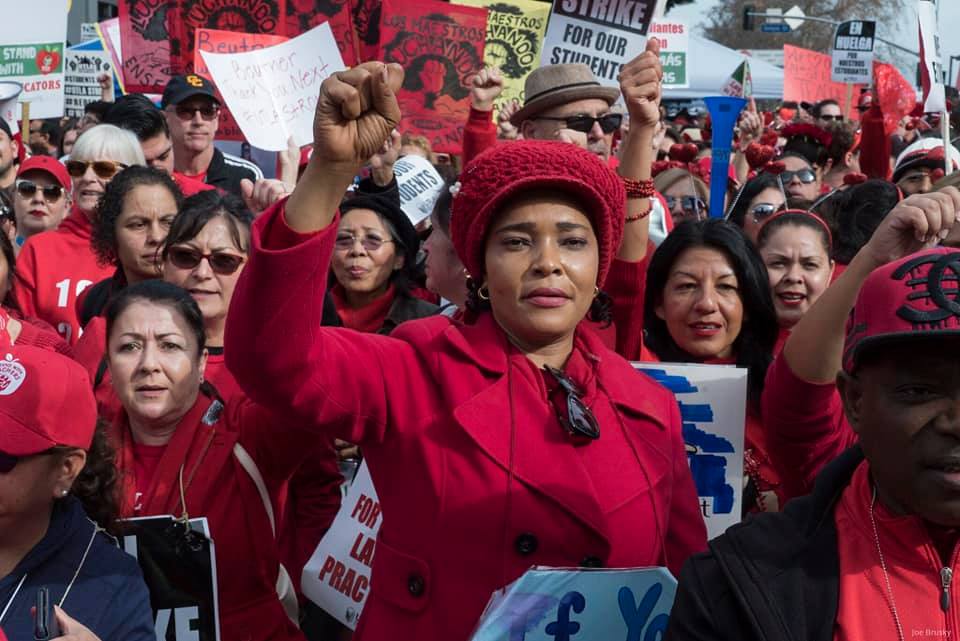 Los Angeles educators showcased why public school teachers and staff have become the vanguard of the labor movement in the US. In January of 2019 over 30,000 teachers, staff, and members of UTLA went on strike for the first time in thirty years demanding more resources for their classrooms, nurses and librarians in every school, smaller class sizes, higher wages, and a cap on charter schools. This action essentially shut down the city. LAUSD (the Los Angeles Unified School District) represents the nation’s second-largest school system with over 70,000 students.

The week-long UTLA strike (January 14 – 22, 2019) captured national attention and resulted in a historic victory for public education. The agreement included a 6% pay raise for teachers and smaller class sizes – a reduction in class size by four students per class for grades four through twelve over the course of three

years and the removal of a provision that had previously allowed larger class sizes during times of economic hardship. The agreement provided the steps for hiring a full-time nurse and librarian for every middle and high school in the district. It also included the establishment of thirty community schools around the district – modeled after similar programs in Austin, Texas that aim to provide students with social services and learning experiences in the arts. Other gains included assigning a lawyer to help students and families with immigration-related concerns, ending random searches, and creating green spaces at the schools.

The deal contained no binding agreements on charter schools, but it did include a non-binding resolution calling on the state to establish a cap on charter schools. Nine months later this was realized when Governor Gavin Newson signed a law in early October 2019 that reformed the states charter school system.

All of these gains were made by the power of organized labor. When we fight, we win!