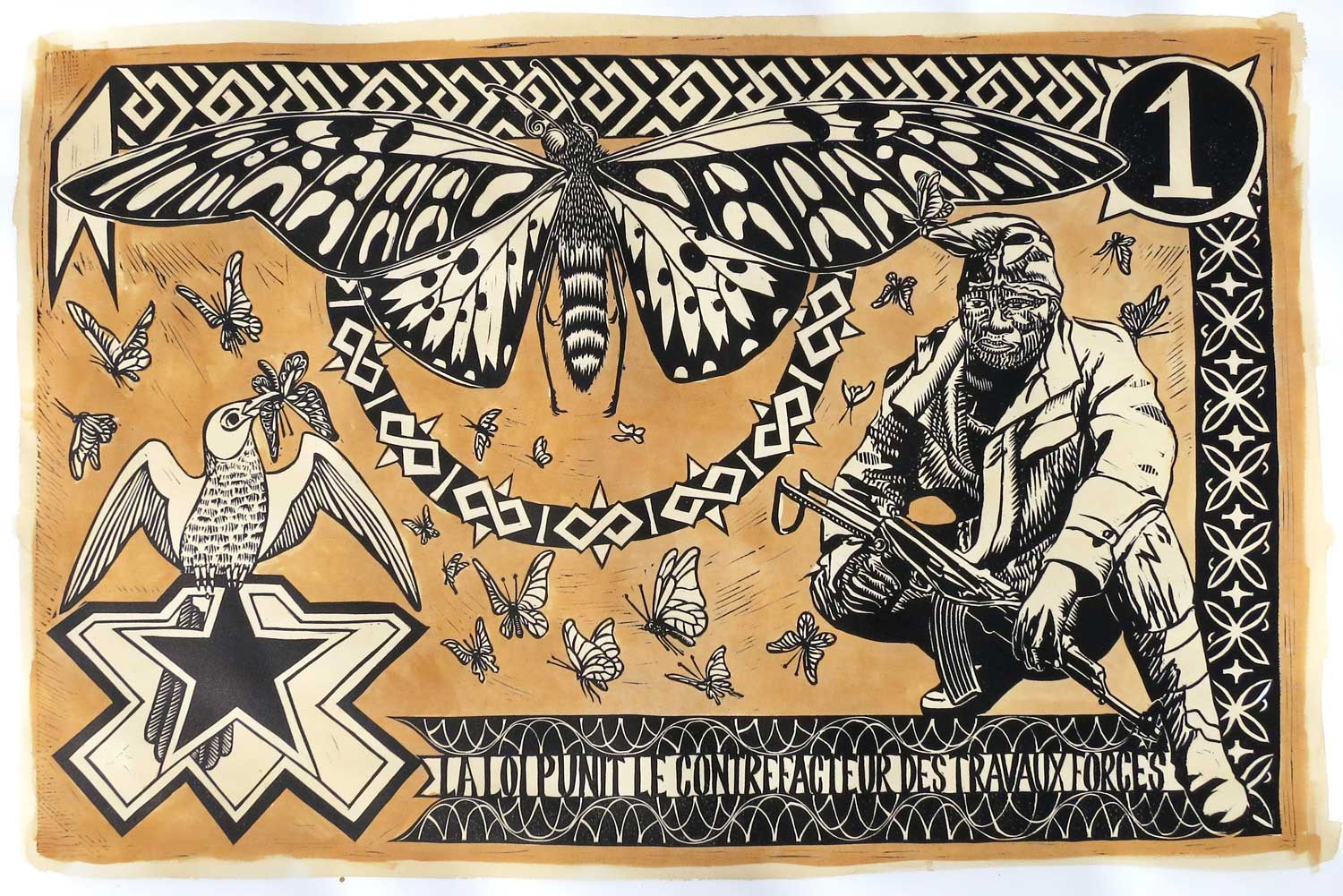 This print is part of a diptych: two images I made based on some of my experiences in DR Congo in late 2012. They are loosely based on the visual structure of banknotes from the colonial era, when Congo was under Belgian rule. Those banknotes tended to utilize both the fauna and the people of Congo as decorative elements in the background of the civilizing enterprise being conducted by the Belgians. Those people and animals had no worth of their own, only as part of the landscape on which a new falsified Europe was being constructed. That’s why these pieces are called “Counterfeit”. The title refers not only to fake money, but to fake societies, the colonial falsehoods built on peoples and landscapes that had their own integrity and history prior to the arrival of colonial power. In these images the people of Congo are stepping out of the frame back into their own power, into their own sense of place. I’ve also replaced the charismatic animal life by which much of Africa is defined with some of our friends the insects, much maligned and ignored, but without whom no life as we know it would be possible.

The French text in this image reads “The Law Punishes the Counterfeiter with Forced Labor”.