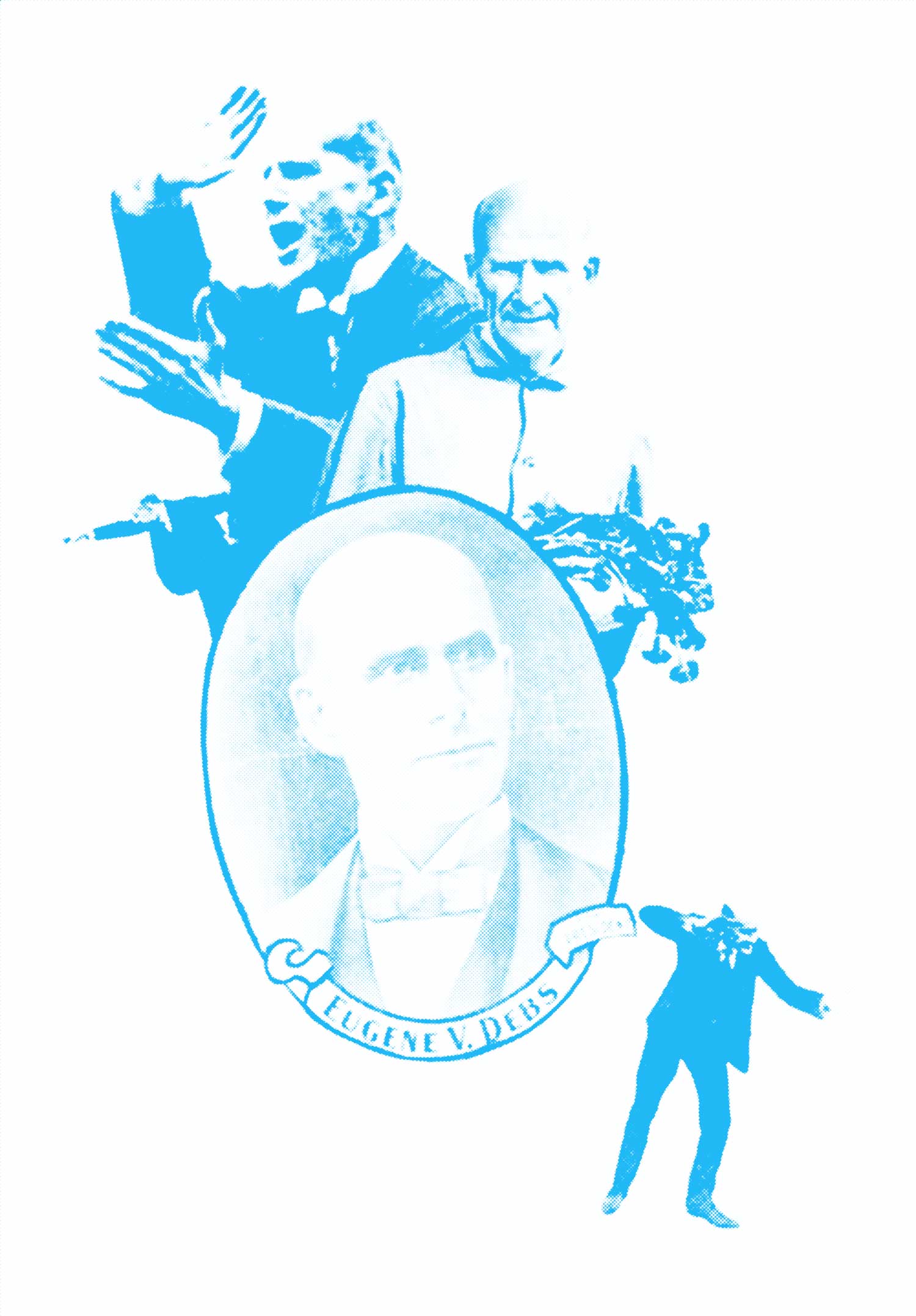 The name Eugene Debs is synonymous with socialism

the first industrial union (as opposed to traditional craft-based unions).

One year later, the ARU led a strike against the Pullman Railway Car

Company outside of Chicago, which became one of the most famous

in 27 states. Debs served six months in jail for leading the Pullman Strike.

While imprisoned he read Marx, and turned his focus towards socialist

organizing within the working class in the U.S. He helped found the

Industrial Workers of the World (IWW) in 1905, and as a political

America. His most famous campaign was conducted in 1920 while

he served time in Atlanta Federal Penitentiary, sentenced at age 63 to