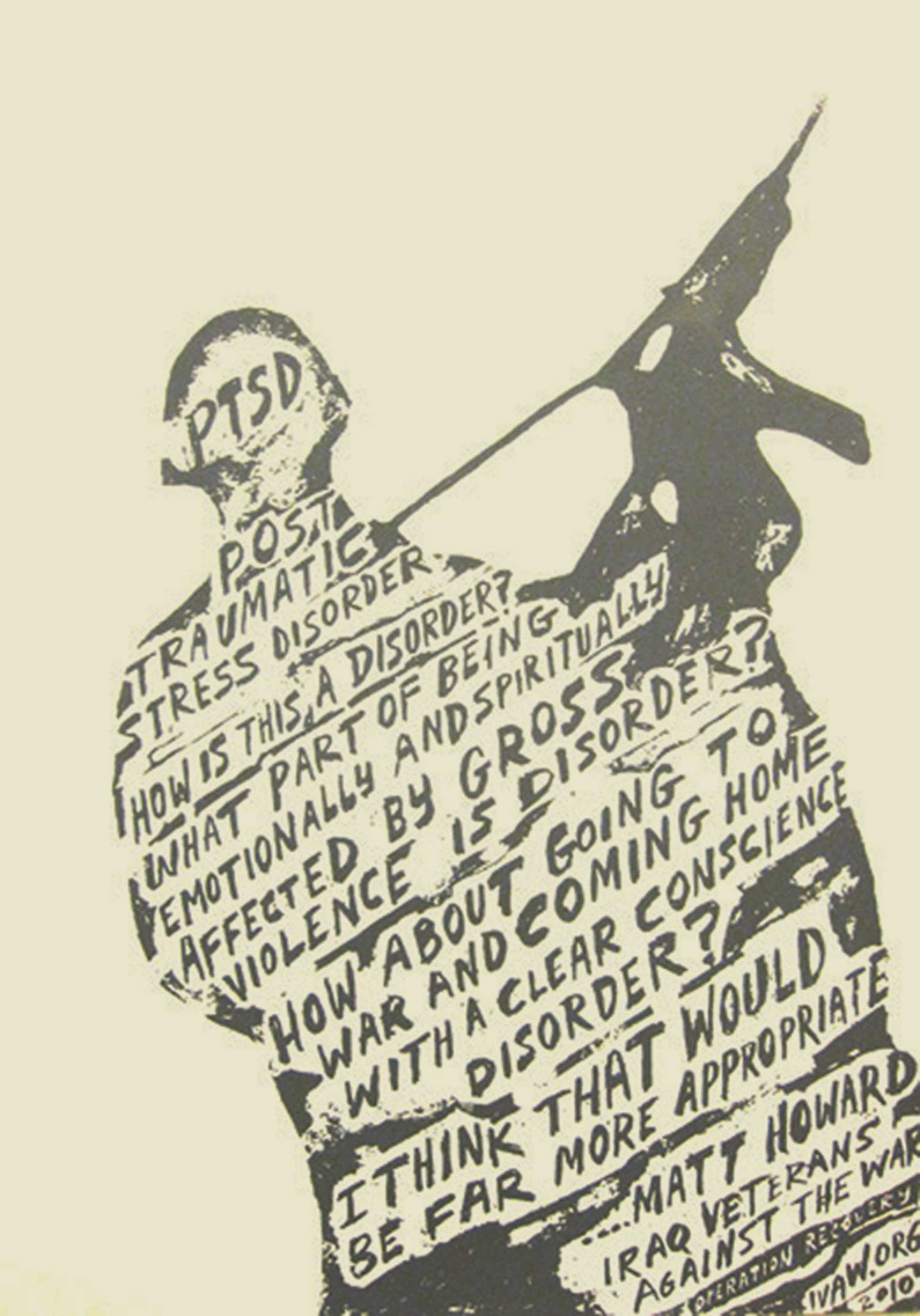 I created this image for the Justseeds-IVAW “War is Trauma” portfolio. A larger version of the image in a different color palette was printed for the JS-IVAW “Operation Exposure” street art action in Chicago and is available here. The image was inspired by writing by IVAW member Matt Howard in the IVAW Warrior Writers book. It was also inspired by conversations with Aaron Hughes about what type of graphics would be helpful for the IVAW “Operation Recovery” campaign that aims to stop the re-deployment of traumatized troops. The 2010 statistics are alarming: 20% to 50% of all service members deployed to Iraq and Afghanistan suffer from PTSD. A third of soldiers serving in Iraq and Afghanistan say they can’t see a mental health professional when they need to. Nearly 20% of service members are taking some type of psychiatric drug. The military suicide rate has increased 150% from 2001 to 2009. (Statistics from the IVAW “Operation Recovery” booklet) Just as alarming as these statistics is the disconnect between the civilian population and the veteran population. Only a small percentage of the American population is informed about the reality of PTSD, Traumatic Brain Injury (TBI), and Military Sexual Assault. Hopefully images can be part of the mix that adds to more awareness and more action is support of GI resistance and the GI right to heal.