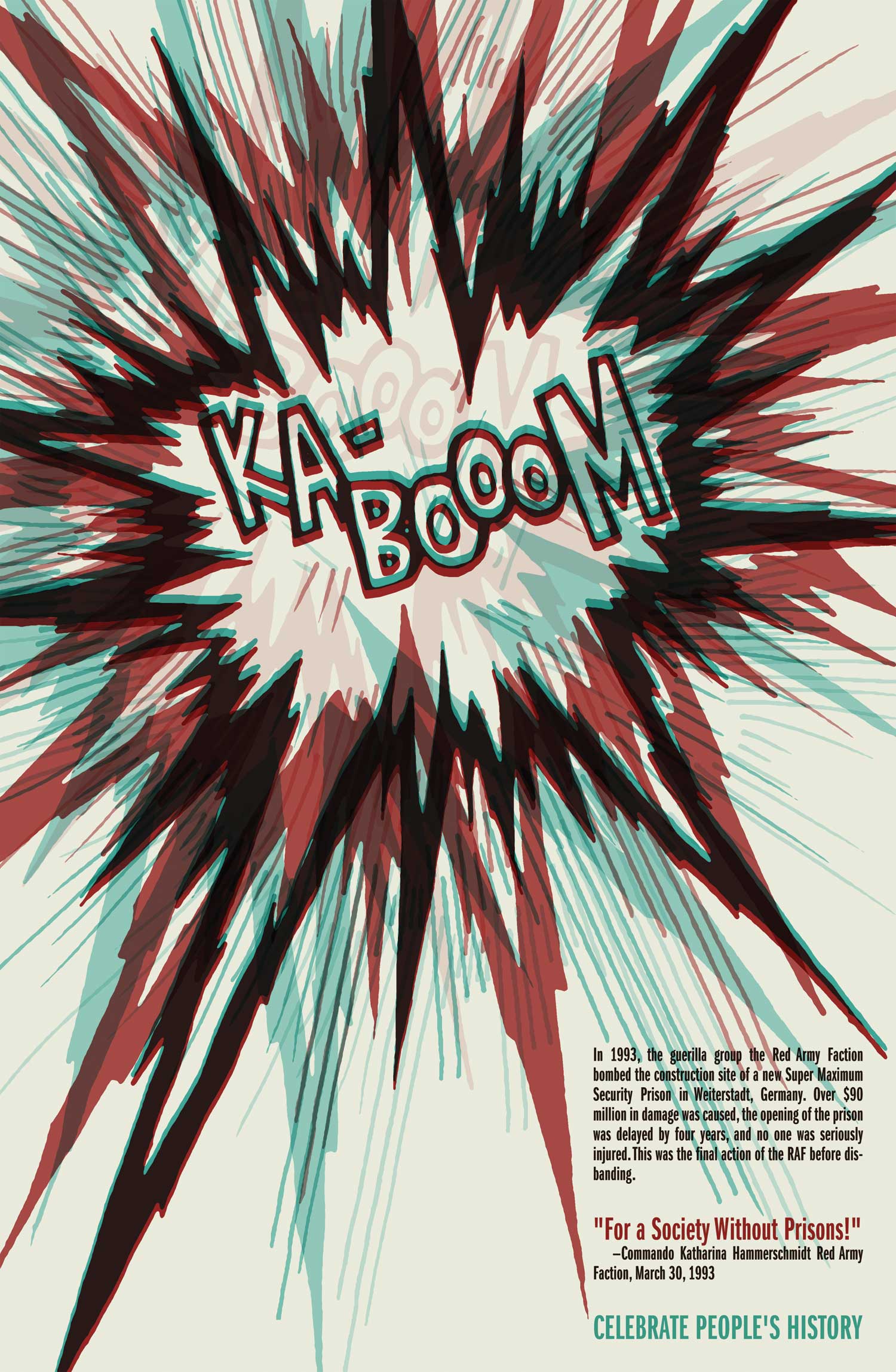 In 1993, the guerilla group the Red Army Faction bombed the construction site of a new super maximum security prison in Weiterstadt, Germany. Over $90 million in damage was caused, the opening of the prison was delayed by four years, and no one was seriously injured. This was the final action of the RAF before disbanding.

This is #85 in the Celebrate People’s History Poster Series.