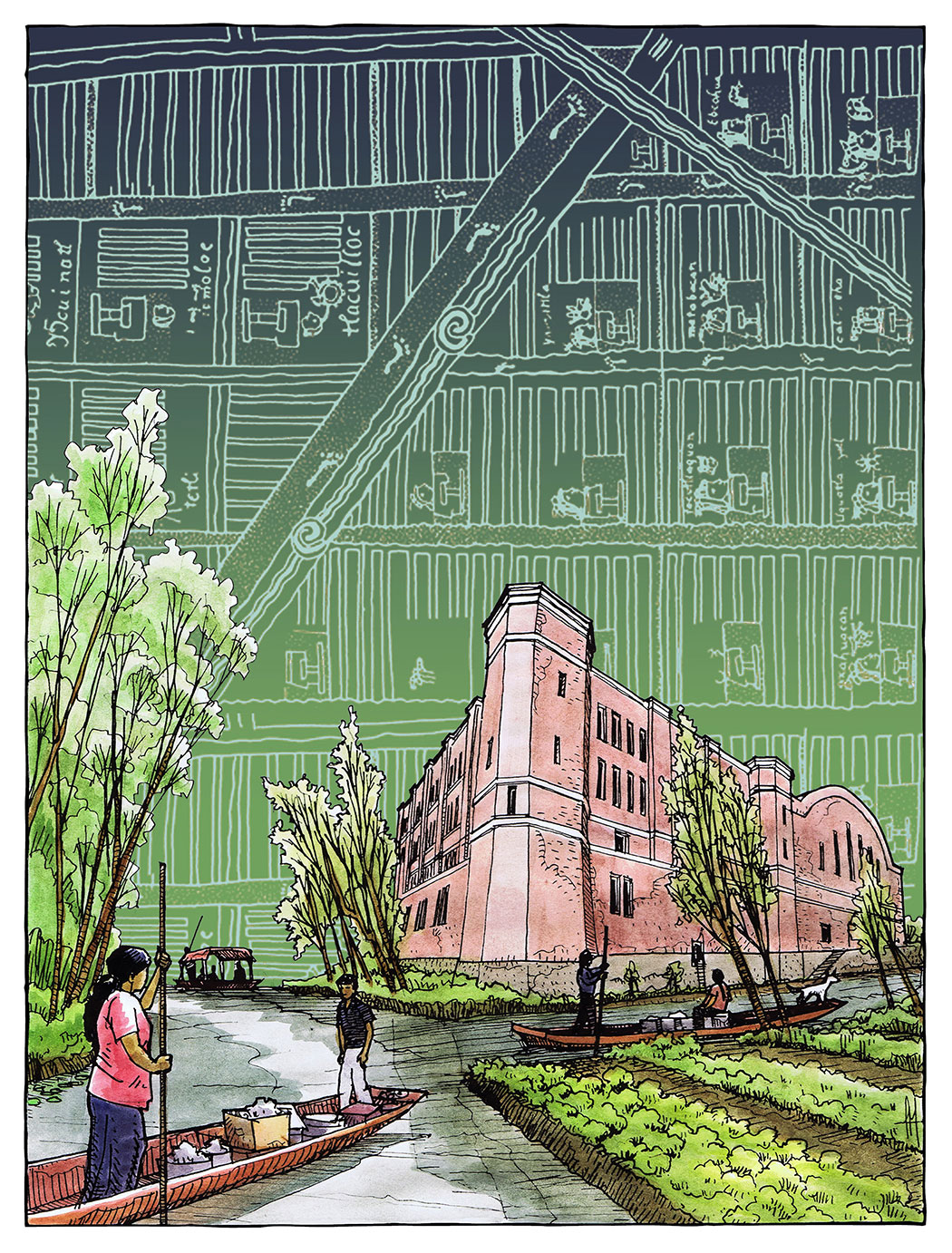 This was an image I’ve had in mind in some form or other since the late 90s, when the old Mission Anti-Displacement Coalition crashed a party held by the Mayor to celebrate turning the dilapidated National Guard Armory into a server farm. For years the city had discussed turning it over to the community for a dollar, but no one had the cash to bring it up to seismic safety standards, and finally the Mayor just gave it to his tech investor friends. The server farm didn’t last long, and then it became the home of Kink.com, till that also went away. Today, with National Guard troops mobilizing around the country to quell uprisings, the building had a different resonance. I remember writer John Ross telling the story of how Mission activists had surrounded the Armory in 1966 to stop troops from mobilizing to put down the Hunter’s Point uprising.

The Armory sits over a natural spring, and its basement floods with every rain. I originally imagined it sitting on a lake, with squatter shacks hanging off its walls like the hills above Guayaquil or Caracas. But as I thought more of rising seas and adapting to the new climates we will all be facing, the image that stuck was of the chinampas, the floating gardens of Tenochtitlan, still practiced in Xochimilco. Will our streets become canals, traveled by colorful lanchas, the sidewalks farmed in chinampas wherever the old creeks and marshes, now paved over, return to their watery state? The background image is adapted from a map of chinampa farm tributes, ca. 1542, from the National Institute of Anthropology and History, Mexico. 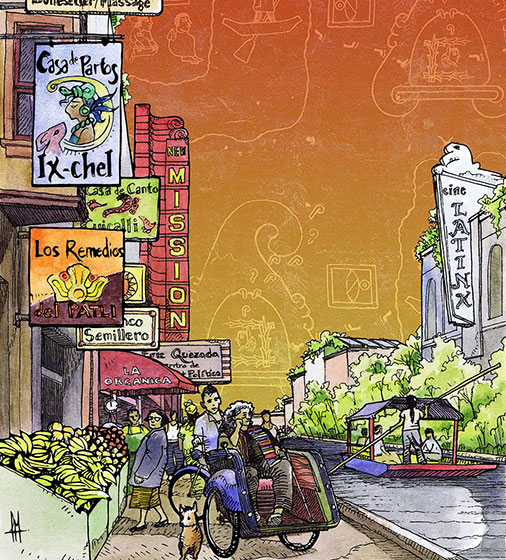 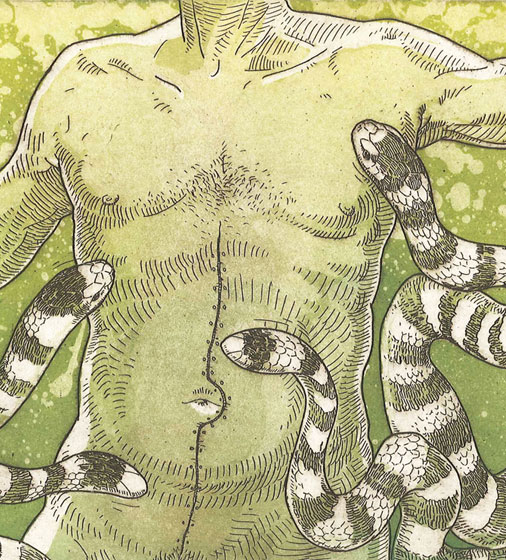 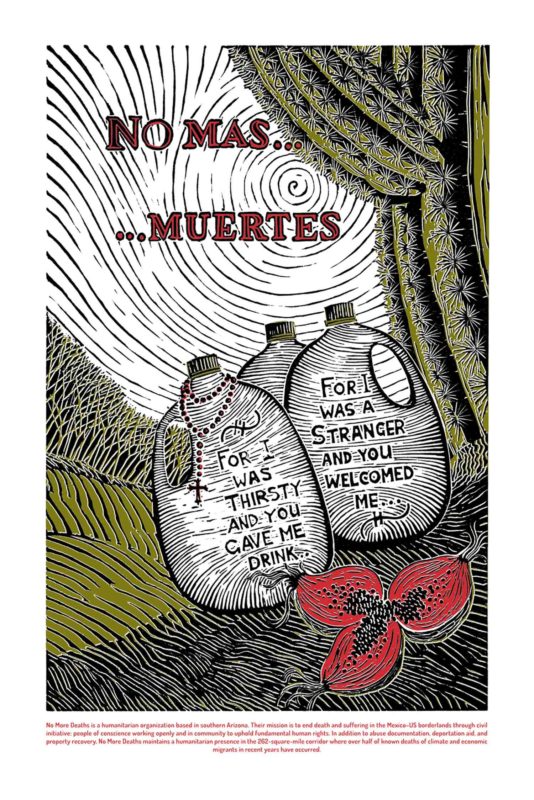 Fernando Martí & No More Deaths
Screen Print
Out of Stock