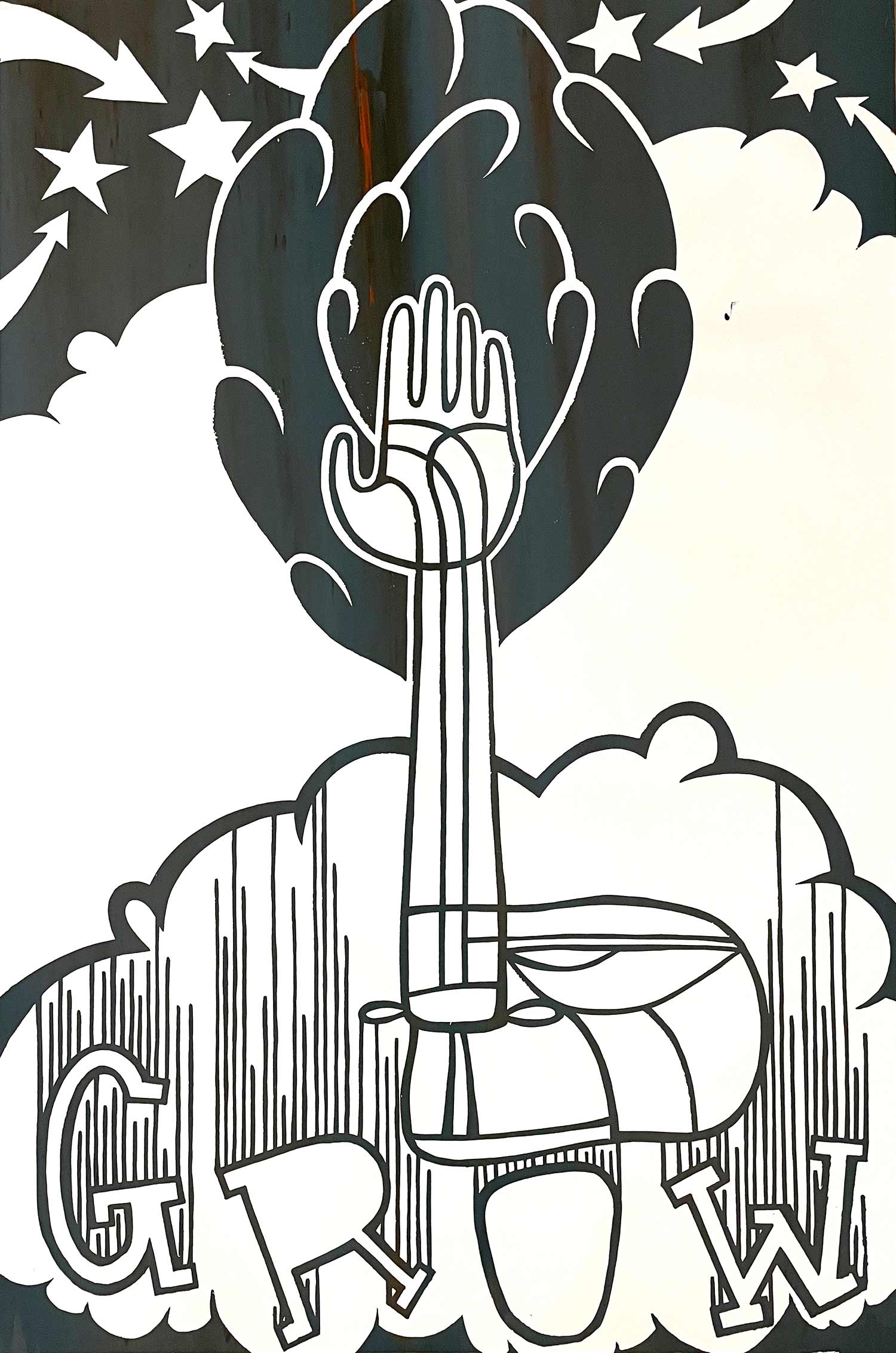 These large-format screenprints are from the street art period in Chicago. I printed them in 2003 or 2004, and wheatpasted them up in multiple cities. Recently yanked from the seemingly bottomless pit of my flat files, these are the only remaining prints from a whole series of similar work, featuring heads, hands, clouds, and houses.

These are the last copies I have, originally created for wheatpasting on the street. They are clean, but scrappy, with some stray ink splotches and dry spots and a little bit of creasing in some spots. They were, after all, originally meant for the street.Some of these are dark grey, some are brick red.

Here are some images of the posters pasted up in Pittsburgh back in the early 2000s: 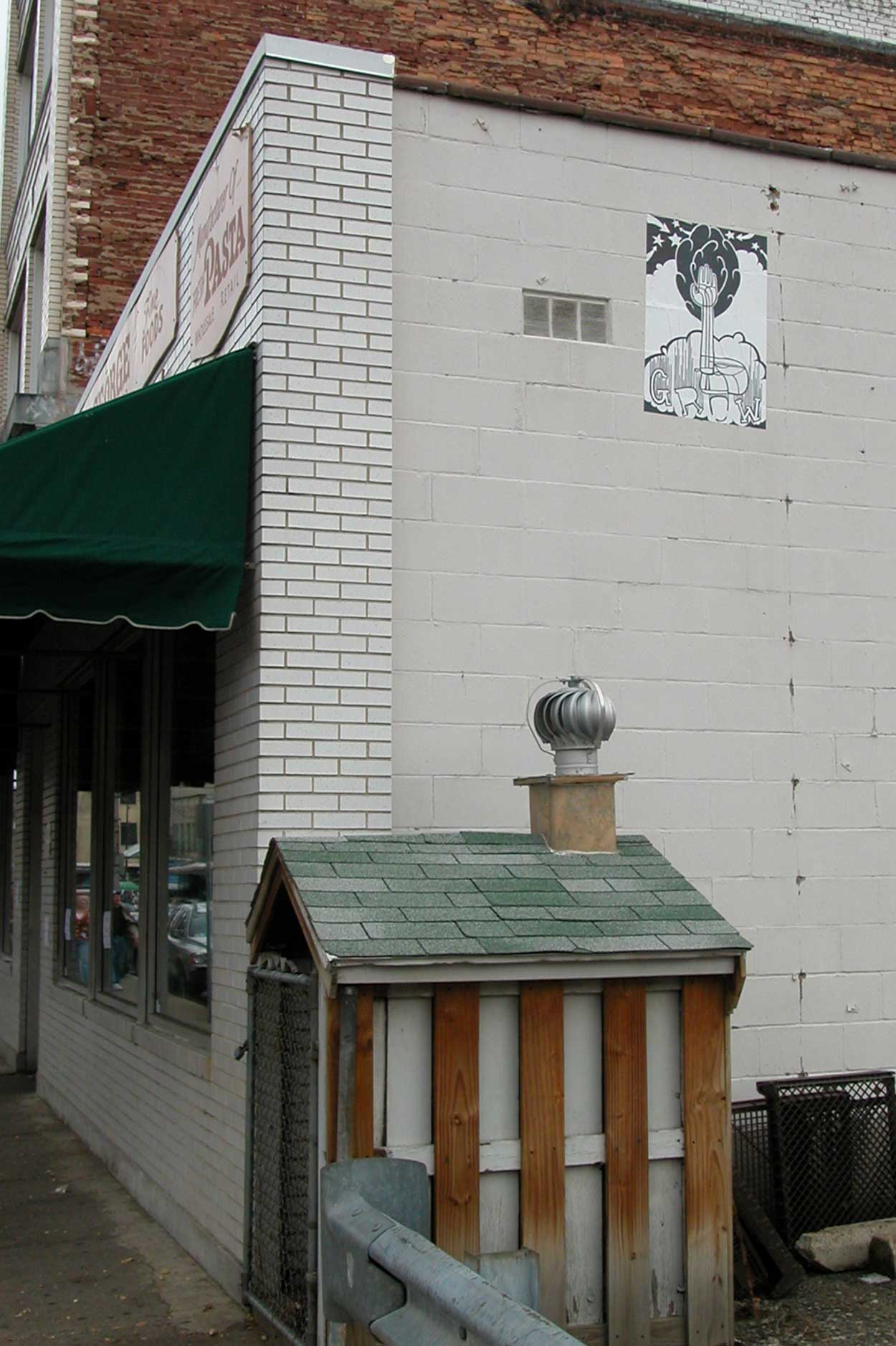 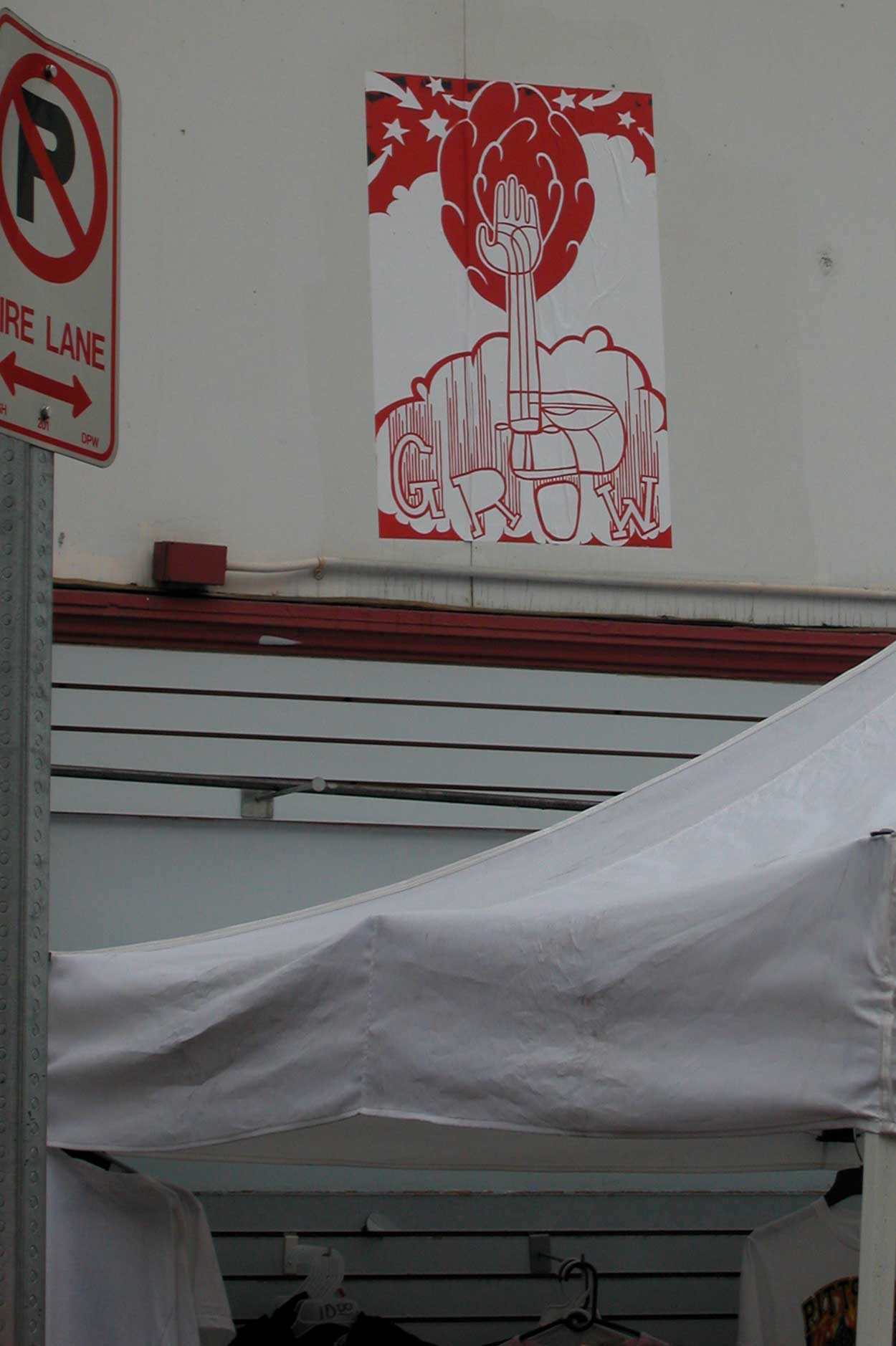