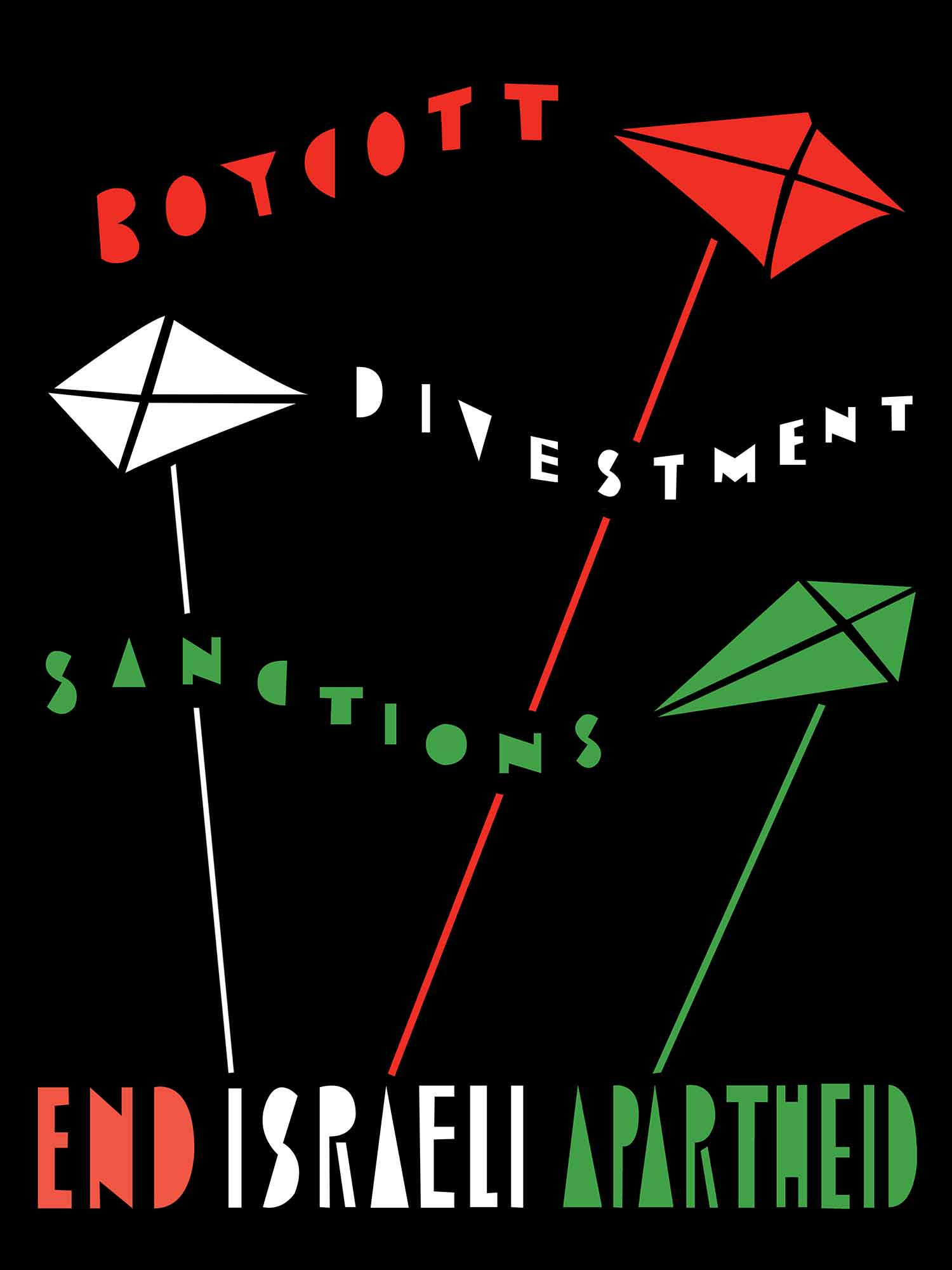 Kites require the force of wind, from below, to fly. It is a force, from below, that I hope will be produced by social movements of the world. One that supports the Palestinian people in their struggle for survival and self-determination in the face of the occupation by the state of Israel.

The kites are a reference to an account from a comrades experience doing ISM (International Solidarity Movement) in the early 2000’s. He was working with Palestinian EMTs and an Israeli plane flew overhead. A Palestinian pointed at the plane and said “Israeli Air Force” then he pointed at kites, being flown by some children nearby, and said “Palestinian Air Force”.