Iraq Veterans Against the War: Call to Resist the G20 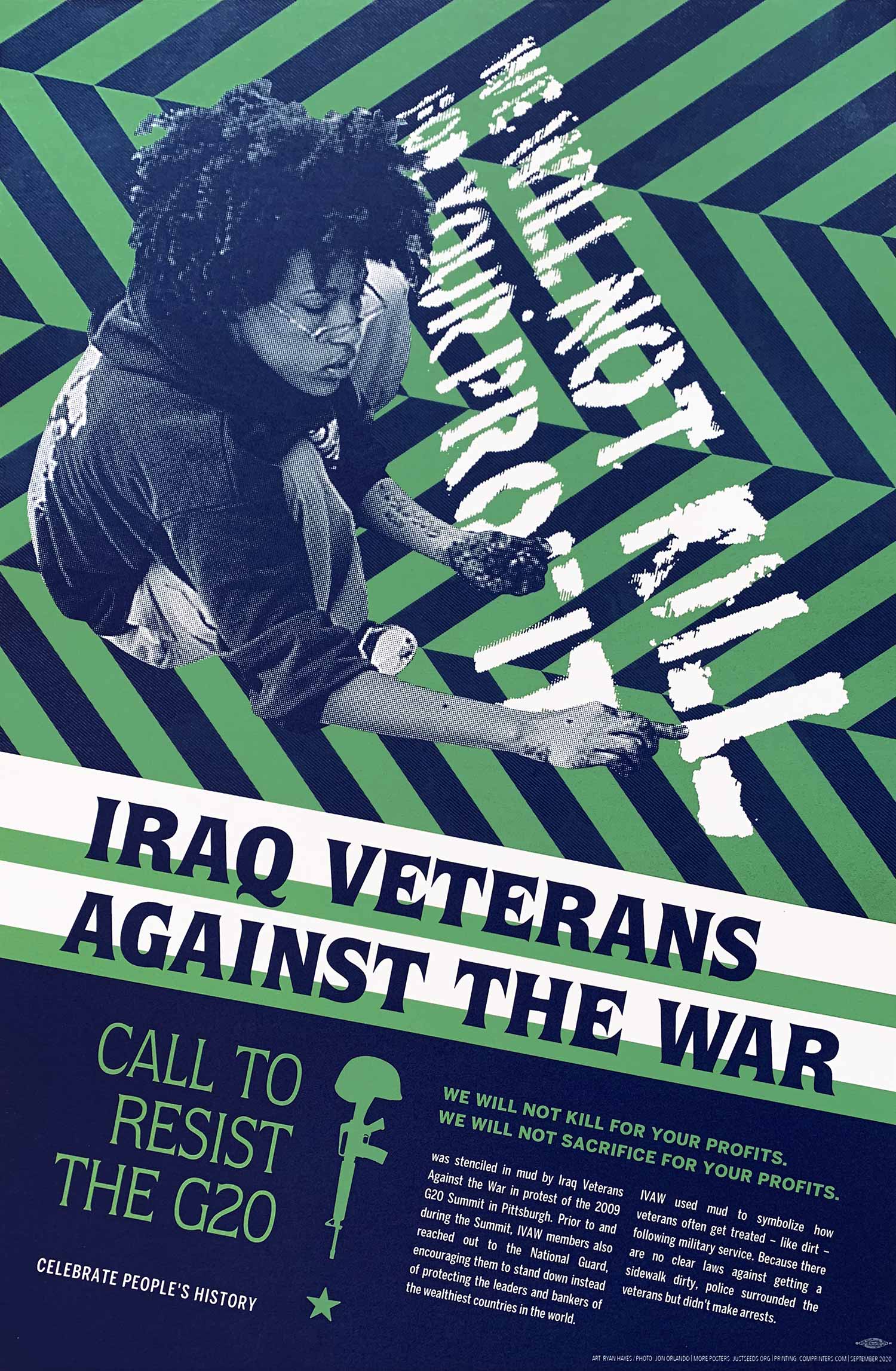 “We will not sacrifice for your profits. We will not kill for your profits.” was stenciled in mud by Iraq Veterans Against the War in protest of the 2009 G20 Summit in Pittsburgh, Prior to and during the Summit, IVAW members also reached out to the National Guard, encouraging them to stand down instead of protecting the leaders and bankers of the wealthiest countries in the world.

IVAW used mud to symbolize how veterans often get treated—like dirt—following military service. Because there are no clear laws against getting a sidewalk dirty, police surrounded the veterans but didn’t make arrests.

This is poster #137 in the Celebrate People’s History Poster Series. 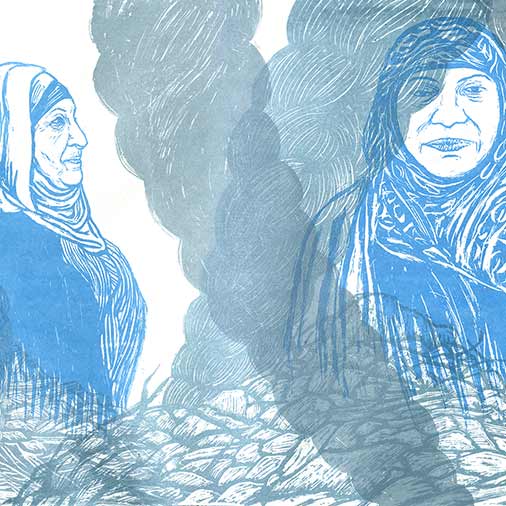 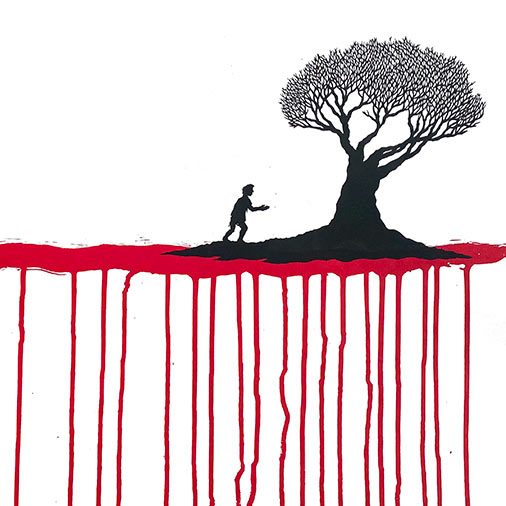 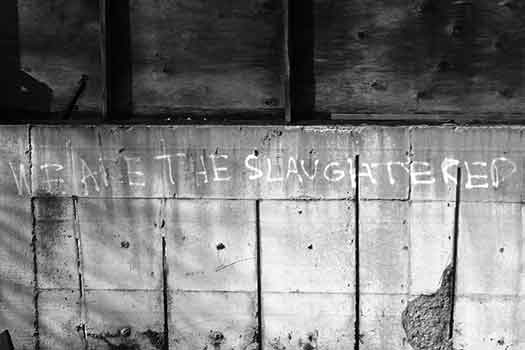 WE ARE THE SLAUGHTERED GENERATION. Gowanus, Brooklyn. January, 24, 2012