J18, or the Carnival Against Capitalism 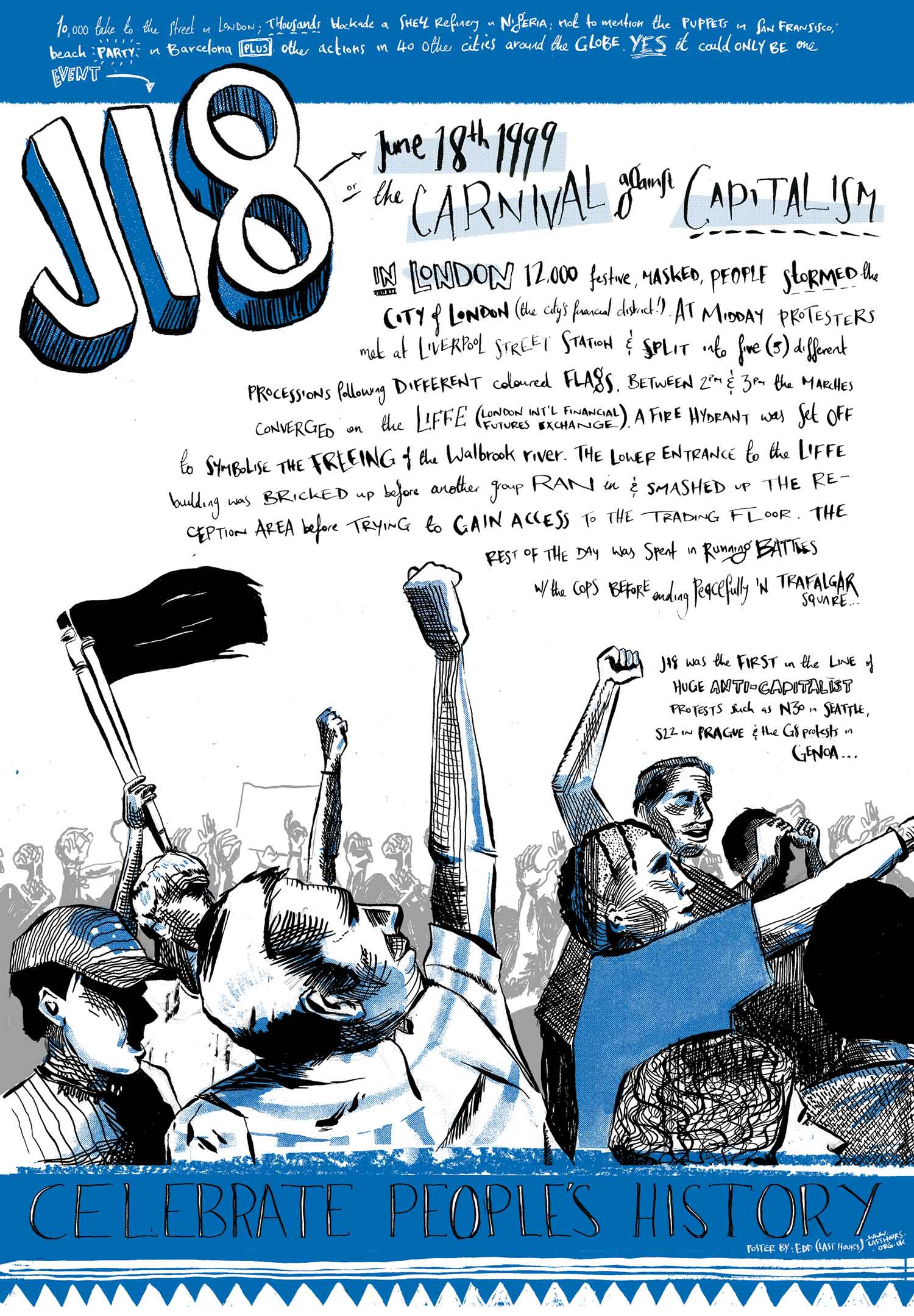 In London twelve thousand festive, masked people stormed the city of London (the city’s financial district!). At midday protesters met at Liverpool street station and split into five different processions following different colored flags. Between 2 p.m. and 3 p.m. the marches converged on the LIFFE (London International Financial Futures Exchange). A fire hydrant was set off to symbolize the freeing of the Walbrook River. The Lower Entrance to the LIFFE building was bricked up before another group ran in and smashed up the reception area before trying to gain access to the trading floor. The rest of the day was spent running battles with the cops before ending peacefully in Trafalgar Square . . .

J18 was the first in the line of huge anticapitalist protests such as N30 in Seattle, S22 in Prague, and the G8 protests in Genoa.

This is #102 in the Celebrate People’s History Poster Series.

Edd Baldry is a designer based in Bristol, England. He goes running a lot.