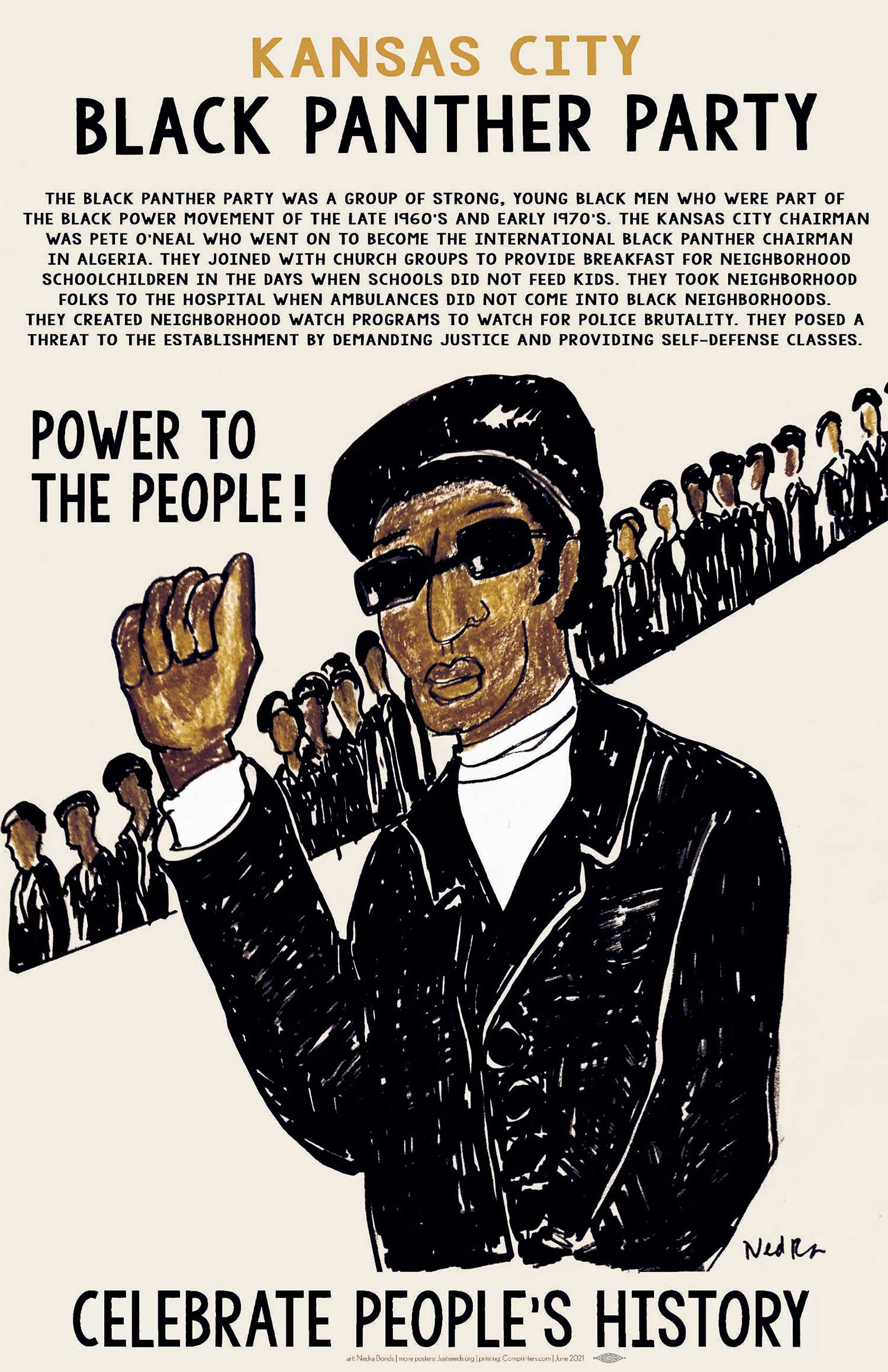 “The Black Panther Party was a group of strong, young black men who were part of the Black Power movement of the late 1960s and early 1970s. The Kansas City Chairman was Pete O’Neal who went on to become the International Black Panther Chairman in Algeria. They joined with church groups to provide breakfast for neighborhood schoolchildren in the days when schools did not feed kids. They took neighborhood folks to the hospital when ambulances did not come into Black neighborhoods. They created neighborhood watch programs to watch for police brutality. They posed a threat to the establishment by demanding justice and providing self-defense classes.

This is #141 in the Celebrate People’s History Poster Series.

This poster was originally produced as part of a regional Kansas People’s History Poster series.

NedRa Bonds is an American quilter, educator, and activist born and raised in the Quindaro neighborhood in Kansas City, KS.