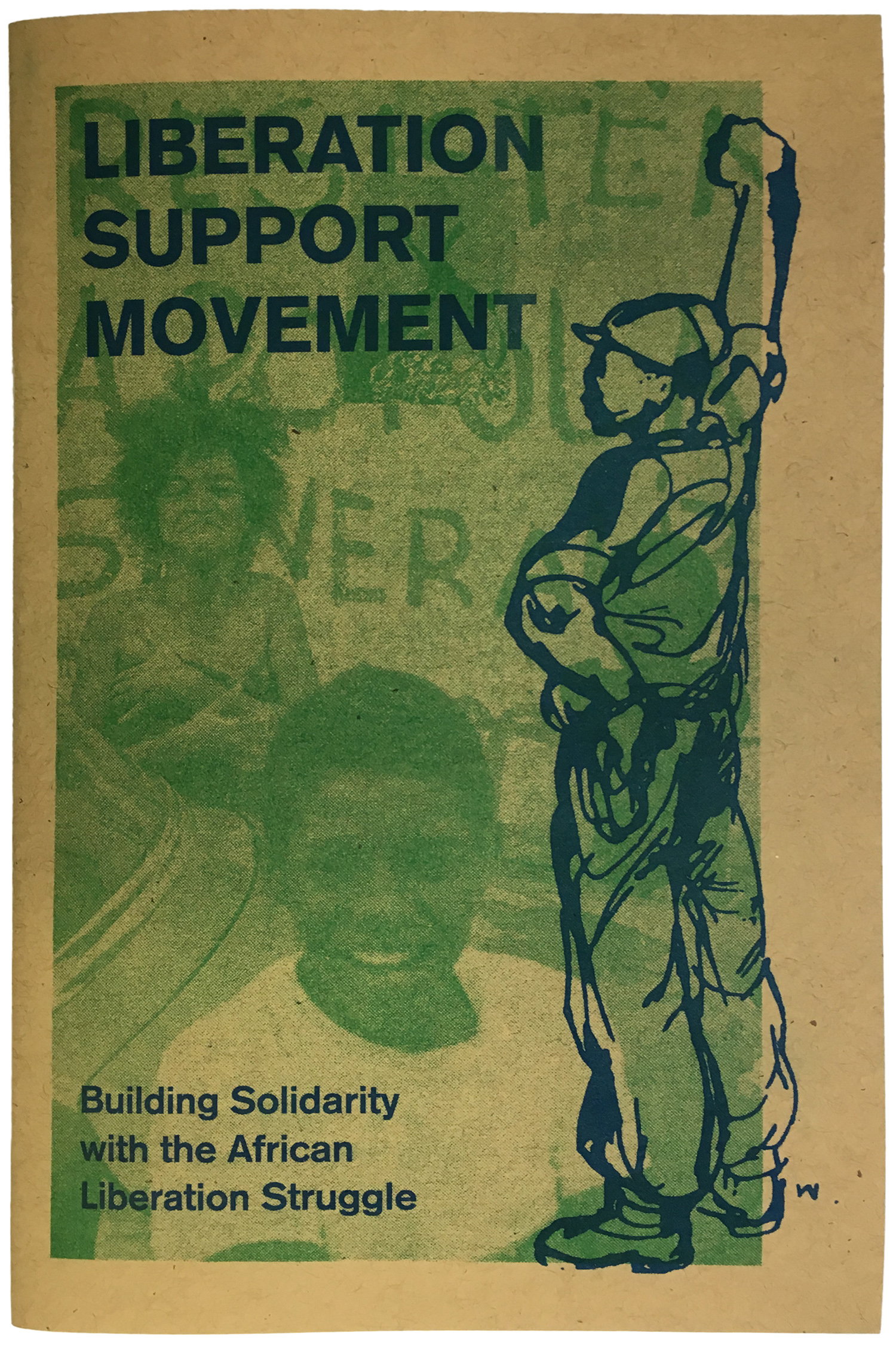 The Liberation Support Movement (LSM) was a North American solidarity organization which existed from 1968 to 1982. Marxist and anti-imperialist in orientation, they primarily sought to build support within the U.S. and Canada for African liberation movements. They built direct connections with representatives of movements from Angola, Mozambique, Namibia, South Africa, Zimbabwe, and more. With their own print shop and an ambitious political program, they published dozens of pamphlets, newsletters, posters, buttons, and even record albums featuring the stories, theories, and culture of African revolutionaries. In addition they booked tours, film screenings, and collected money for direct material aid. At a time when most political groups in N. America were either focused on the domestic sphere or Vietnam, LSM brought the struggles of people from across Africa into the consciousness of the Left. 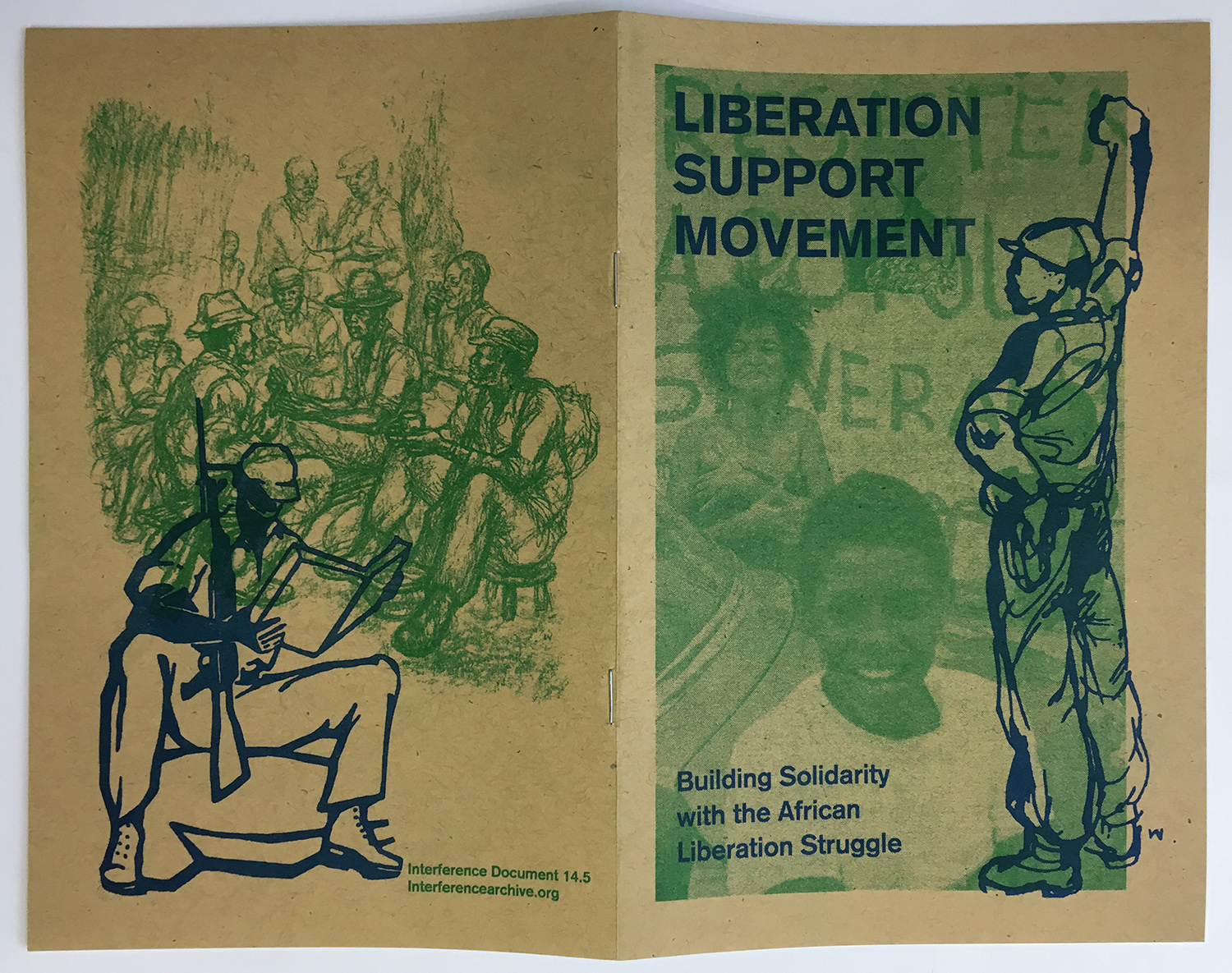 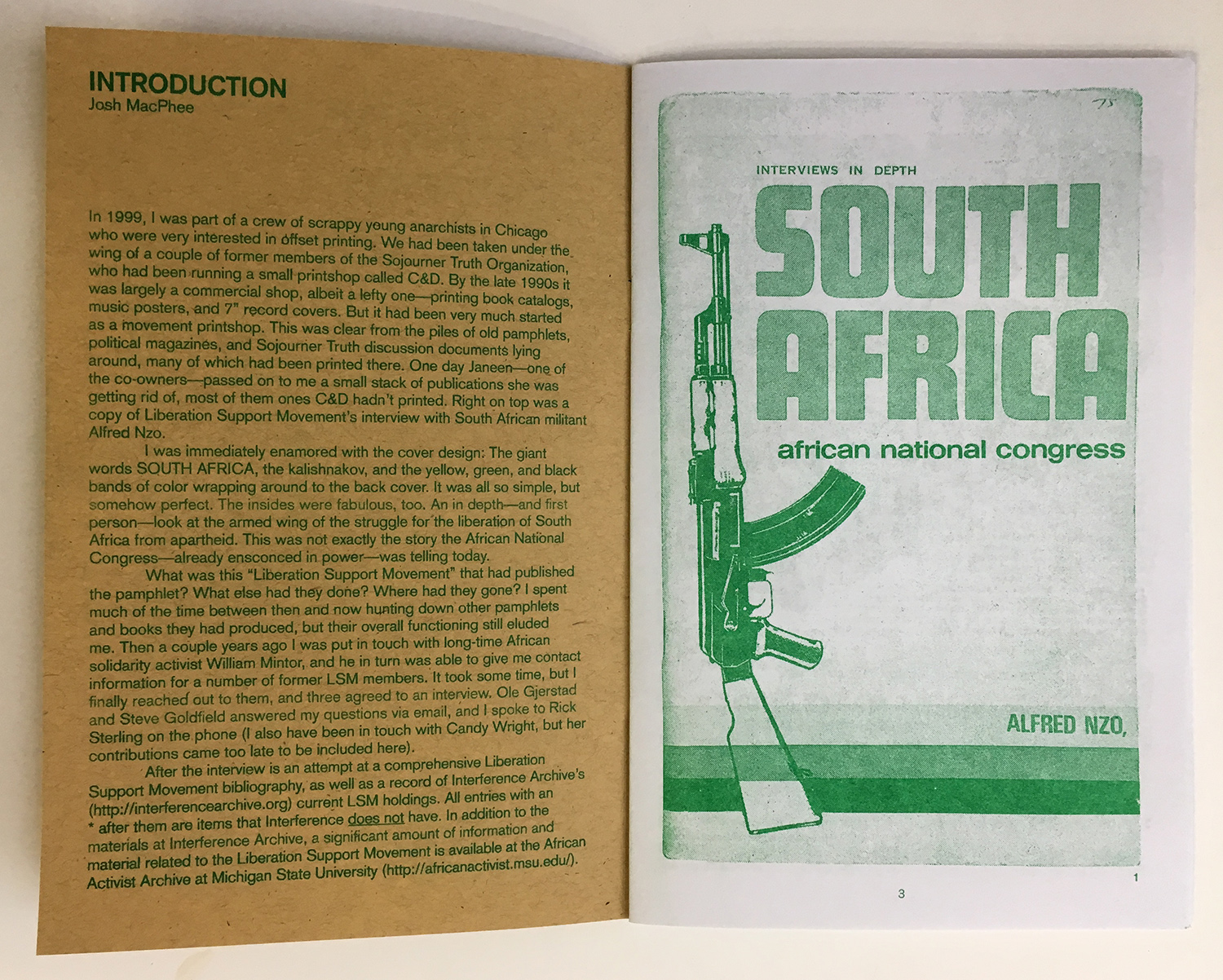 For this publication, Josh MacPhee has interviewed three former members of the LSM, as well as compiled a bibliography of the groups printed output. The booklet also features an introduction and 23 images.

Published in association with Interference Archive and the Fall 2016 exhibition We Are What We Archive which included a section on the Liberation Support Movement. 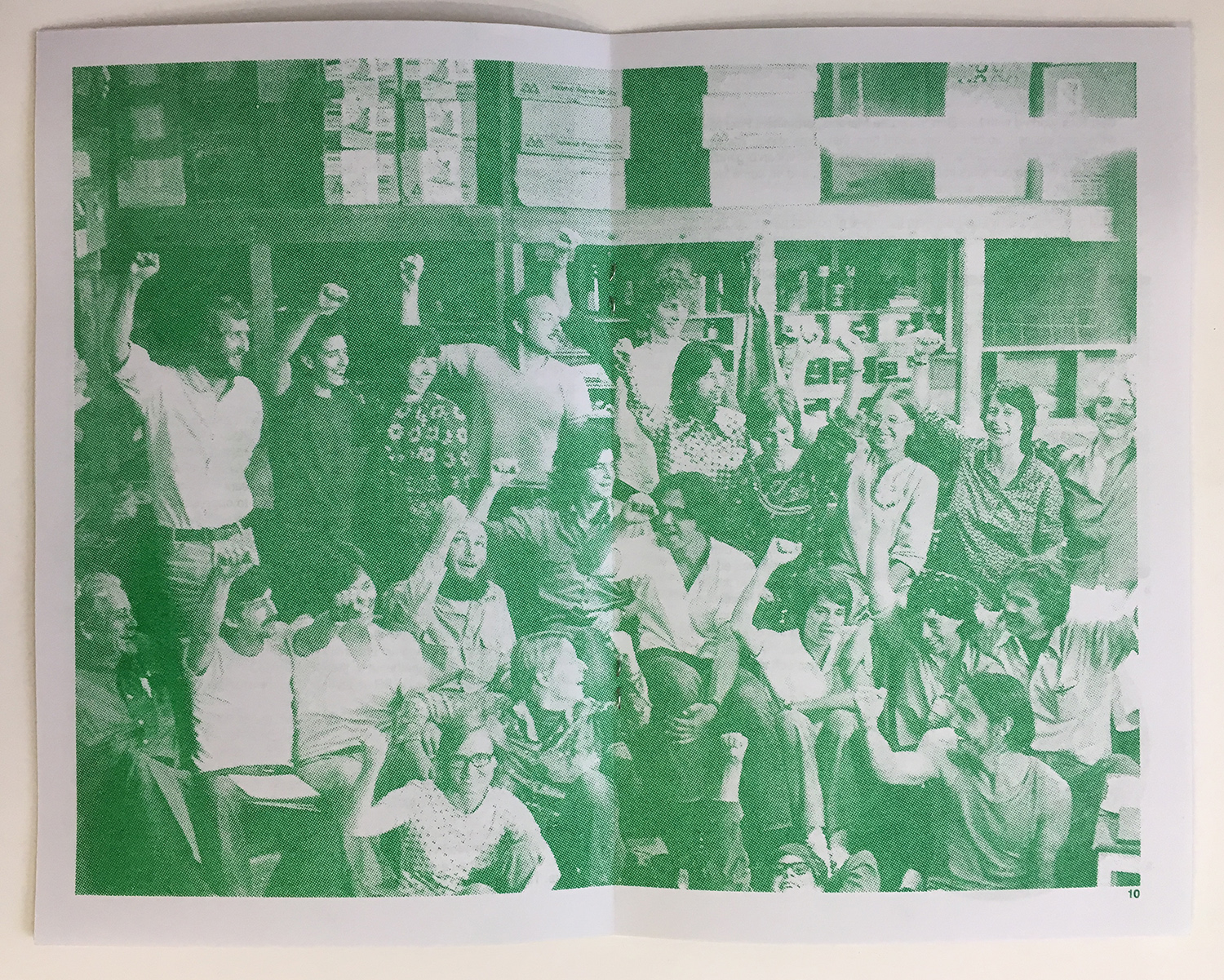 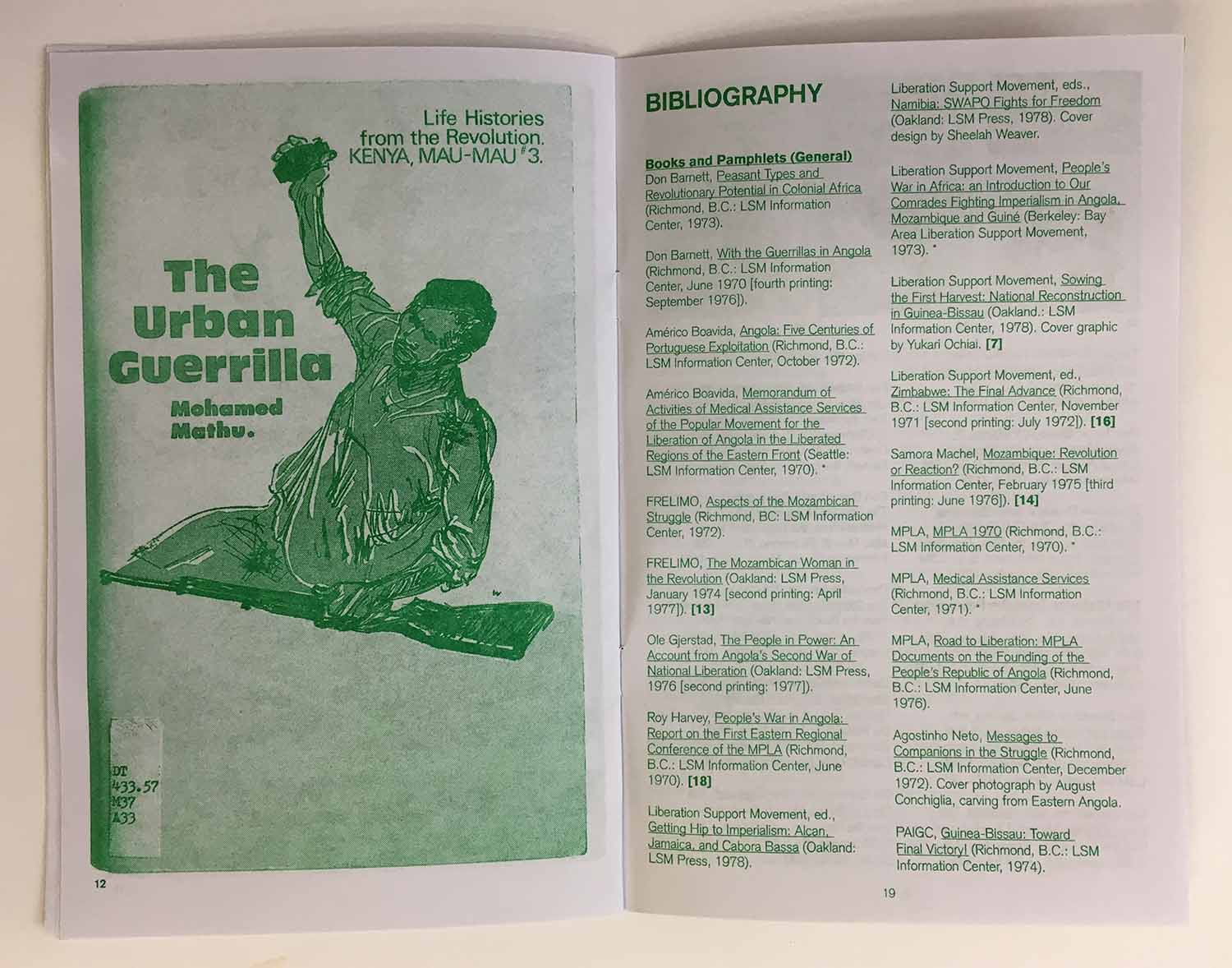