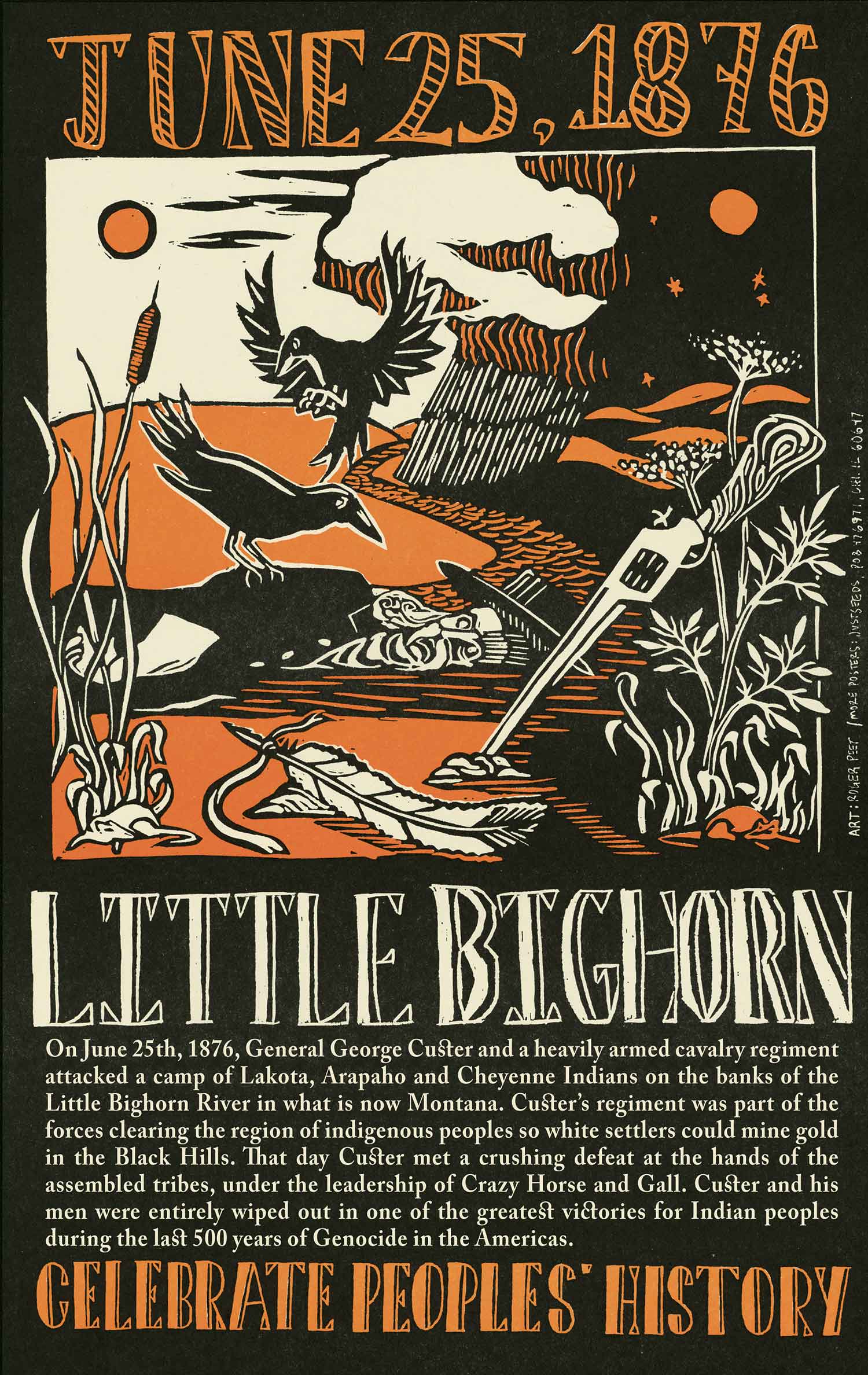 On June 25, 1876, General George Custer and a heavily armed cavalry regiment attacked a camp of Lakota, Arapaho, and Cheyenne Indians on the banks of the Little Bighorn River in what is now Montana. Custer’s regiment was part of the forces clearing the region of indigenous peoples so white settlers could mine gold in the Black Hills. That day Custer met a crushing defeat at the hands of the assembled tribes, under the leadership of Crazy Horse and Gall. Custer and his men were entirely wiped out in one of the greatest victories for Indian peoples during the last five hundred years of genocide in the Americas.

This is #5 in the Celebrate People’s History Poster Series.