May All Beings Have… 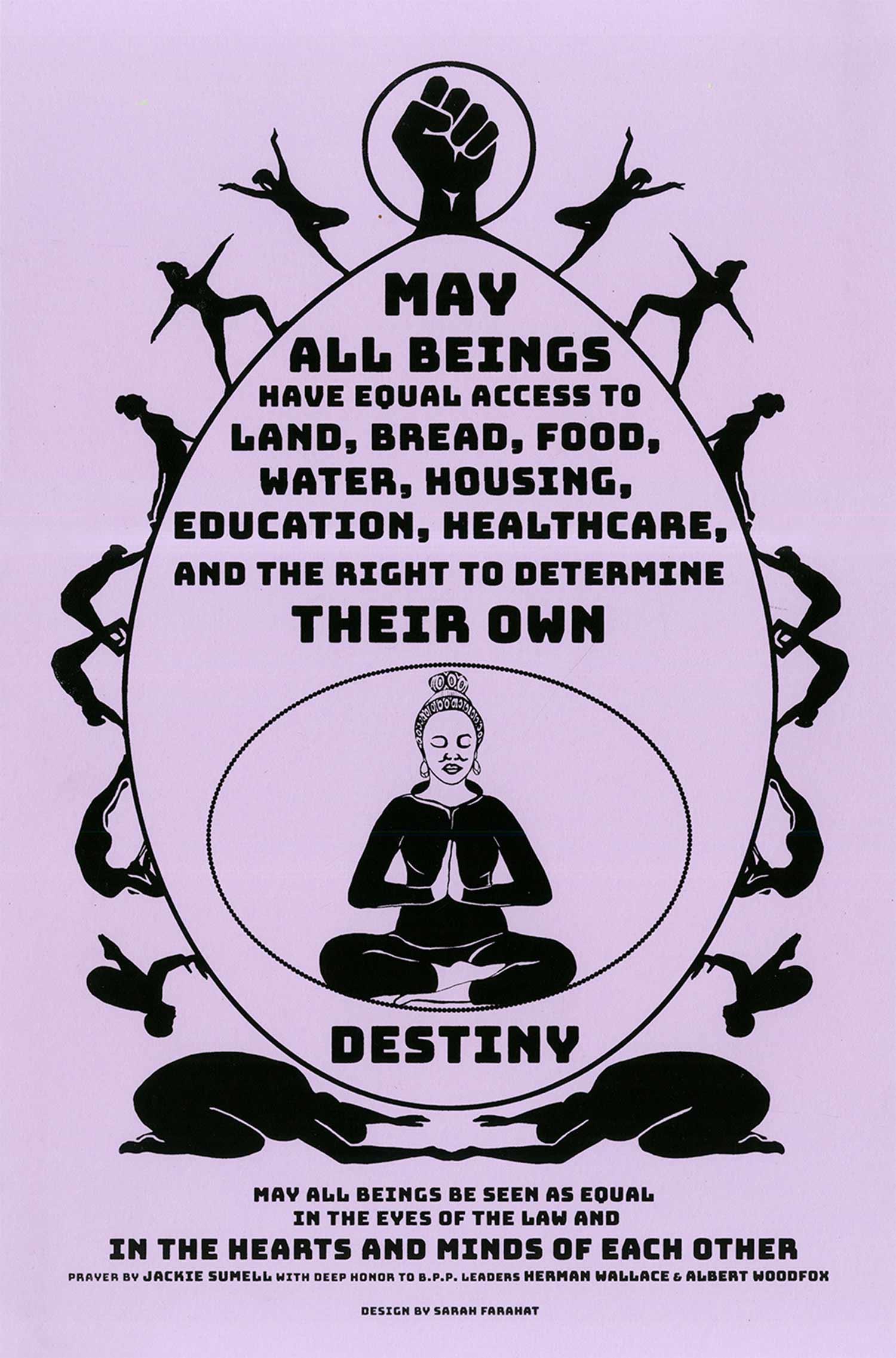 This piece was inspired by artist-activist and yoga instructor jackie sumell.  She continues to work closely with people in solitary confinement and was mentored by the late Herman Wallace, as well as Albert Woodfox of the Angola Three.   This prayer is in honor of the legacy and continued influence of the Black Panther Party.  10% of the profits from this print will go towards a healing fund for siblings of Devante Bryant, Jackie’s Godson who was murdered at the age of 9 in the summer of 2020.  Unfortunately 54% of New Orleans’ children having experienced the murder of someone close to them, 46% live with symptoms of PTSD.  18% have witnessed a murder with their own eyes.  (The Institute of Women and Ethnic Studies, 2016)

IMAGE: Young Black woman in prayer position surrounded by people in different yoga postures with the text filling up the space. The top has a raised fist, image popularized by the Black Panther Party. Text reads: “May all beings have Equal Access to Land, Bread, Food, Water, Housing, Education, Healthcare, and the Right to Determine their own Destiny. May all Beings be seen as Equal in the eyes of the law and in the Hearts and Minds of Each Other.”-prayer by jackie sumell with deep honor to BPP leaders Herman Wallace and Albert Woodfox 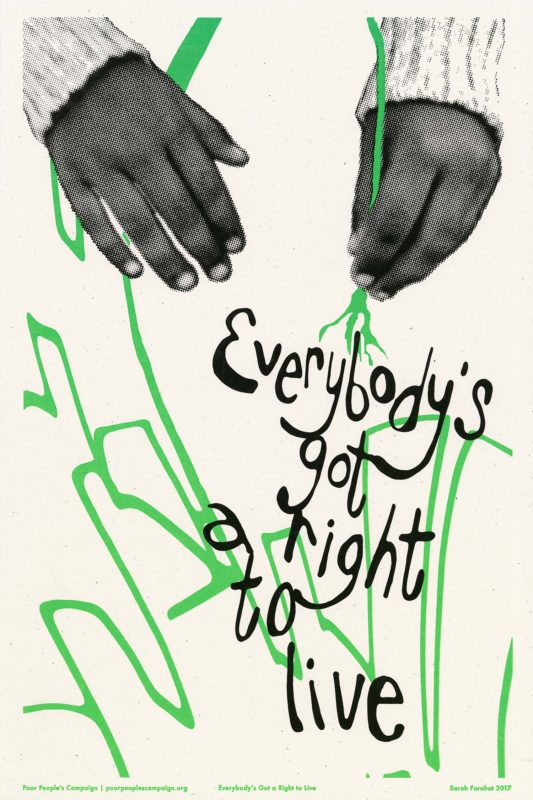 Everybody’s Got a Right to Live 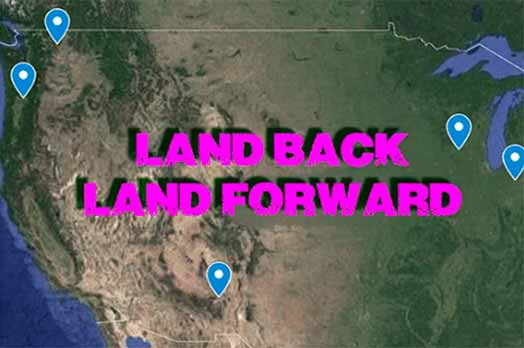 In 2016, I joined water protectors on Standing Rock Lakota Sioux land to stop the “black snake” of the Dakota Access Pipeline. Many memorable moments stand out to me during my…