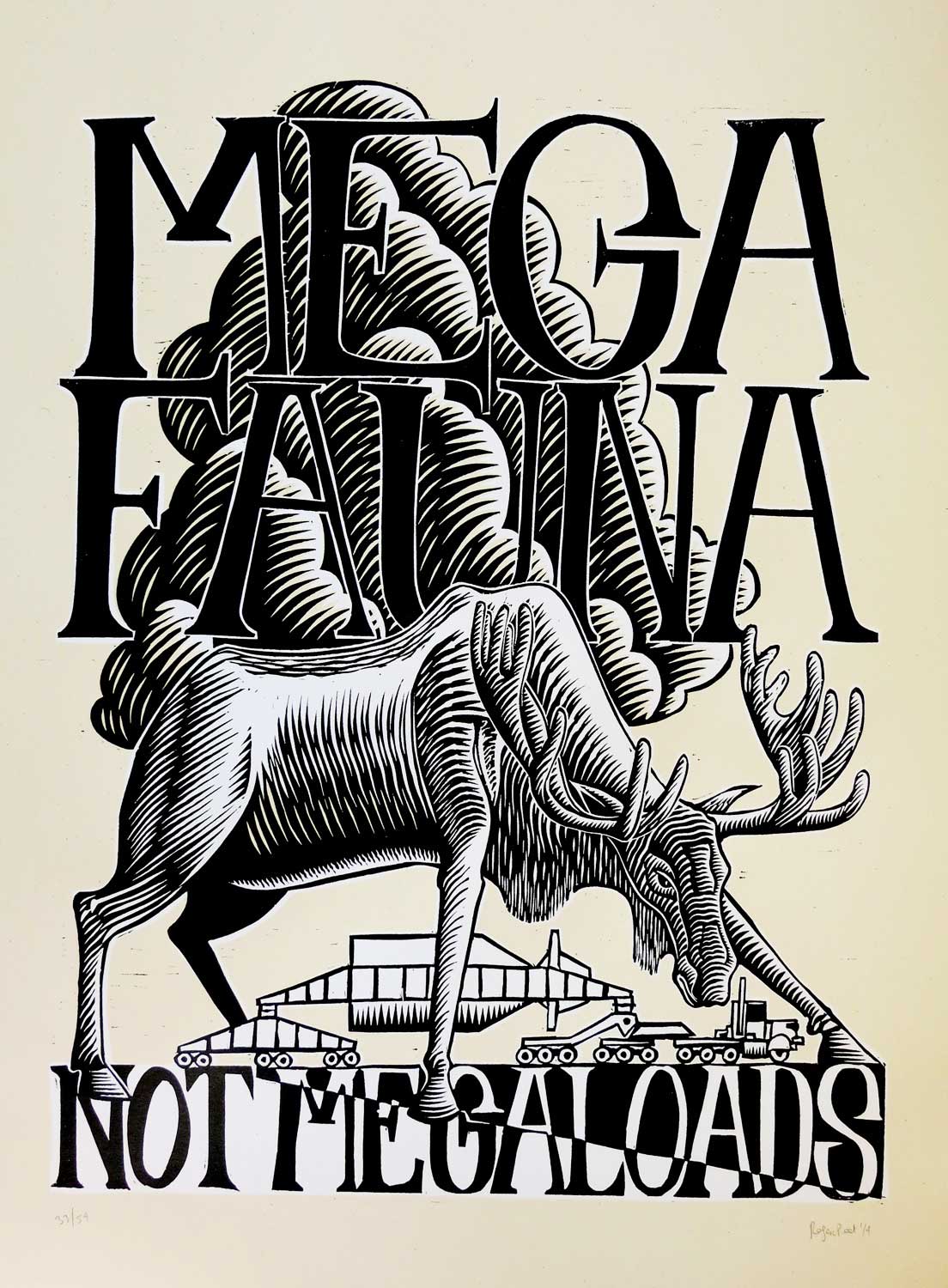 You’ve heard of the mammoth Tar Sands projects in Canada’s province of Alberta, the horrific hellscape of torn earth, polluted rivers, destroyed communities and greedy laughter that is currently one of the largest sources of dirty fuels and carbon dioxide on Earth, and you’ve heard of the struggles to oppose it and its pipeline tentacles. You may not have heard about one critical aspect of opposition to its expansion- the Pacific Northwest’s popular uprising against the megaloads.

Megaloads are shipments of huge quantities of items of industrial infrastructure destined for the Tar Sands. Loaded onto elongated trailers, these shipments have been the focus of sustained and extraordinary protest in the recent months. The Nez Perce and Umatilla tribes have been at the forefront of the opposition to this rapacious development, with the participation of Idle No More, Rising Tide affiliates of Oregon, Idaho and Montana, and legions of outraged citizens. The shipments have been delayed numerous times, locked down to, sued, detoured, and blockaded, but still they keep coming.

This is an image developed for use in that campaign. While traveling Hwy 12 last summer between Portland and Missoula, I came across a mother moose and two gangly babies at roadside. Her stern posture and enormous size made me glad that there was a slab of metal between us. I thought she’d make a good emblem of resistance to this most destructive of projects.