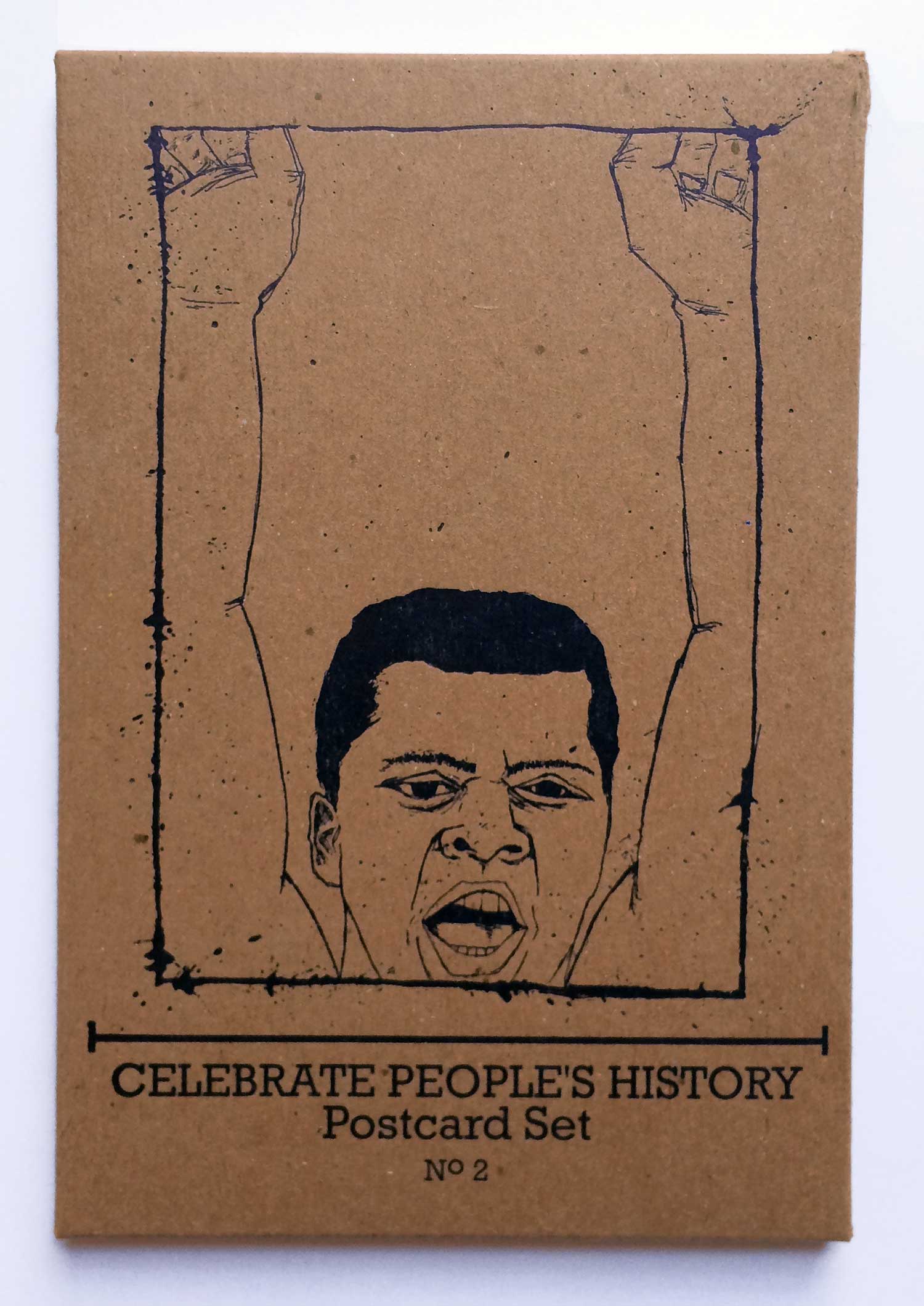 A collaboration between Justseeds and Stumptown Printers, this is a beautiful letter-pressed box set of sixteen full color offset printed postcard versions of Celebrate People’s History posters which were originally produced between 2001-2005. Most of the designs included are sold out in their original poster form, such as Paul Robeson, The Brotherhood of Sleeping Car Porters, and Muhammad Ali.