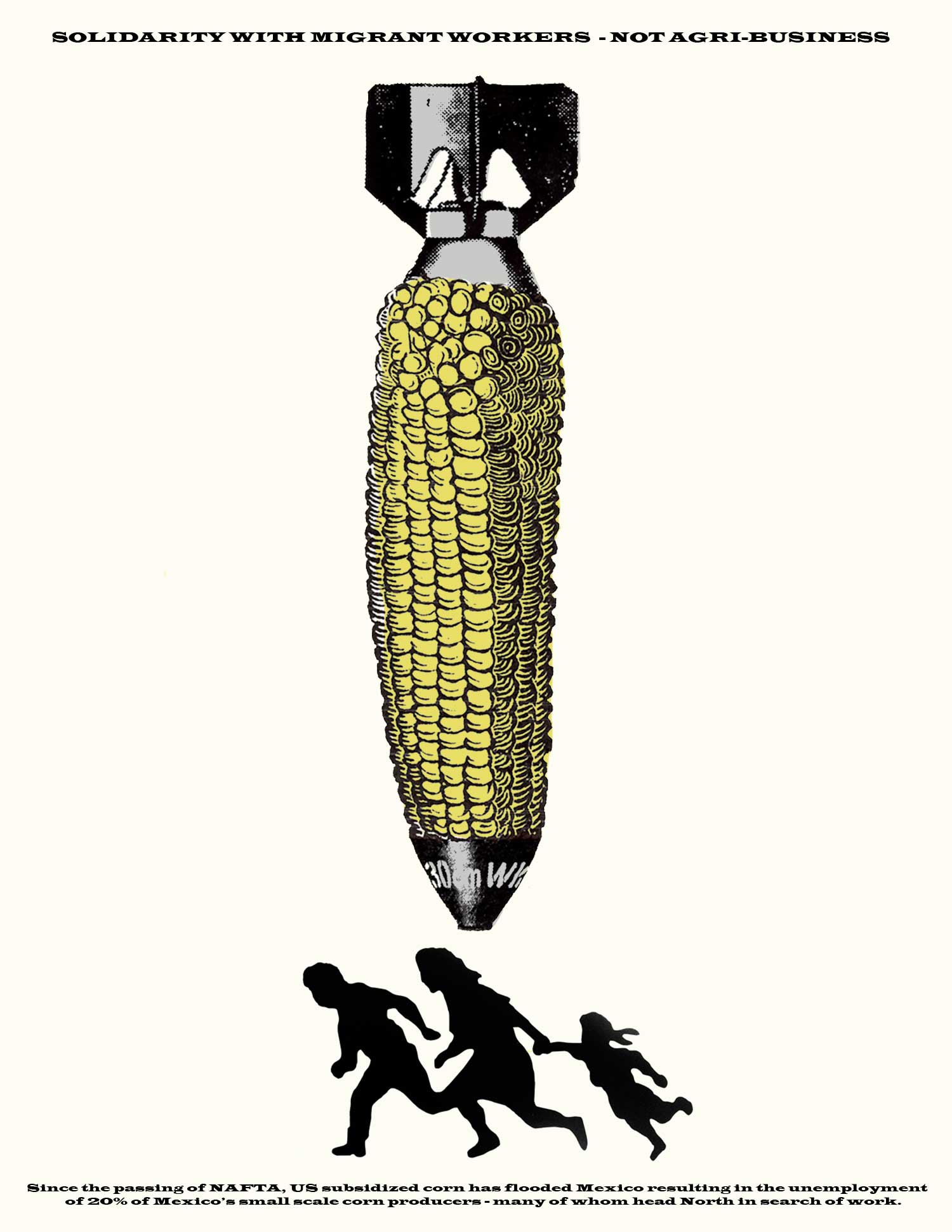 The top text of this print reads “Solidarity with Migrant Workers – Not Agribusiness.” The image speaks to the other border crossing: how US corporate agriculture floods Mexico (and other countries) with subsidized corn, soybeans, and other products, making it next to impossible for small-scale family farmers in Mexico to compete, resulting in many people migrating to the cities or North to the U.S.