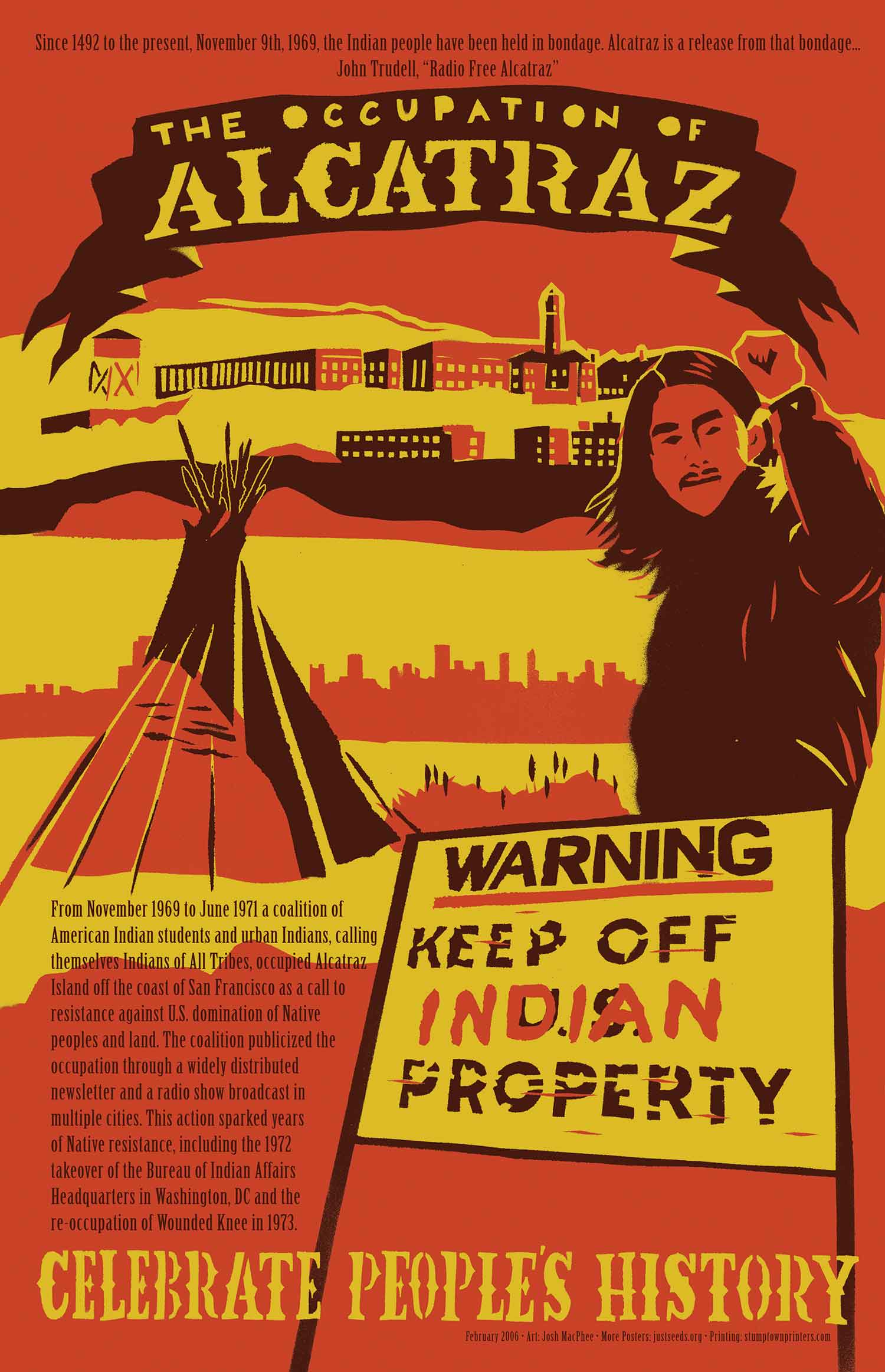 “Since 1492 to the present, November 9, 1969, the Indian people have been held in bondage. Alcatraz is a release from thatbondage . . . ” —John Trudell, “Radio Free Alcatraz”

From November 1969 to June 1971 a coalition of American Indian students and urban Indians, calling themselves Indians of All Tribes, occupied Alcatraz Island off the coast of San Francisco as a call to resistance against the US domination of Native peoples and land. The coalition publicized the occupation through a widely distributed newsletter and a radio show broadcast in multiple cities. This action sparked years of Native resistance, including the 1972 takeover of the Bureau of Indian Affairs Headquarters in Washington, DC, and the re-occupation of Wounded Knee in 1973.

This is #34 in the Celebrate People’s History Poster Series.

Josh MacPhee is a designer, artist, and archivist. He is a founding member of the Justseeds Artists’ Cooperative and cofounder of Interference Archive.