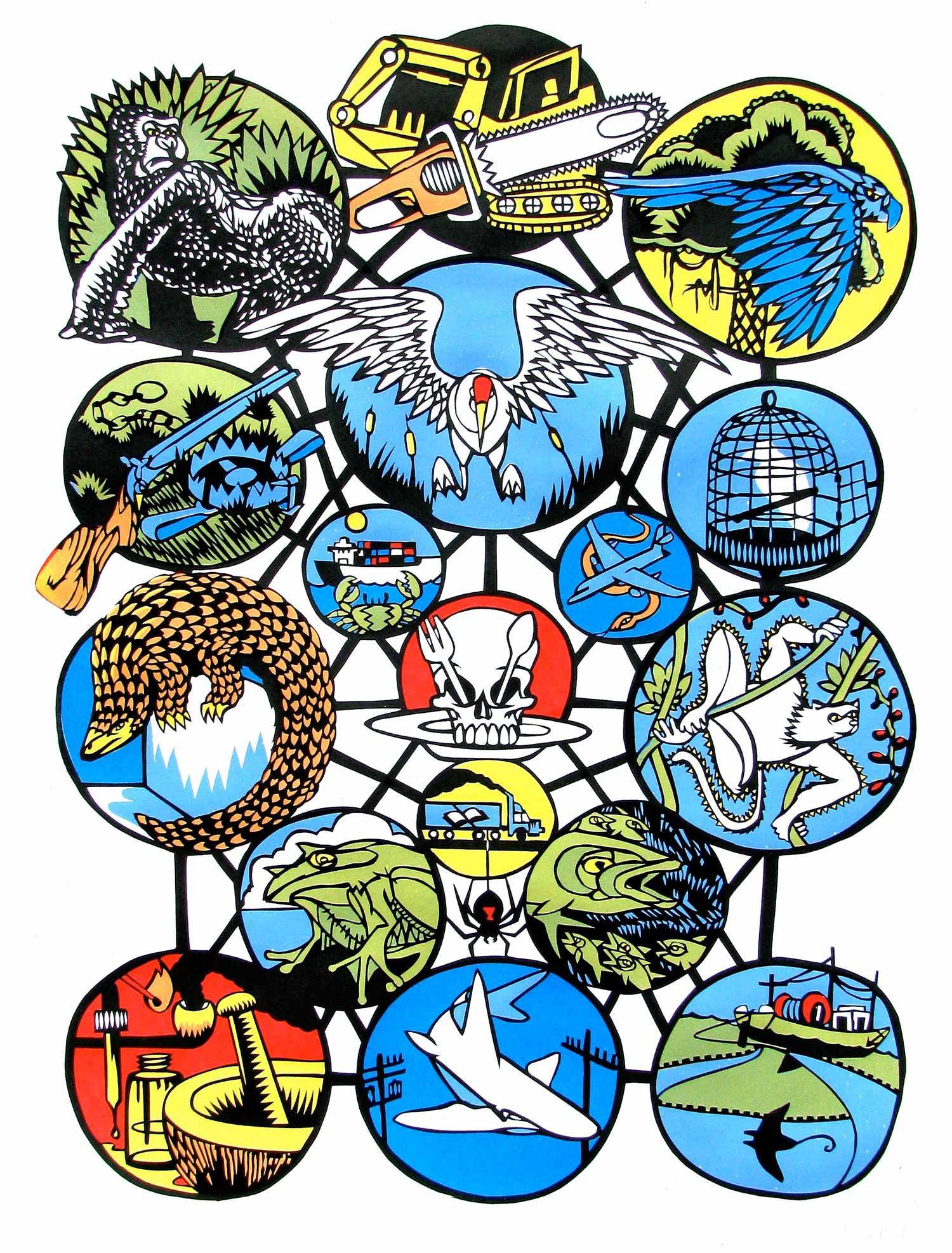 This is a time of great and sustained dying; the web of life facing assaults previously impossible in its 3.8 billion year history. Many mass extinctions have winnowed the species of the earth, but this one is different: it’s not an asteroid, or a series of enormous volcanoes, or a drastic shift in ocean chemistry that’s causing it. This time it’s a species. It’s us.

This print is a diagram that visually illustrates the ways that this 6th mass extinction works. Inside the circles are the various mechanisms at the heart of Earth’s biodiversity crisis, coupled with some of the lesser-known creatures affected.

The mechanisms illustrated include deforestation, hunting and trapping, the pet trade, industrial fishing, global trade mechanisms and invading species, traditional medicines and superstition, and at the heart of everything, the human appetite.

The print comes with a printed explanation. Online, that text is here. 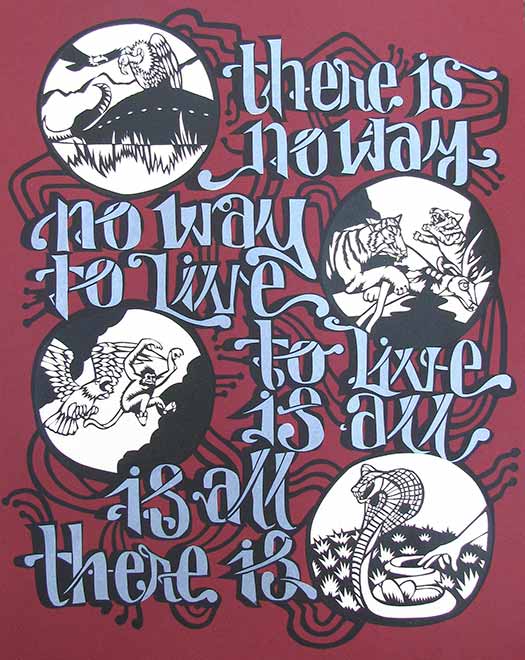