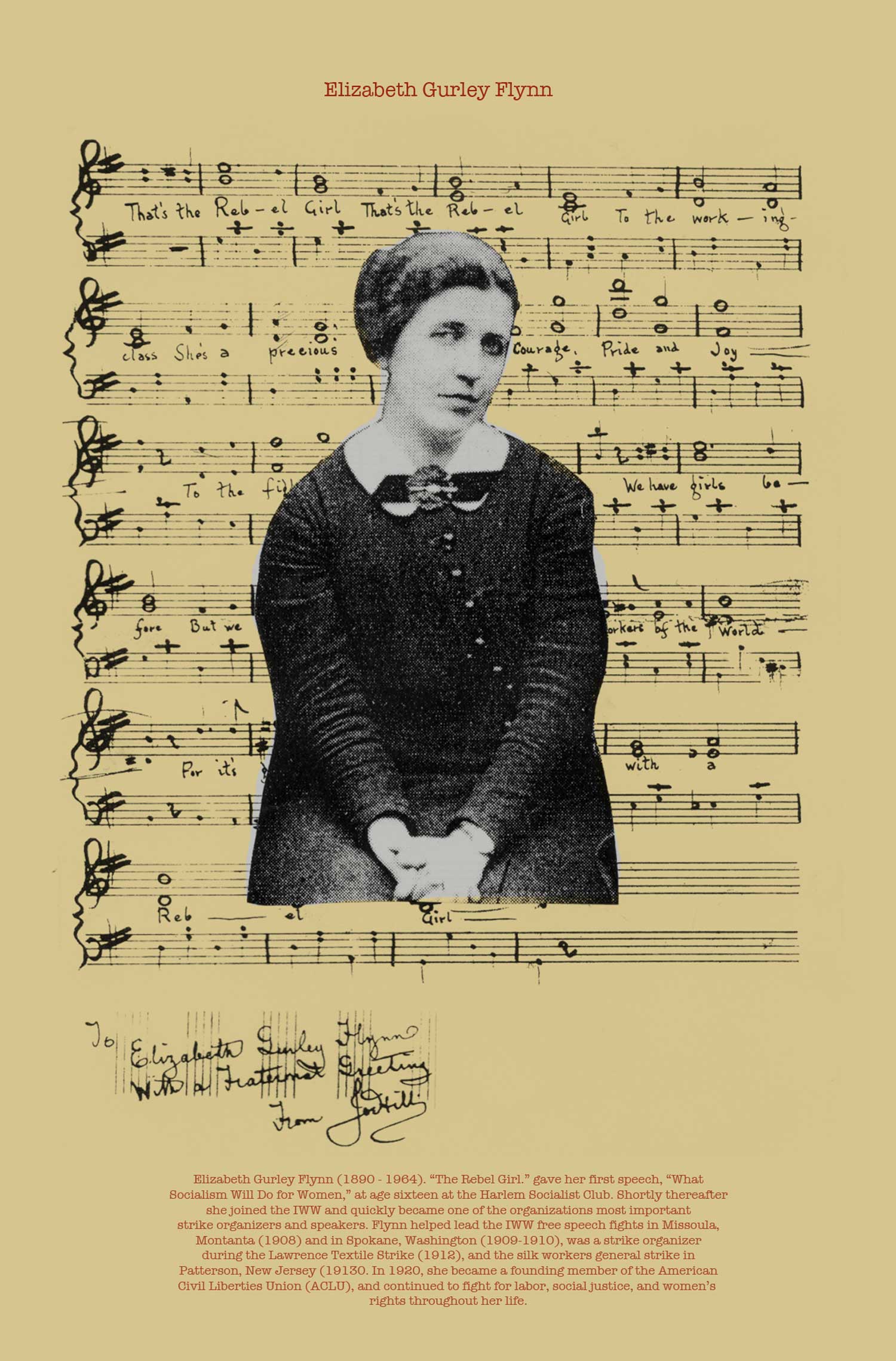 This print honors “The Rebel Girl” – Elizabeth Gurley Flynn. Flynn gave her first speech “What Socialism Will Do for Women” at age sixteen at the Harlem Socialist Club. Shortly thereafter, she joined the IWW and became one of the organization’s most important strike organizers and speakers. She helped lead the IWW free speech fights in Missoula (1908) and Spokane (1909-1910), was a strike organizer during the Lawrence Textile Strike (1912), and the Paterson Silk Workers Strike (1913). In 1920, she became a founding member of the ACLU and continued to fight for labor, social justice, and women’s rights throughout her life.

A portion of Joe Hill’s song “Rebel Girl” (dedicated to Elizabeth Gurley Flynn) makes up the background image of the print.