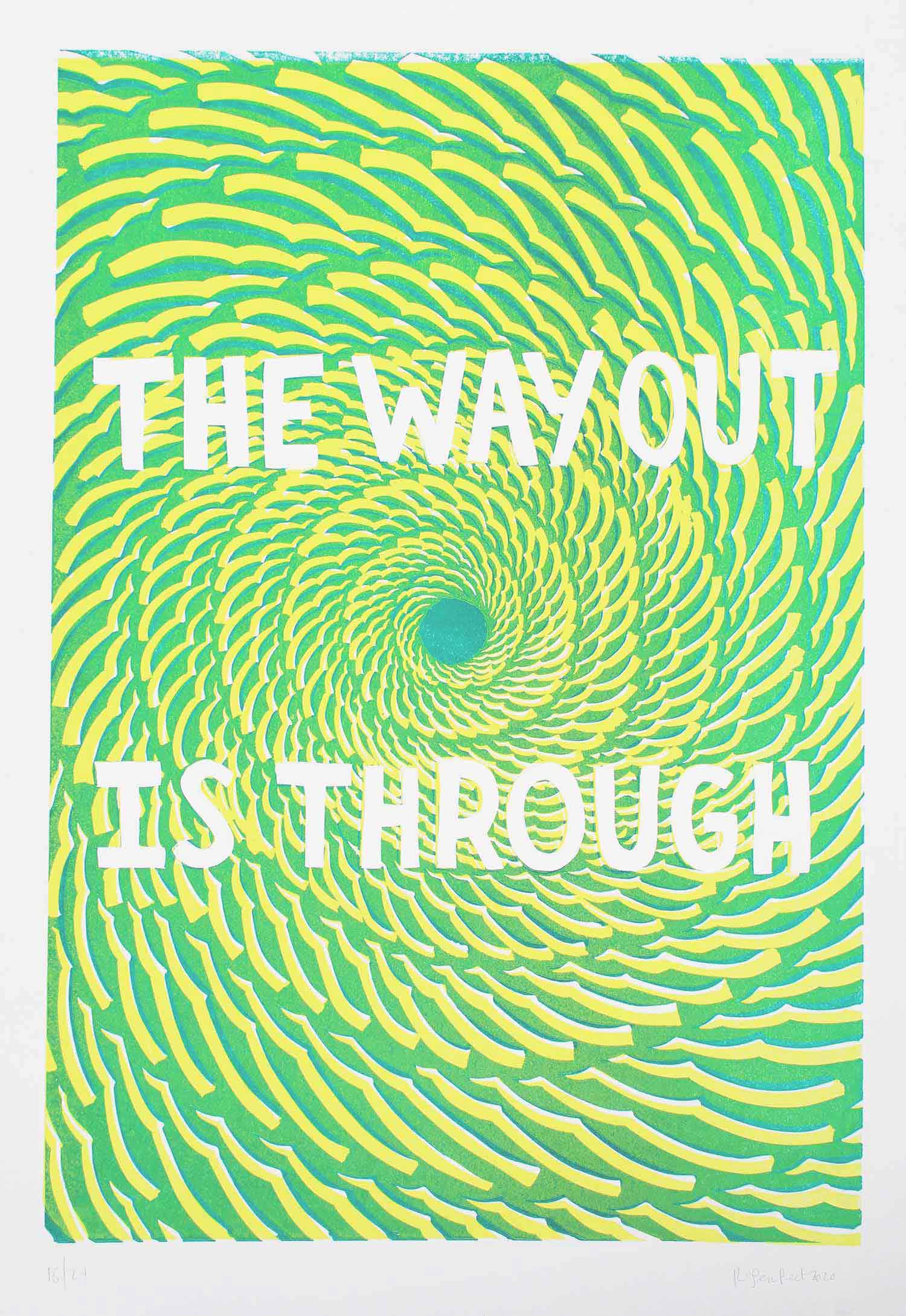 Sometimes ideas just arrive like migratory birds, swooping in across the horizon and reminding you that things are changing, whether you’re ready for it or not. That’s where this print came from, unbidden in the middle of an afternoon working fruitlessly on other projects. I had a piece of linoleum on which I’d sketched a detailed scribble of a vortex probably four years ago, sitting in a pile of other blocks and materials that I was organizing. I pulled it out and this phrase superimposed itself over the loose lines of sharpie, and I sat down to carve it with a repetitive stroke that I’ve come to really love in recent years, just letting the lines follow each other around the block. I transferred a proof of the print to another piece of linoleum and carved another version of the lines into that one, then printed both blocks in order on my letterpress. When they were dry I thought they needed a little something else so I cut a simple stencil of the text out of rubylith, burned a screen, and laid on the text in a bright white ink that really makes it pop off the off-green super-heavyweight French Muscletone paper. It’s nice when the process of printmaking can invert itself and produce something not planned out precisely.

The current political moment is a cloud of possibility. If we just wander around in it we’re never going to achieve the full range of potentialities- we have to go through it to get out. 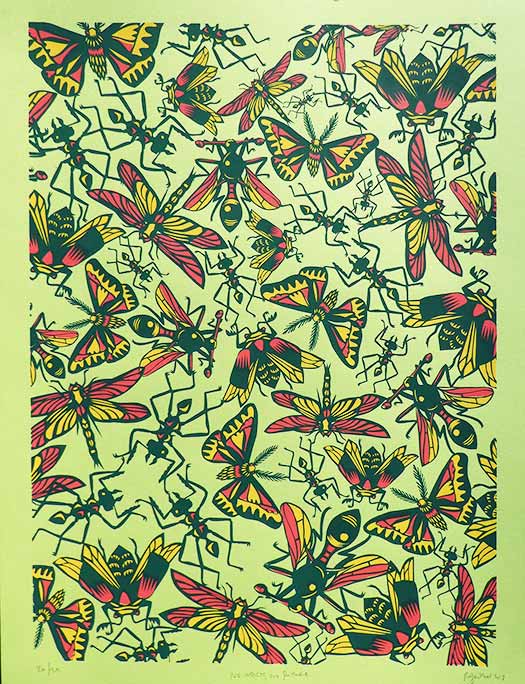 No Insects, No Future