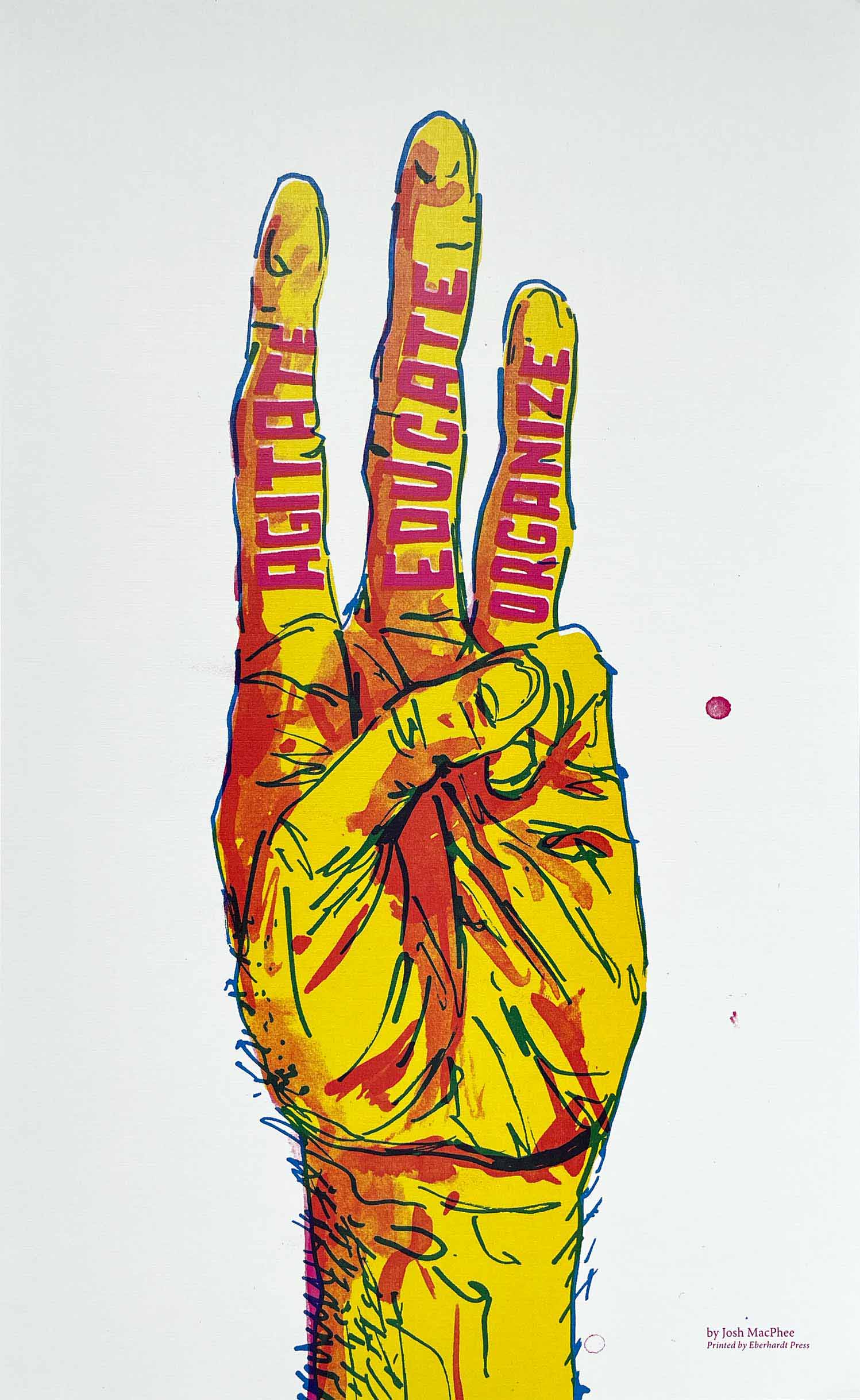 A small and very affordable edition of my Three Steps print.

Originally designed back in 2010, and had written this about it:
“For years I had been returning over and over again to 19th century labor slogans, possibly because they provide a certain clarity at a moment when everything seems so complicated (even if the clarity is illusory). There is also something extremely powerful about the human hand as a formal device, which has been used so effectively by John Heartfield (“Vote List 5”) in 1930s Germany to the millions of images of people holding up two fingers for peace during the 1960s and 70s (and onward). I like the three finger gesture because its meaning is less immediately clear than an open hand, or the peace sign, or a fist.”

Since then, a lot has happened! First, the Hunger Games books were made into movies, popularizing the 3 finger salute as one of solidarity. When I originally designed the image, I had no idea it was something in the book, and it certainly wasn’t part of popular culture. Now it has jumped from Hunger Games to being the most iconic gesture of the uprising in Myanmar/Burma.

This small offset edition was printed by Eberhardt Press in Portland, OR back in 2012-13, and I’ve been sitting on a little stack of them. Fall cleaning!