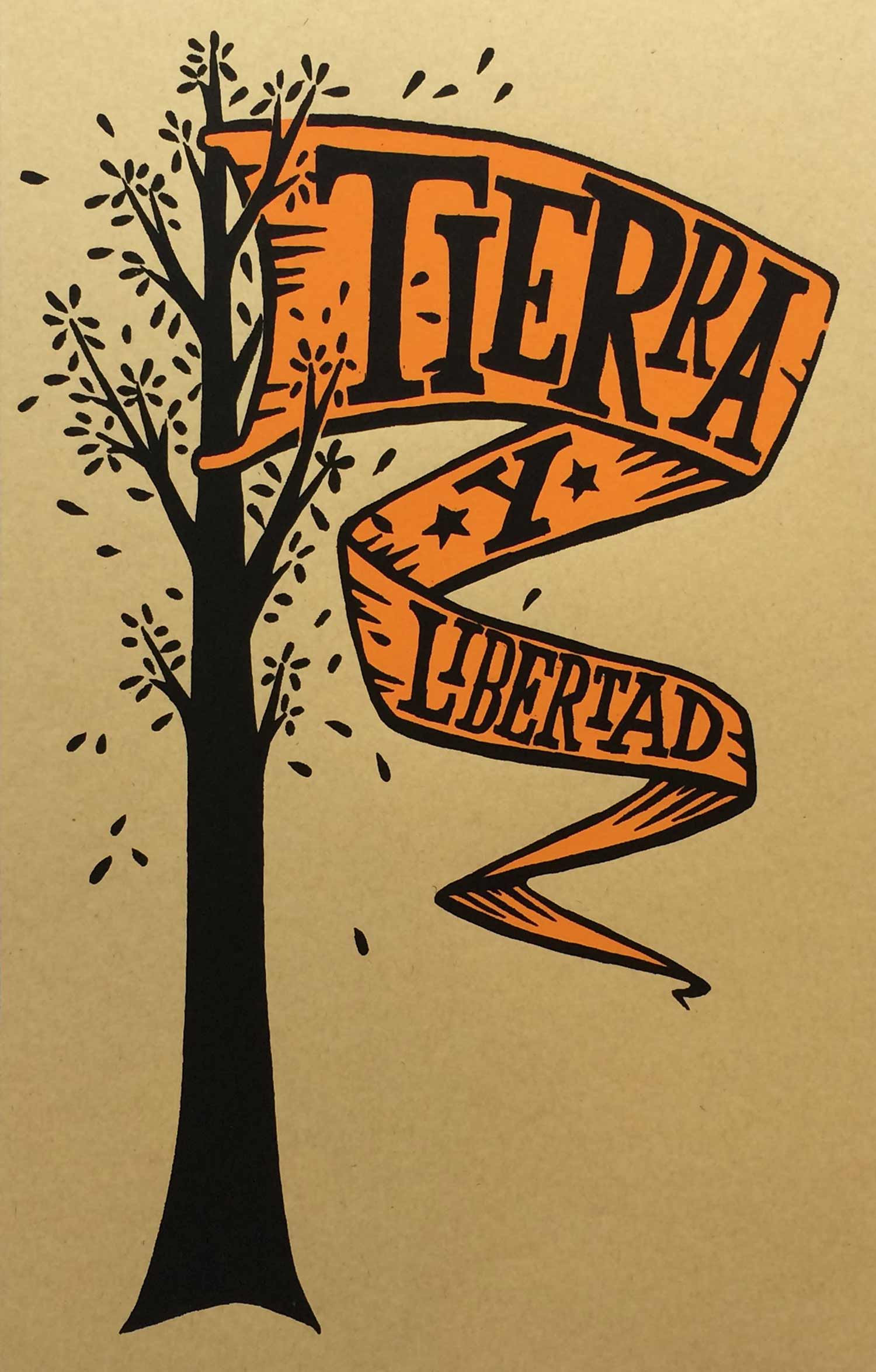 A new screenprint edition of this image/graphic that I have been kicking around for over a decade. The original (which you can see HERE) was a 5-color screenprint with the same image but the words “Free the Land.” I reworked the graphic into Spanish to be used during some live printing events in Mexico City in 2008. I recently revamped this Spanish version, and converted it into this sleek, tall 2-color piece. “Tierra y Libertad” is the slogan popularized by Emiliano Zapata and the first wave of “Zapatistas” during the Mexican Revolution at the turn of the last century.