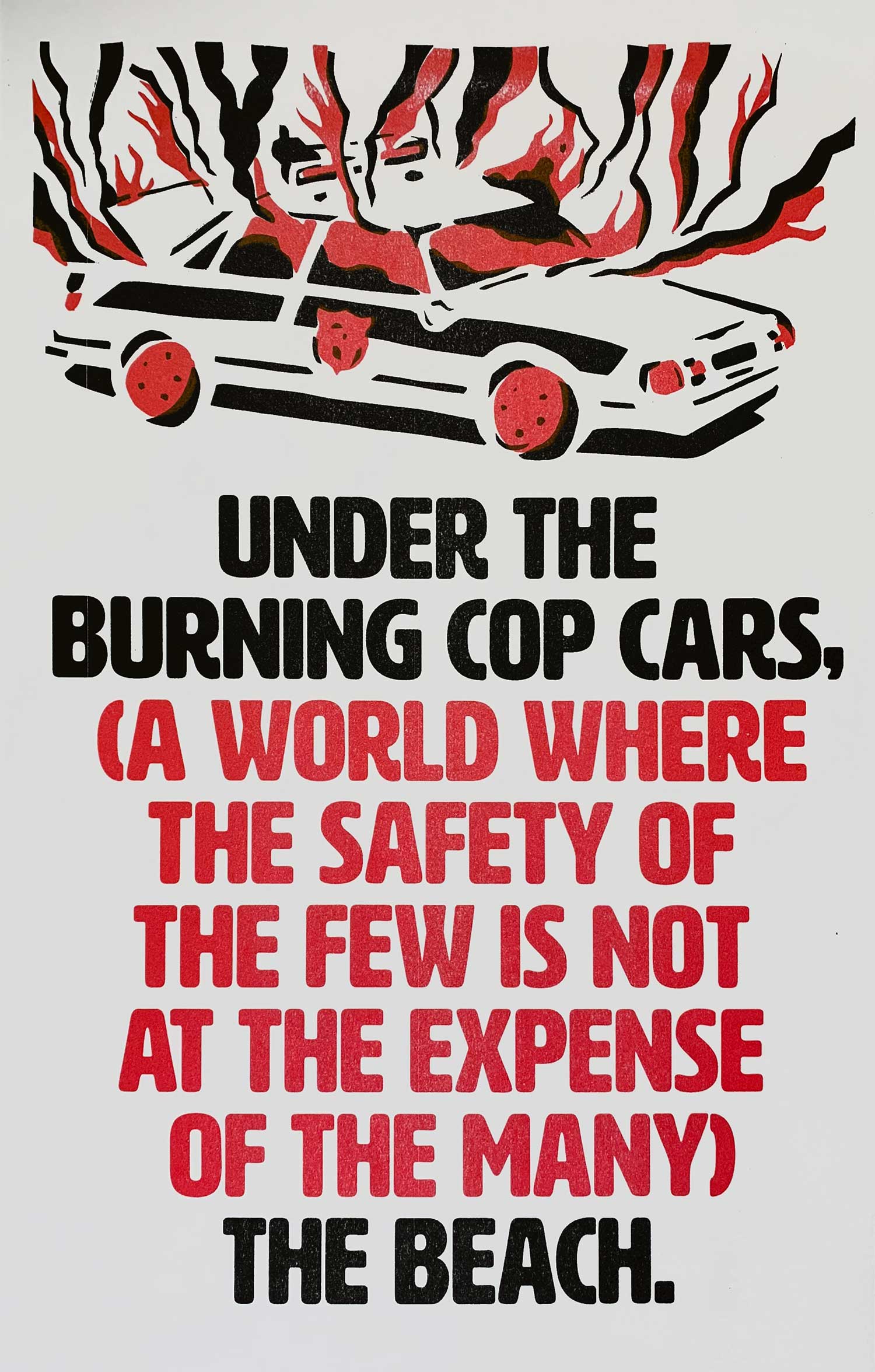 A collage of sorts, this print merges a stencil of a burning police car I originally cut in 2003 for a project called “Fuck the Police” (organized with Daniel Tucker, consisting of a CD of about 15 cover versions of the NWA song of the same title and a couple inserts with info and analysis around police violence) repurposed to engage with the George Floyd/Movement for Black Lives protests, which channeling a popular slogan from May 1968 in France (“Under the Paving Stones, the Beach”).

These print were distributed for free at protests in Brooklyn, as well as wheatpasted up around NYC in May/June 2020.