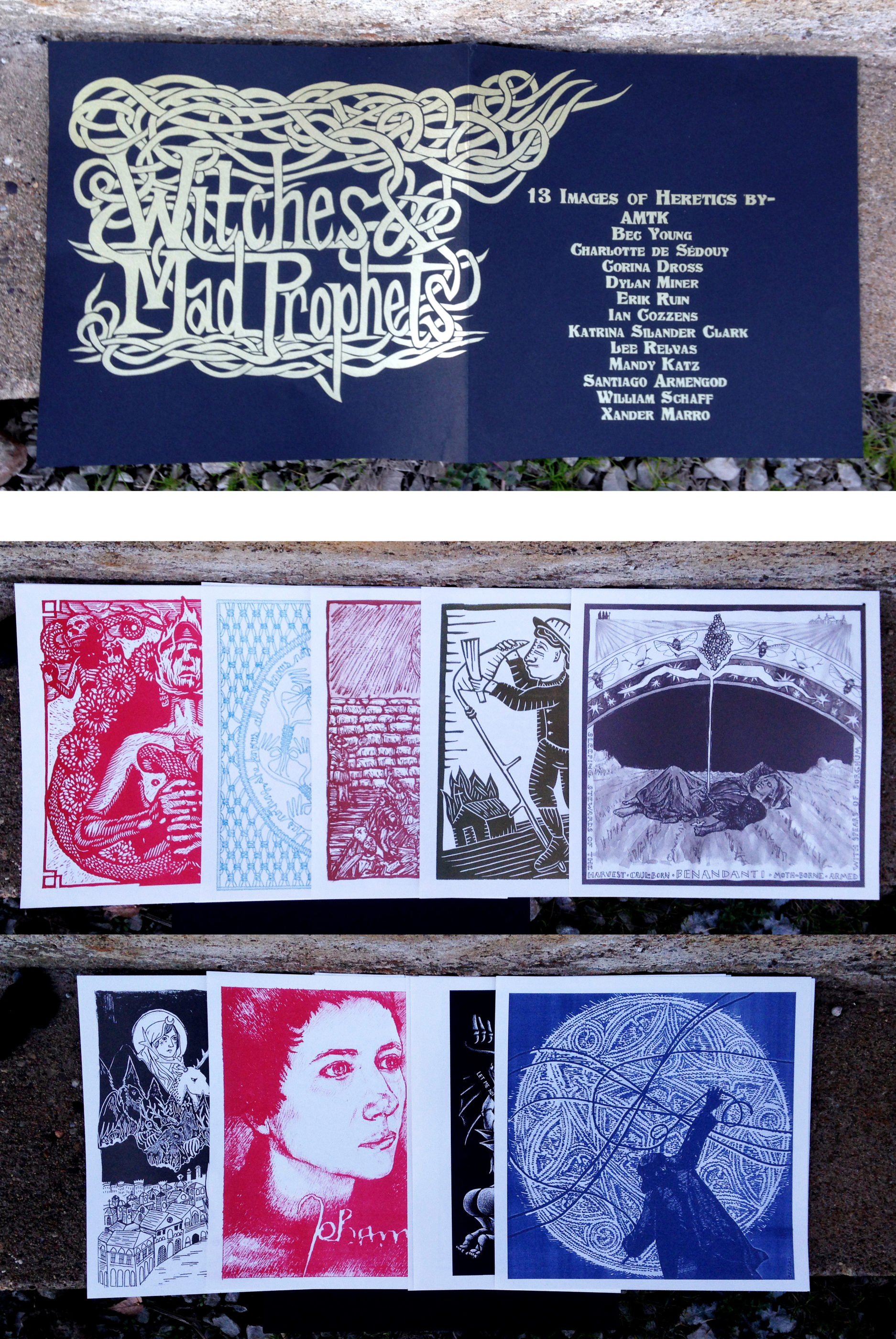 This collection of 13 unique offset prints depicting heretics – individuals persecuted by religious authorities for the nature of their being or belief – was curated and developed by Erik Ruin in 2012. Twelve other artists participated in the project, including Justseeds members Dylan Miner, Mazatl, and Bec Young. There were originally 350 portfolios made, including a cover designed and printed by hand.  There are only a few left. The full list of artists includes: 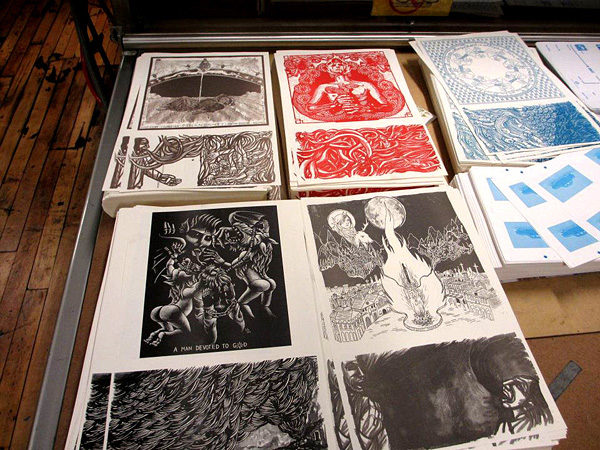 Printed at AS220 Community Printshop in Providence, Rhode Island under the watchful eye of Mr. Jacque Bidon. 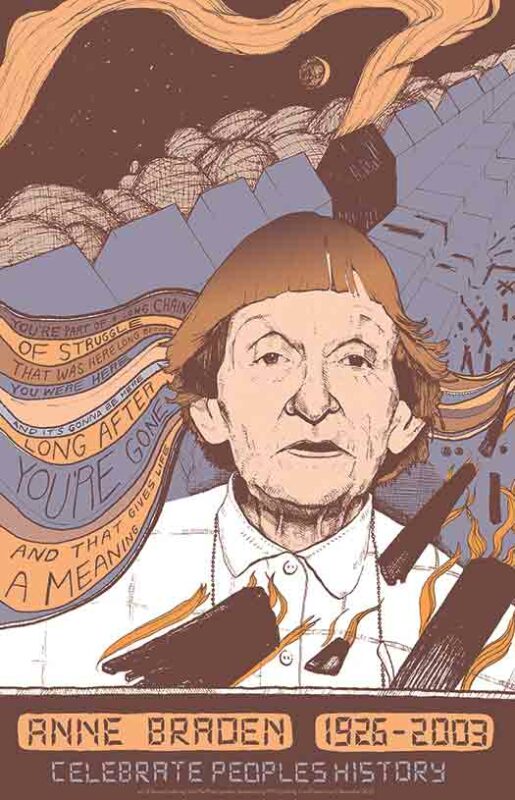 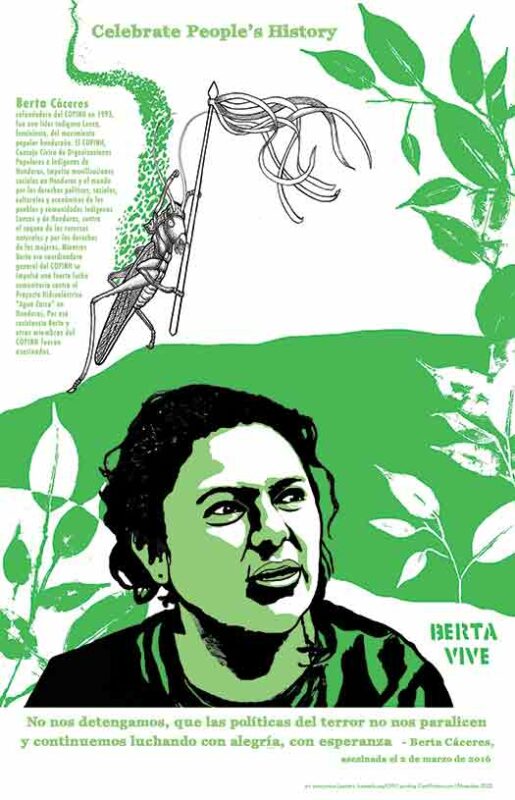