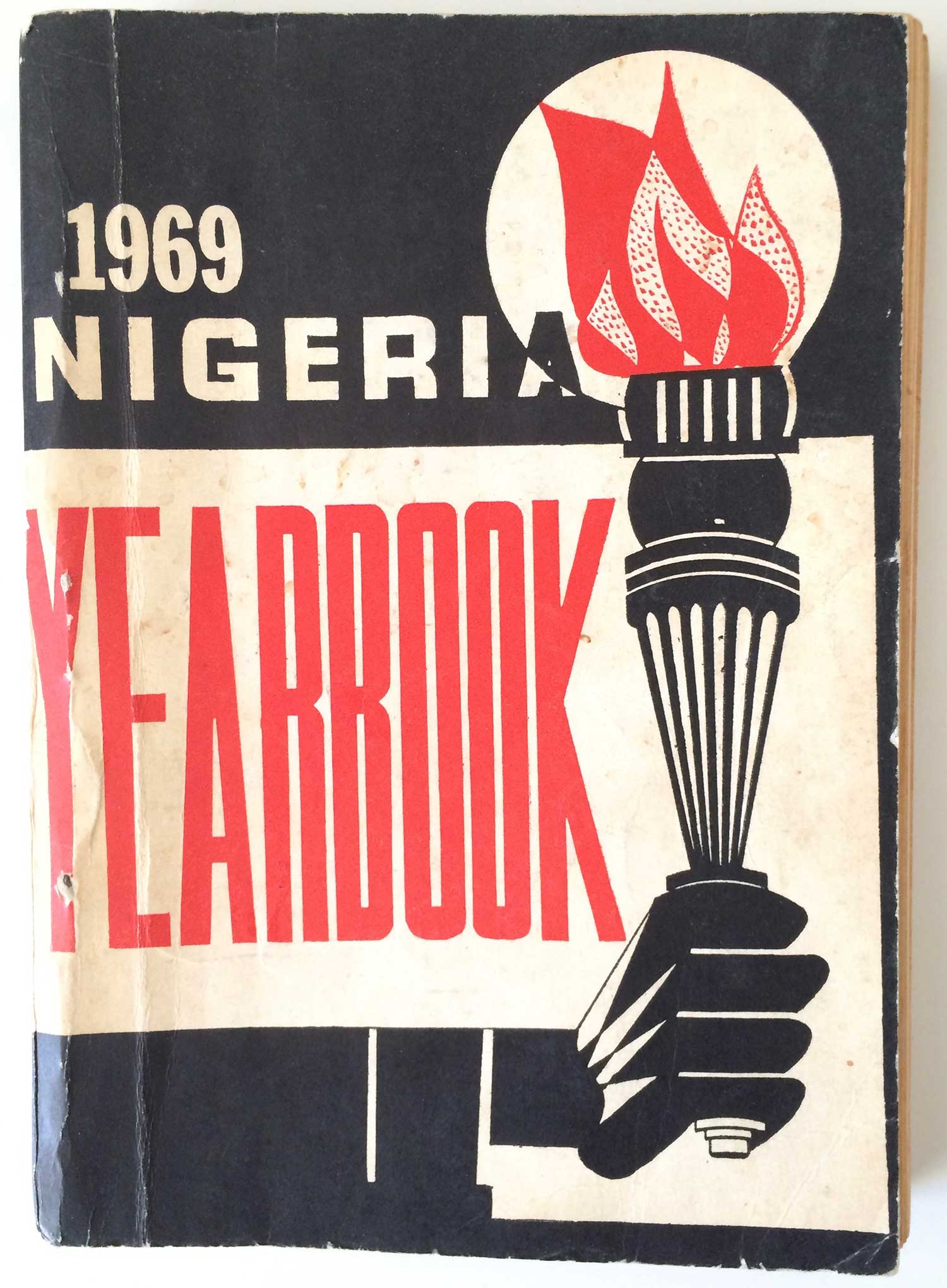 This week is a continuation of my series on African small press books (see HERE and HERE for the earlier installs), with a focus in on one Nigerian volume. The 1969 Nigeria Yearbook was produced by the Daily Times of Nigeria. Then the Lagos-based paper was the largest in the country, and one of the most successful in Africa. This is a bit like a high-school yearbook, but for an entire country. Nigeria-at-a-glance, it merges a hodge podge of basic political, economic, and social information, as well as calendars, a simplified phone book, society pages, photos of the political and military leadership, maps, and lots and lots of advertisements. The cover is also reminiscent of 60s high school yearbook, from the hand drawn illustration of the torch to the tall, cramped lettering. The composition feels naive, but it’s also really strong and unique. It’s crammed full of interesting details, from the offset illumination of the torch which sends the final A in Nigeria into black shadow, to the font for the word “Yearbook,” which appears to be carefully hand cut, likely out of rubylith. The majority of the insides are set in standard type, nothing too interesting, but the advertisements are fascinating. An amalgamation of banks, import-export, construction companies, weapons, and travel agencies, each ad has its own unique style, font combination, and illustration usage. On page 168 a stationary supply store entices us with a “Wonderful Pencil Sharpener” with matching full page image, on the inside back cover we get an ad for the Moskivitch—“The Soviet Car is the Answer”!! Politically, it’s strange that this yearbook was published deep into the Nigerian Civil War, where the entire Southeastern section of the country had seceded and was fighting for the independence of their sovereign state of Biafra. Yet it takes some work to get any sense that the country is in the middle of a protracted conflict. The information is there in the book if you look hard for it, especially in the 1968 “Year in Review.” But the section of government mentions, in a mild-mannered way, the coup of 1967 which led to military rule, and the description of the larger cities mentions that Onitsha “had” been one of the major marketplaces in Africa—with no discussion of why this is articulated in the past tense. Overall the book struggles with a veneer of objectivity, but this breaks down in the section titled “The Search for Peace.” It begins: “ ‘Give us Biafra or give us death’ boomed the secessionist’s radio on January 2, 1968. This is the frame of the mind of the people with whom the Federal Government is dealing.” It’s unclear whether its intentional or not that this page is faced with an advertisement for Supreme Power Brand Shotgun Cartridges. The editor’s implicit trust of the central government might have been misplaced, since only five years later the military junta would go on to take over 60% ownership of the newspaper, and in 1977 assumed total ownership. Although this made the paper nominally “public,” it also quickly curtailed any criticism of government policies. 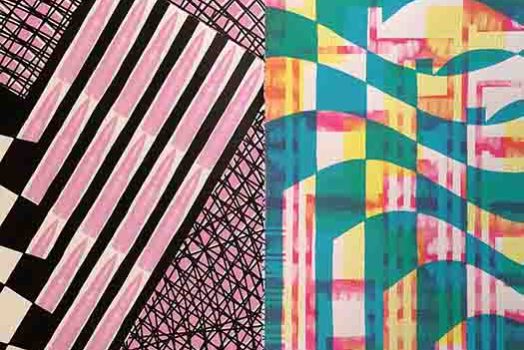 For the past year Jesse Purcell and I have been working on a giant screenprinted book. What we ended up with is Capture the Flag.     A meditation far… 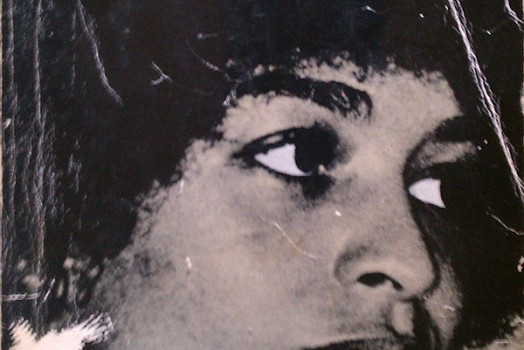 Well, I have to say, I’m pretty excited that I’ve now done a full year’s worth of “Judging Books by Their Covers” blog posts! Week 52! In what has otherwise… 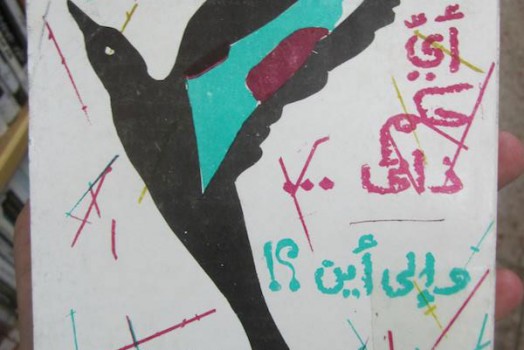 As many of you know, I’m completely infatuated with books, and book design. Being here in Palestine visiting libraries is a bit like being in a candy shop, with an… 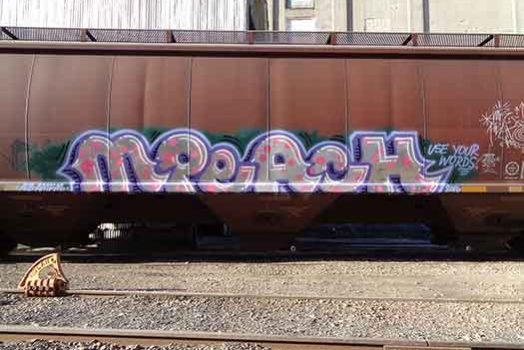