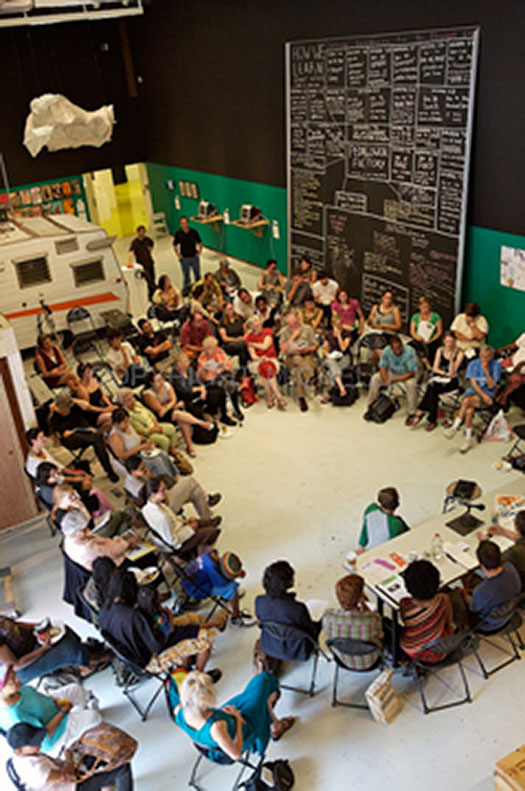 Justseeds friend and AREA Chicago editor Daniel Tucker has just published an interesting post on the Art:21 blog. You can read his post “A better ‘we’ through art?” here. Here’s a couple paragraphs to get you started:

Last Wednesday, while speaking on a panel discussion entitled “Relocating Art and its Public” at the CAA conference here in LA, I was compelled to think through the work that I care about and am involved with as it relates to audiences and participants. I realized I could not clearly talk about any of this without spelling out what kind of relationships I wanted to have in this world, in a broader sense. That is not to say that the work I’ve been involved in has always succeeded in creating those relationships which I desire and want others to have. But the work that I do is so informed by a political concern about people’s potential to self-actualize in a world which stifles that possibility that I have to be up front about it. This is how I intend to address the question posed on this blog.

I concluded my presentation by recounting the provocation put forth to me by my friend Chris Carlsson in San Francisco: that the challenge for those opposed to capitalism and in favor of a different (”anticapitalist”) organizing principal for life and economies is to take the “anti” part of our perspective and make it into something that we can all strive for together. A further elaboration would be that a challenge for anticapitalist cultural work is to articulate and represent a life better than the competitive and commodified social relations that currently dominate how most of us relate to one another. One step in that direction would be to create contexts that allow us to see our relationships in ways that both benefit from our diverse experiences and insights needed to face everyday challenging situations, and that also allow us to be powerful enough together through organization so we can tackle the big stuff we all face. I honestly think that most of us barely know what free feels like or looks like. We need each other to figure out how to know how to get there. In the last eight years, most of the projects that I have been involved with have had some component that was about articulating a different kind of “we” or collective toward the ends described above. Admittedly, they are on a pretty micro scale. To the extent to which any transformed social relations are actually realized, the impact beyond the people directly involved is limited, rendering it primarily symbolic and experimental.

read the rest here. Give him some feedback, too. 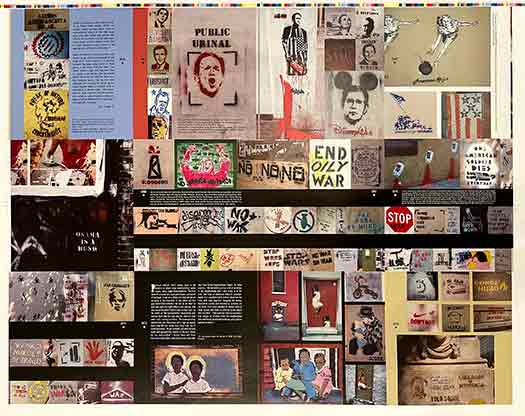