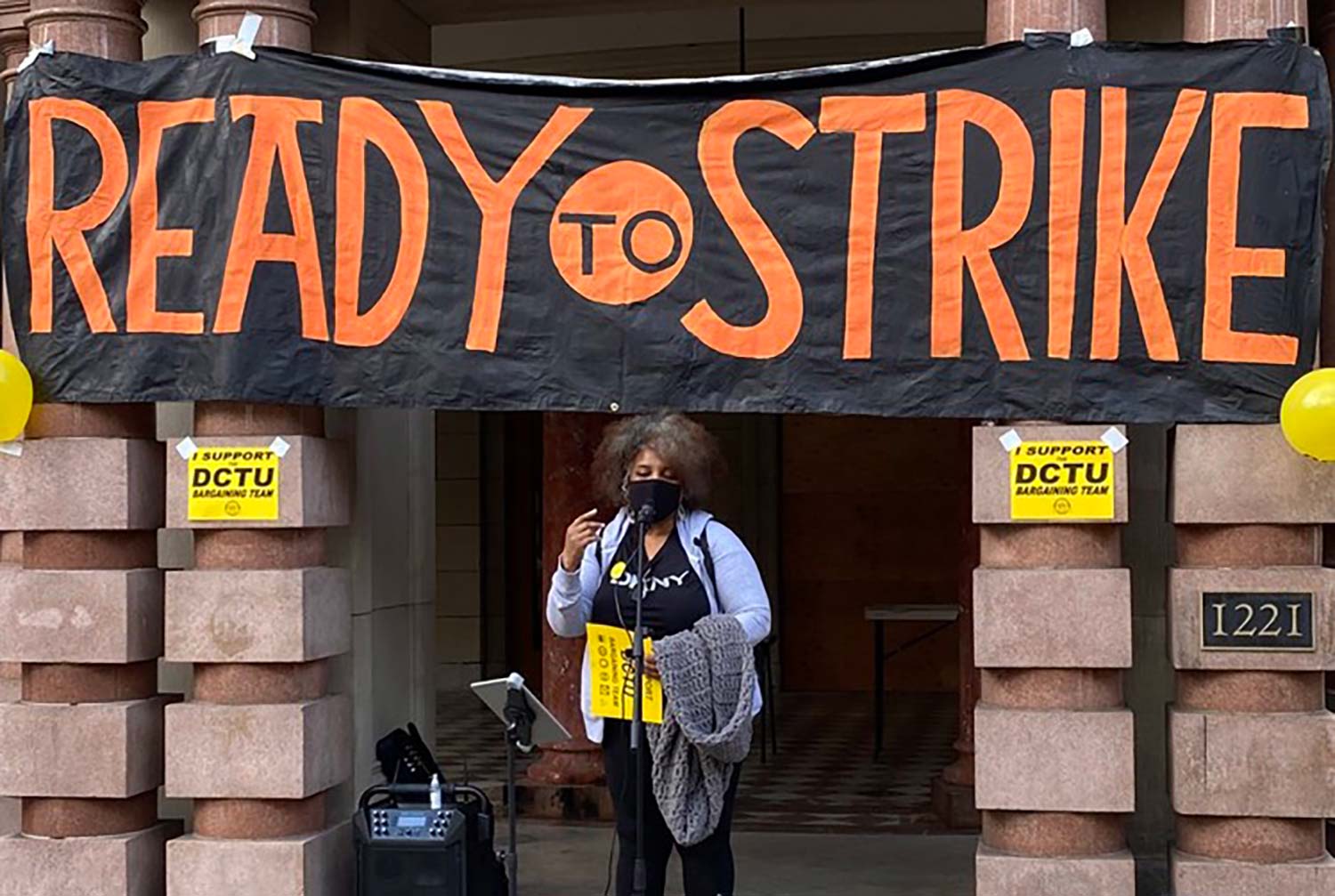 Last week my art-and-life partner Erica Thomas and I collaborated on a small banner for a potential upcoming strike at Portland City Hall. The city workers organized with District Council of Trade Unions have been negotiating a new contract with the City of Portland but keep getting offered peanuts- and last weekend a rally served notice to the city of the union’s plan to strike if their demands for a fair contract aren’t met.

Space is short in Portland these days, but luckily I was able to make enough room in the garage to get a 13′ banner laid out with text that read “Ready to Strike”. We incorporated some design elements from Basque Font, the ancient and almost perfect typeface found everywhere in the perennially socialist Basque regions of France and Spain.

Workers vote on Monday the 10th on whether or not to authorize the strike, which will affect services across the city.

2 comments on “Banner for a City Hall Strike”

Love this banner! Solidarity from Eugene!

Unity of the Poor and Dispossessed