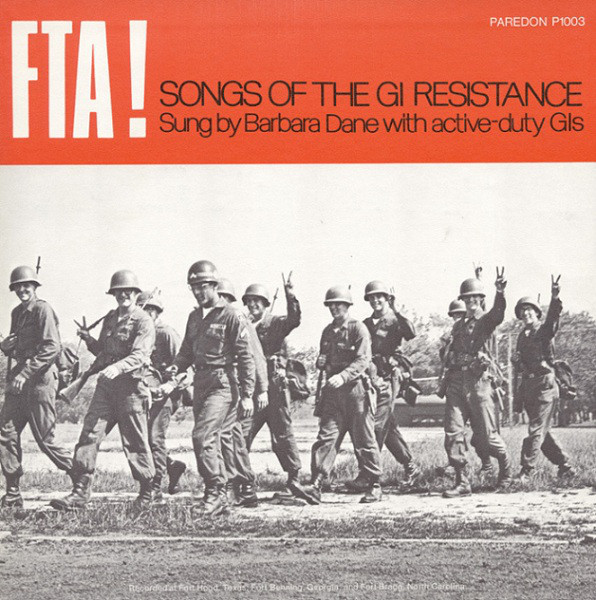 A great article about the life and work of protest singer Barbara Dane came out today, written by Jenn Pelly and published by the New York Times. Here’s the first couple and last couple paragraphs, and definitely head over and read the rest HERE!!!

Barbara Dane keeps a copy of her four-inch-thick F.B.I. file in a binder in the living room of her Oakland home. One night in late December, the 93-year-old singer and activist’s daughter, Nina Menendez, was leafing through it and noticed a page she hadn’t spotted before: a Los Angeles Times clipping from a 1972 concert at the Ash Grove. Dane was the headliner that evening, where she first encountered the soulful folk band Yellow Pearl, whose music she would go on to release through her then-nascent record label, Paredon Records.
The file doubles as a testament to Dane’s work as an opposition artist for the better part of a century. The earliest entries are from when she was 18, spearheading a chapter of Pete Seeger’s labor-music organization People’s Songs in her native Detroit, and singing on picket lines to protest racial inequality and to support unions.
“I knew I was a singer for life, but where I would aim it didn’t come forward until then,” Dane said. “I saw, ‘Oh, you can use your voice to move people.’”
…

Reflecting on the label’s legacy now, Dane is hopeful it holds lessons for the era of Black Lives Matter and surging conversation about democratic socialism. “One must participate in the emerging struggle around them in order to make art that reflects it,” she said.
“If you’re an artist, you’ve already got tools. If you don’t know what to write about, remember that truth and reality is what we’re after. You have to know reality to tell the truth about it. You got to get out and be a part of it.”