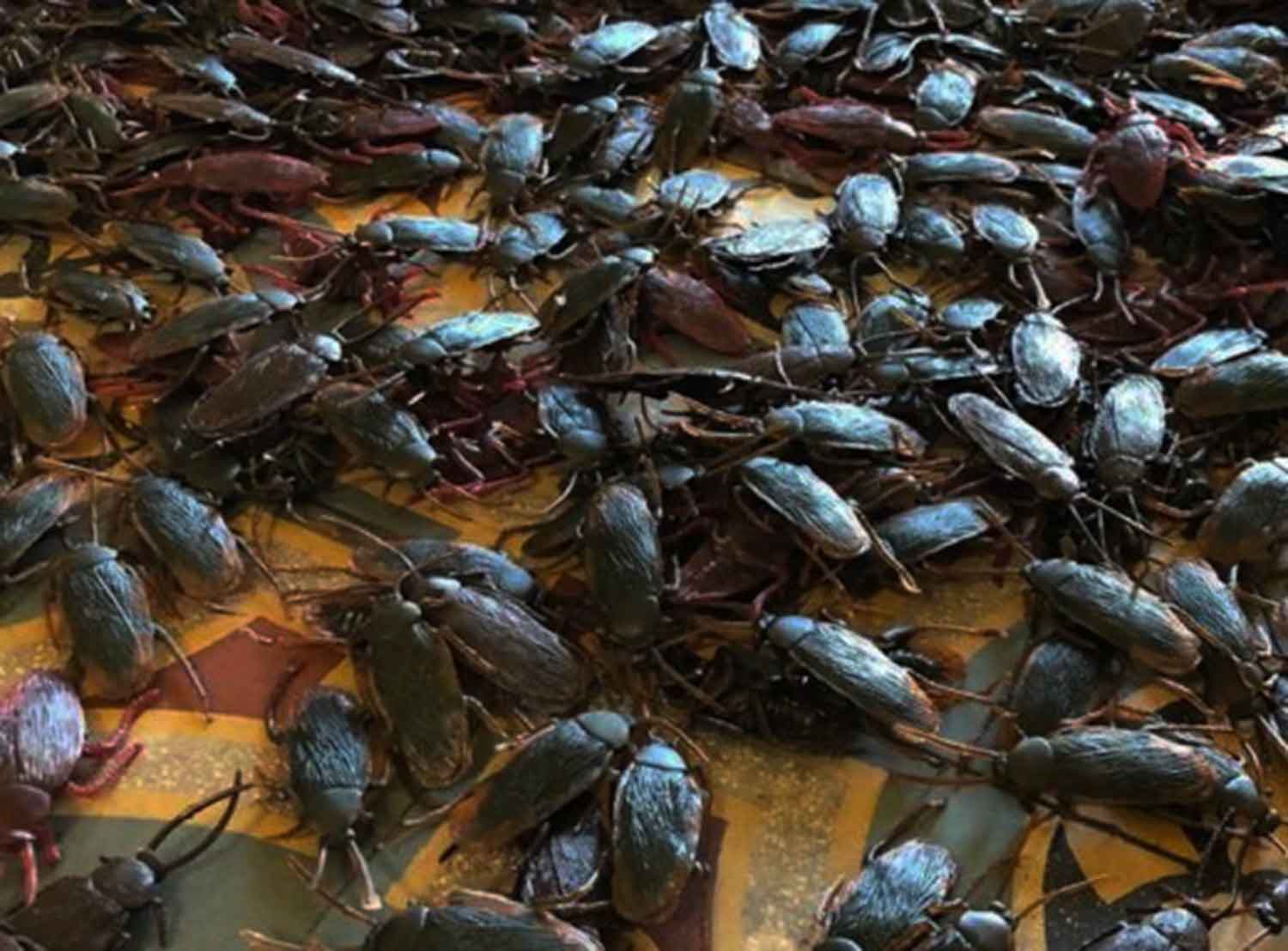 The incoming tide of fascism in Brazil is breaking on the shores of Rio.

The government of the state of Rio de Janeiro shut down today an art exhibit at the Casa Franca-Brasil for what they state was a breach of contract.  The closing day of the exhibit, conceived by the art collective Es Uma Maluca, was to feature a performance by the collective, including two dancers interacting with the  exhibit’s centerpiece, a work entitled “The Voice of the Drain is the Voice of God”. This central piece is a sculptural installation utilizing 6000 plastic cockroaches arranged around a drain from which issued the speeches of the country’s new president, Jair Bolsonaro. The title of the piece comes from the popular (but unofficial) Catholic dictum “The voice of the people is the voice of God”.

The performance and installation were based on a short story by Rodrigo Santos, which described the struggles of a victim of the Brazilian dictatorship who had been tortured with cockroaches. The audio of Bolsonaro’s speeches had been interdicted early in the exhibit’s run, at which the artists of Es Uma Maluca replaced the speech with a recitation of a cake recipe, a technique used under the dictatorship to call attention to instances of censorship.

The ascendancy of the proudly reactionary Jair Bolsonaro to Brazil’s presidency, along with conservative gains in many state and federal positions, threatens a return to the dark days of Brazil’s dictatorship. The right-wing reign of terror lasted from 1964 to 1985 and perpetrated a raft of abuses against the citizenry, ranging from censorship to torture to arbitrary killings and assassinations, under a near total culture of impunity. This kind of explicit censorship of critical art projects is likely only to increase in the coming months and years. The artists of Brazil deserve our solidarity! Follow Es Uma Maluca on Instagram, and read (via Google translate) the statement of the exhibit’s curator, Alvaro Figuiredo.