For this installation within the 2011 Pittsburgh Biennial, Justseeds created a series of mock billboards, largely from scrap materials and with simplistic construction. Working loosely with themes of immigration and international borders, the individual artists generated images that toy with the concept of billboard advertising – whether simply using the standard horizontal rectangle as a springboard for messaging that parallels their usual printmaking methods, or by lampooning the billboard concept itself. Each billboard is a gesture towards mass messaging to the general public, sketching out a world open to graphic expression and debate rather than one controlled by market capital. Many in Justseeds have worked graphically in the public sphere as non-commissioned “street” artists or as commissioned mural- ists, occasionally altering actual billboards where they stand—however, there are few in the co-op who are practicing painters or designers in the traditional sense. 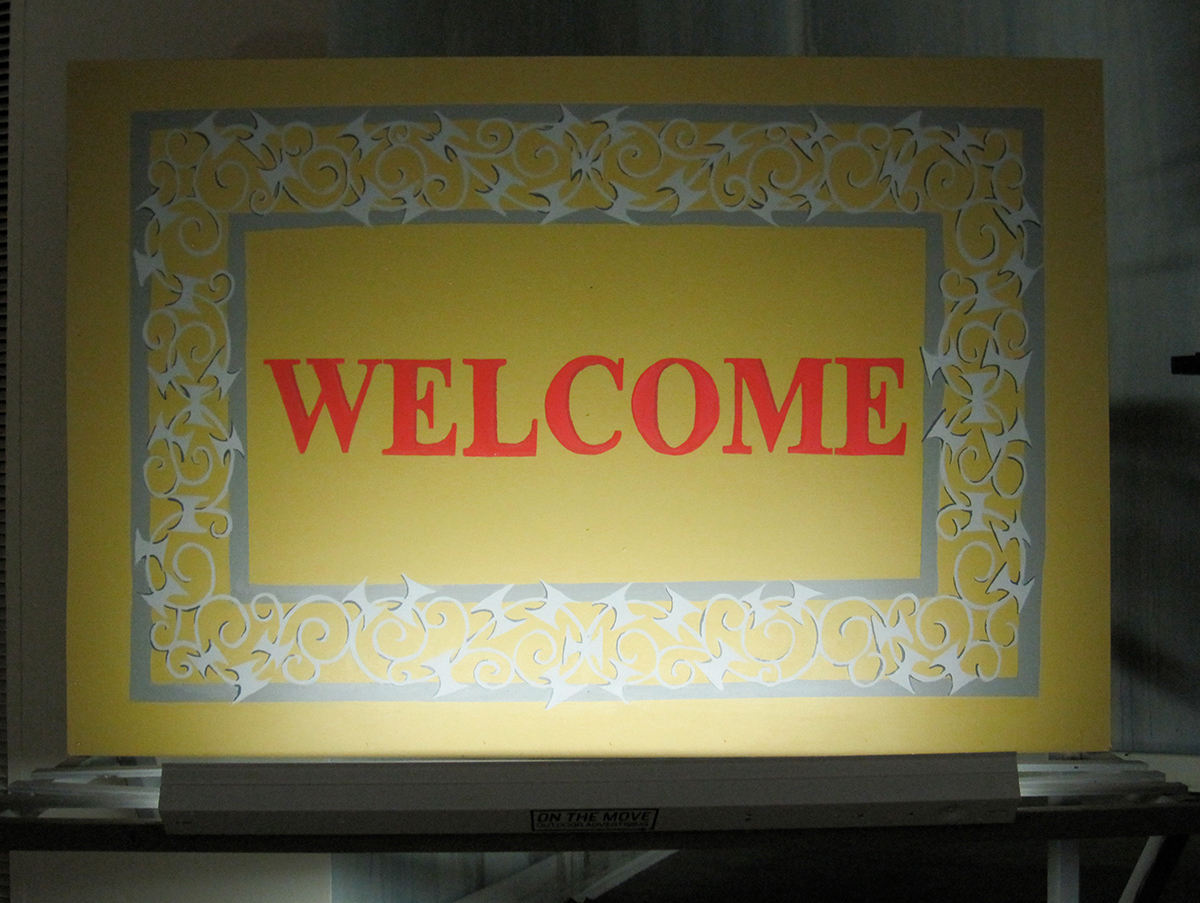 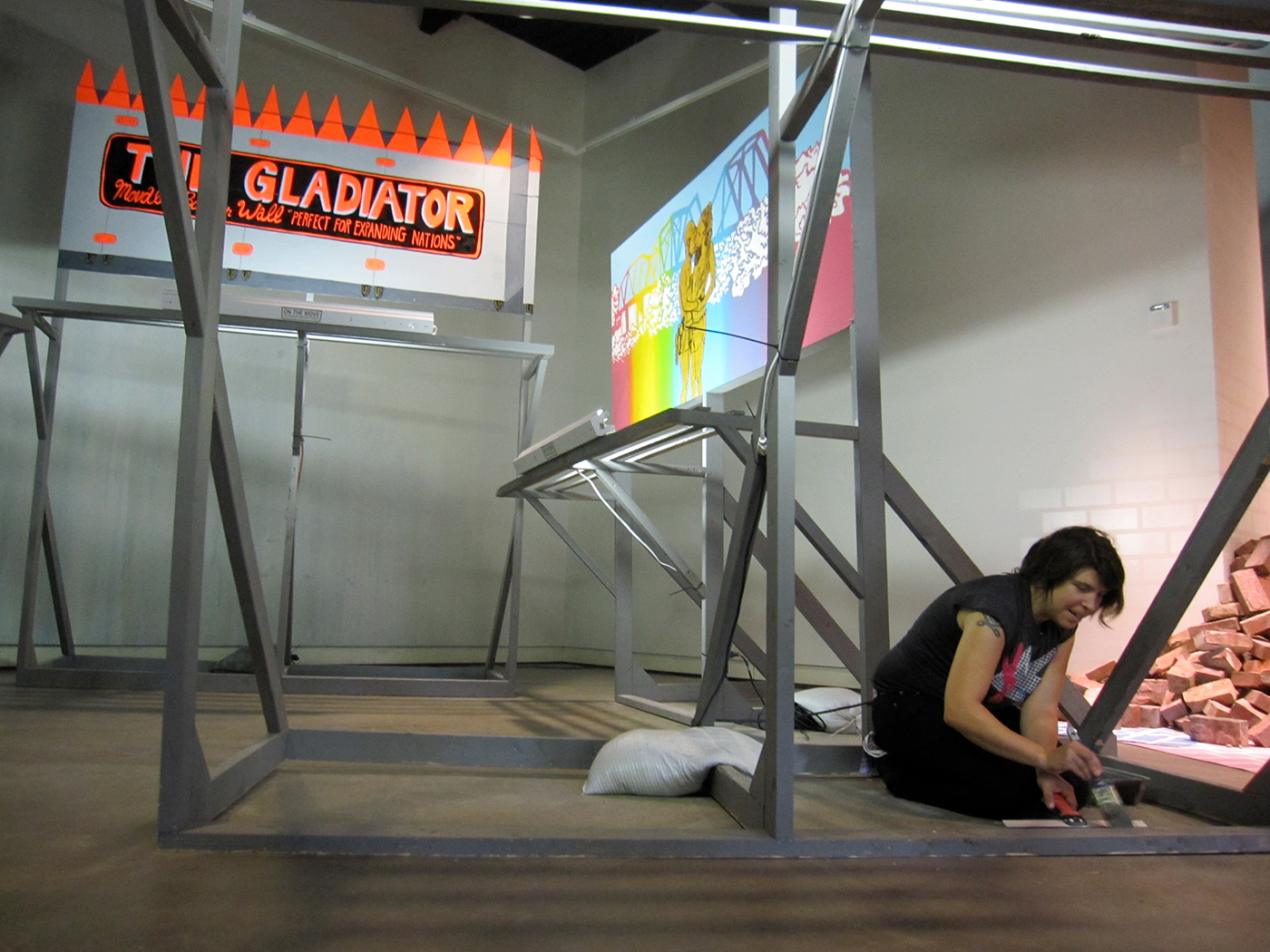 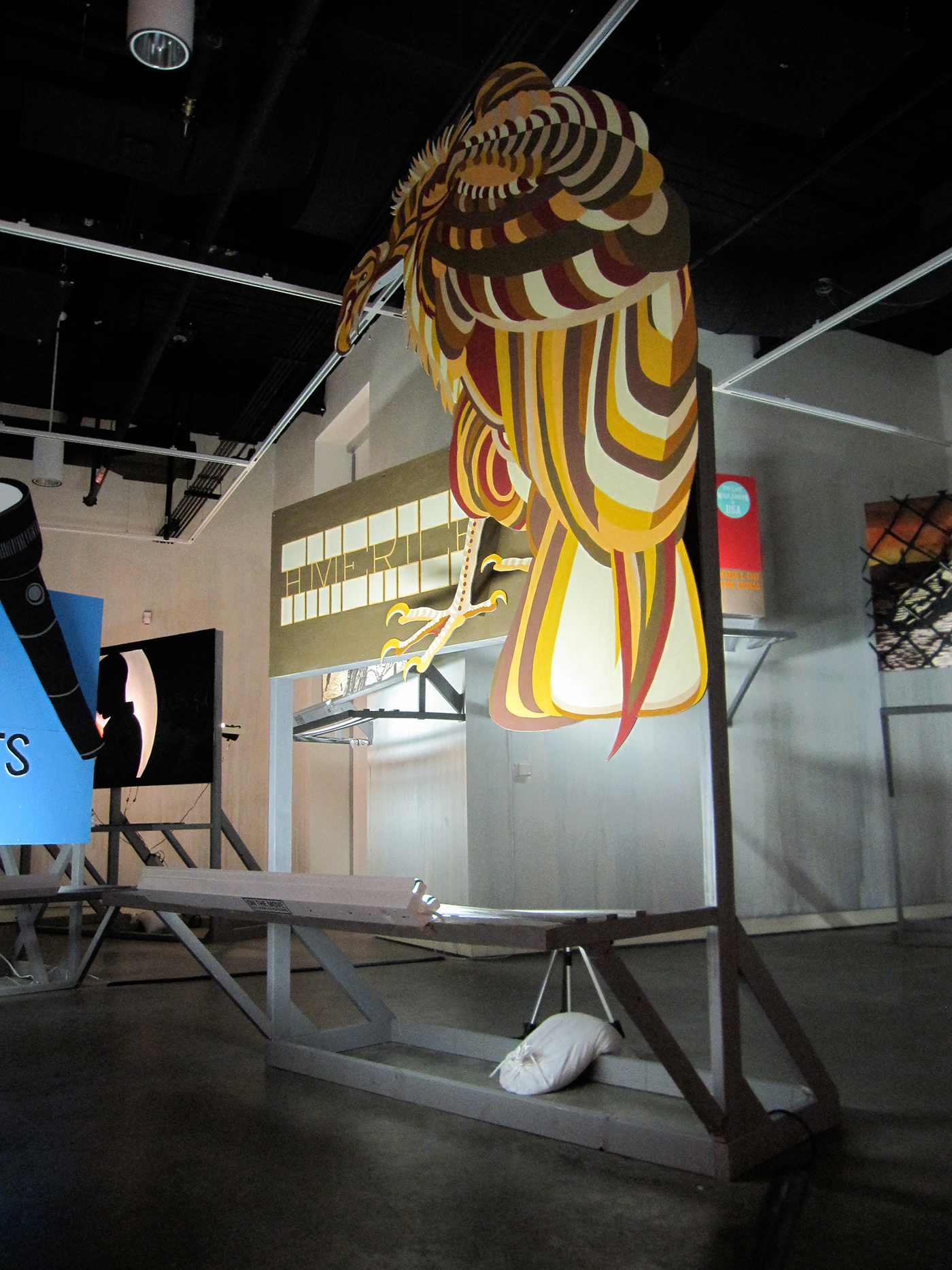 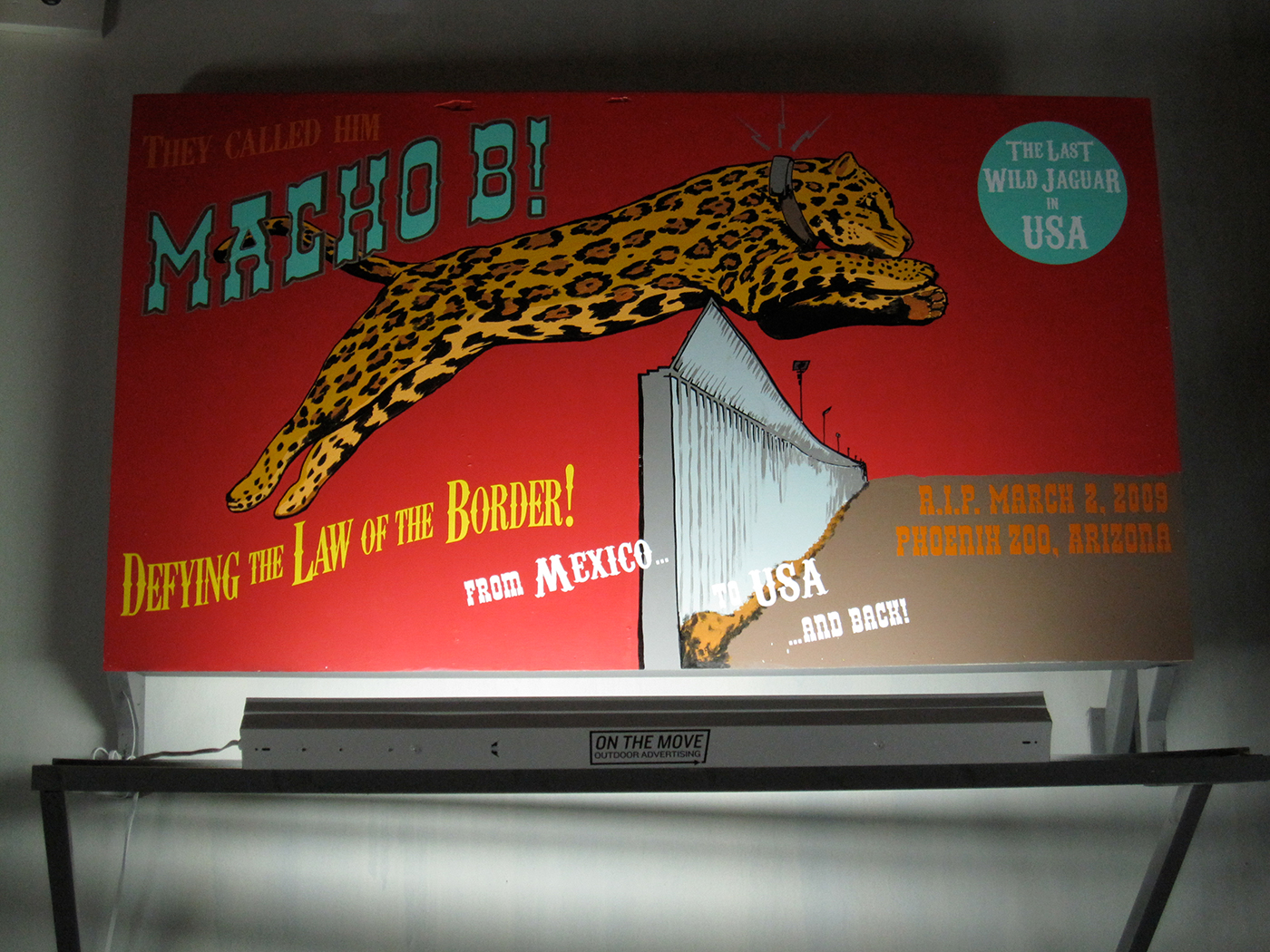 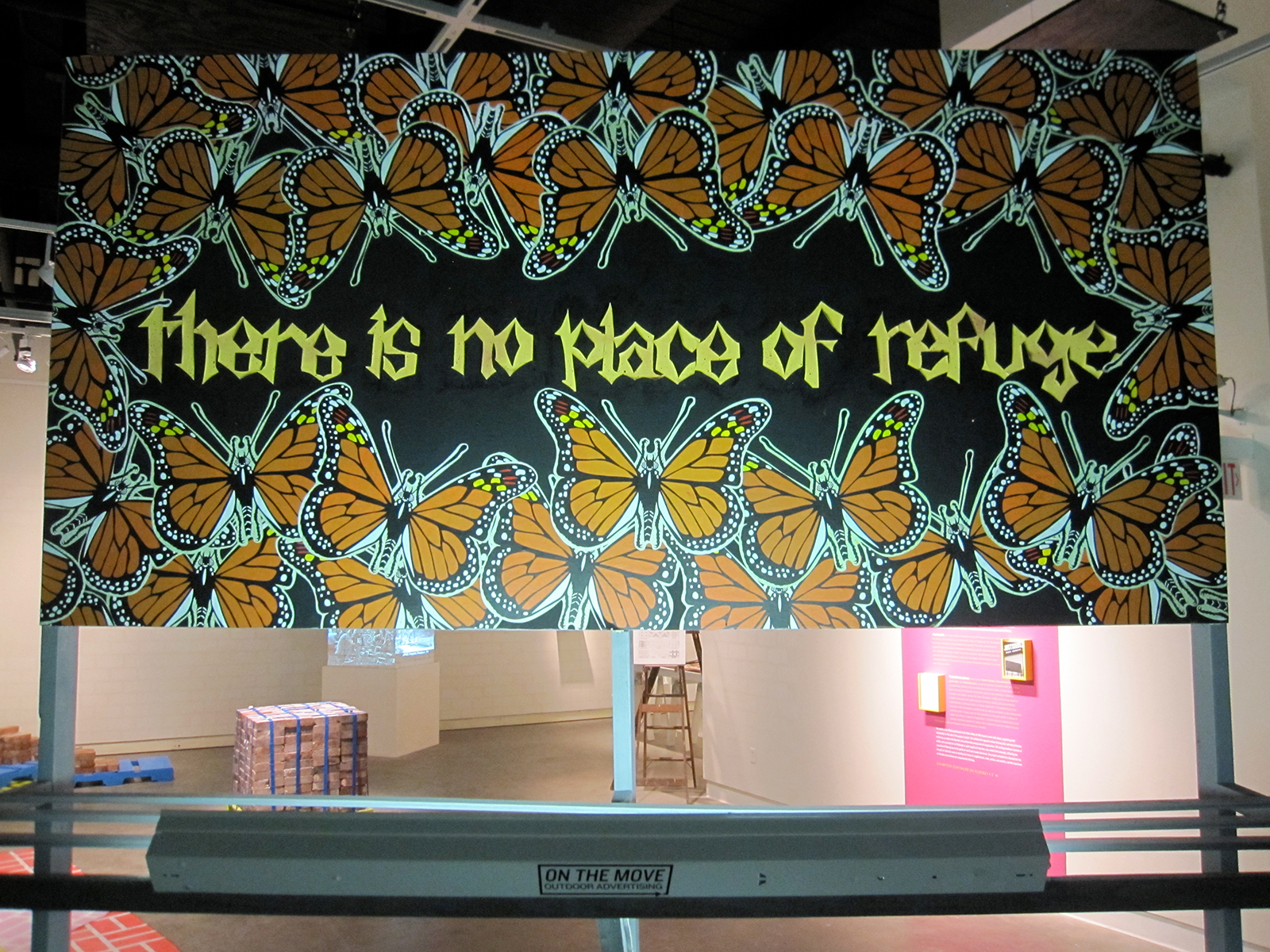 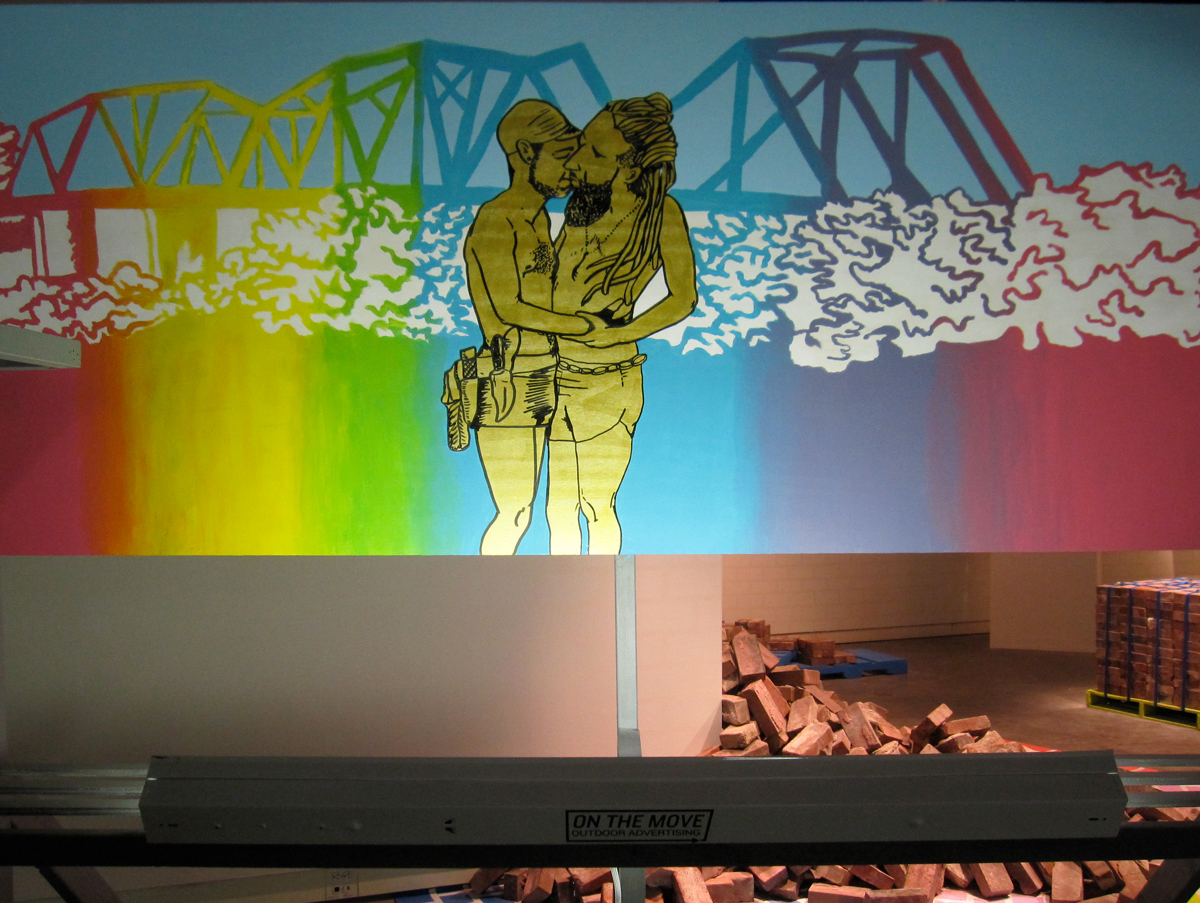 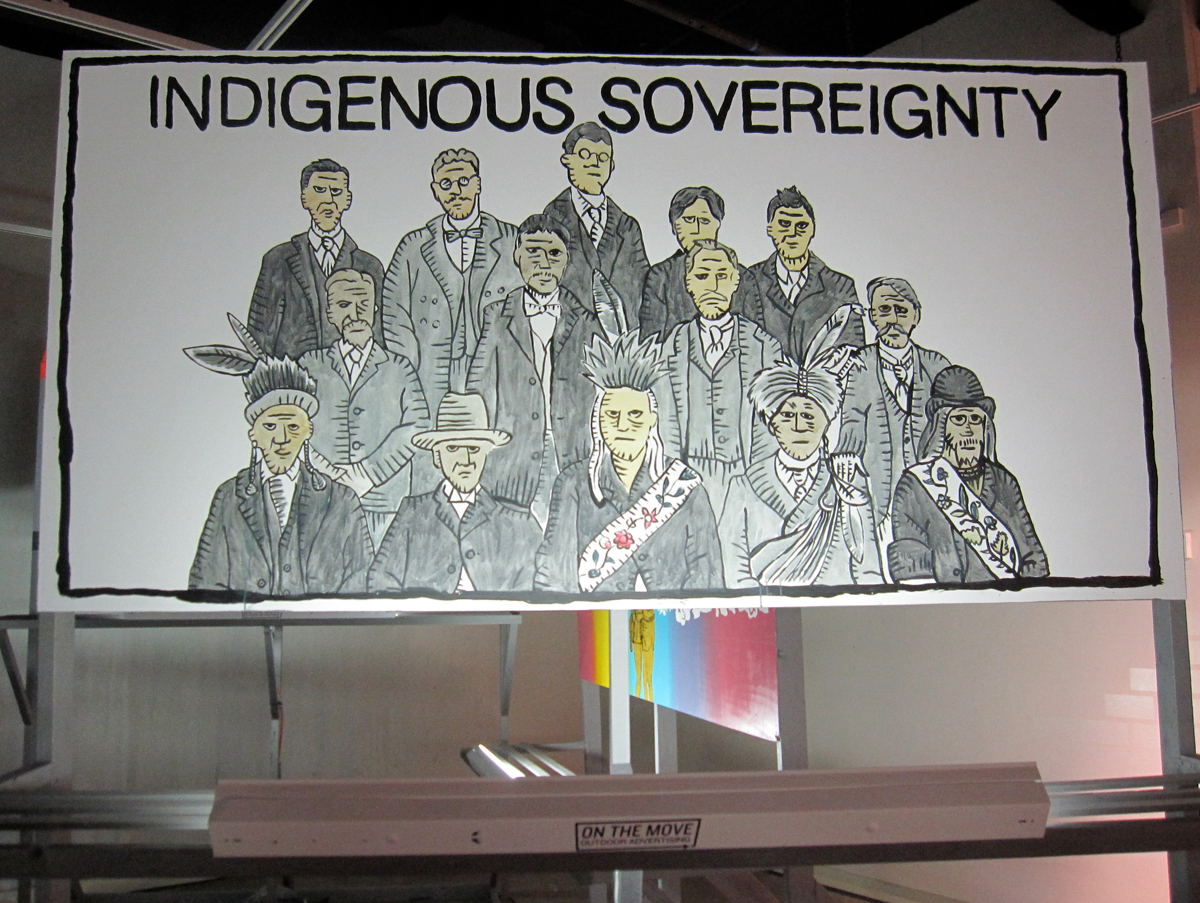 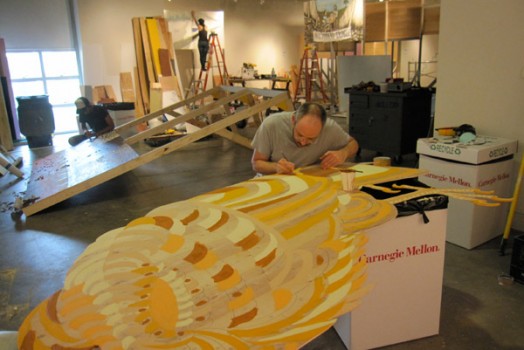 Installation in progress for the Pittsburgh Biennial!

We’re part of the 2011 Pittsburgh Biennial, and our installation is going up at the Miller Gallery at Carnegie Mellon University this week! The whole deal doesn’t open until September…

(more in-progress images here) Late Friday night we put the almost-finishing touches on our installation for the 2011 Pittsburgh Biennial at the Miller Gallery at Carnegie Mellon University. The Biennial…

Up Against The Wall at Booklyn

Here are a handful of images from the opening last month of Up Against The Wall, at Booklyn. The exhibition, which includes portions of the Iraq Veterans Against War portfolio…