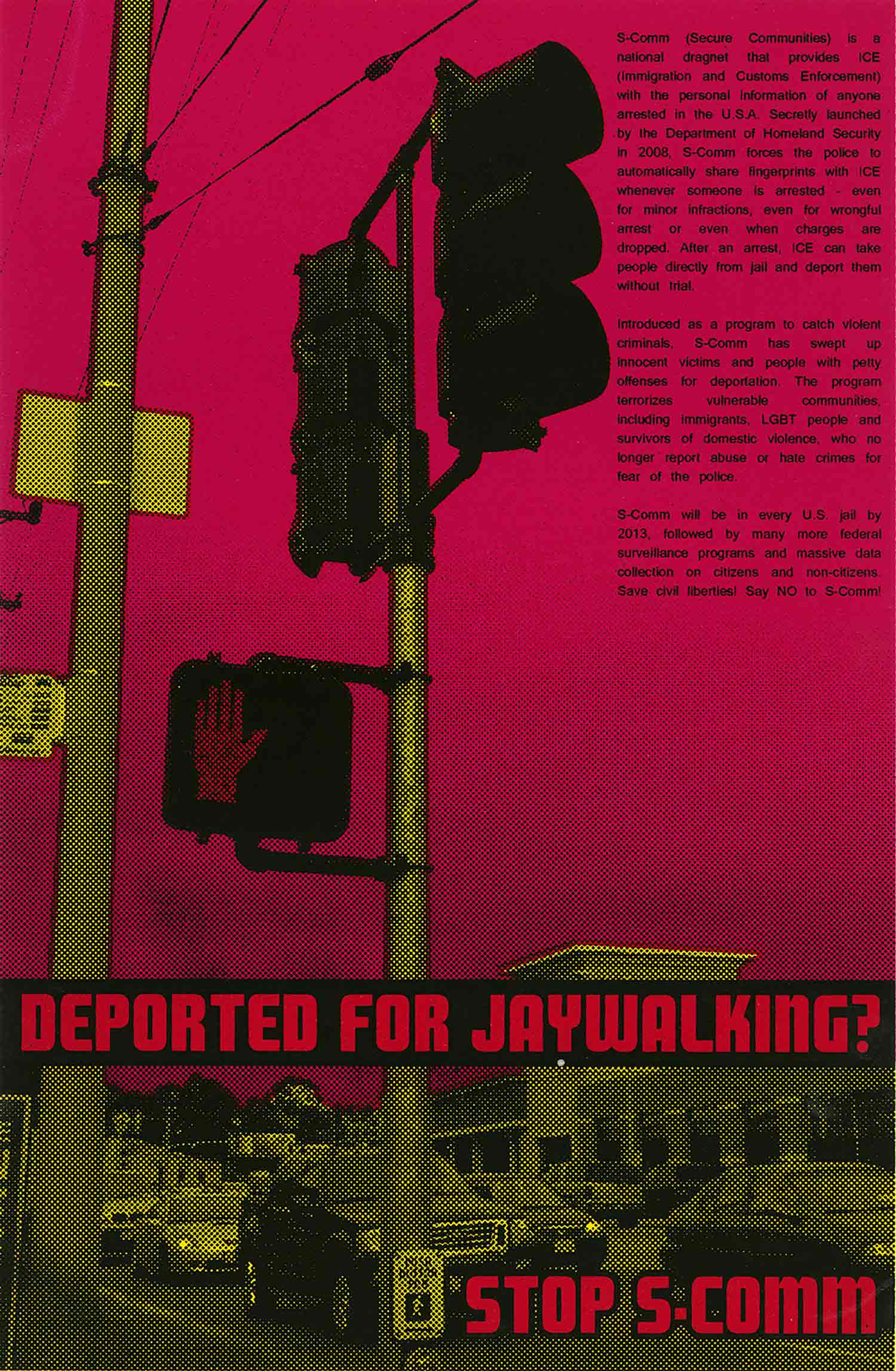 The piece “Deported for Jaywalking” was originally designed in 2011 for the San Francisco Immigrant Rights Defense Committee (SFIRDC), an alliance of immigrant rights advocates working to curb San Francisco youth deportations and stop the Secure Communities program, also known as S-Comm. S-Comm is a federal dragnet created by Immigration and Customs Enforcement (ICE) to automatically investigate, detain, and deport undocumented citizens who have been arrested. “Deported for Jaywalking” was wheatpasted throughout San Francisco to publicize the SFIRDC and the design was reproduced on t-shirts worn by hundreds of SFIRDC activists during Bay Area demonstrations against S-Comm.