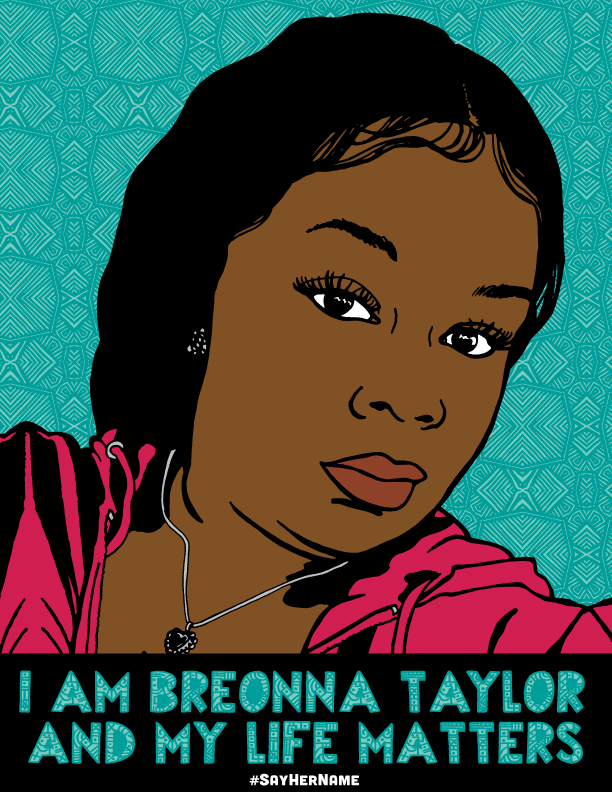 Breonna Taylor was an award-winning EMT and first responder in Louisville, KY, who loved helping her patients and her community. “She was an essential worker. She had to go to work,” her mother, Tamika Palmer said of her dedication to standing on the frontlines of this pandemic. “She didn’t have a problem with that.” Breonna survived the frontlines of a pandemic that disproportionately kills Black people, only to have her life stolen by police.

On the night of March 13th, the Louisville Metro Police executed a warrant, looking for drugs they never found, reportedly trafficked by a person who did not live with Breonna or in her complex-and whom they already had in custody.

They sprayed her home with 20 rounds, shooting Breonna 8 times, killing her in her bed.

From Black Lives Matter Baltimore
“For months, Breonna Taylor’s murder was widely ignored by the media while they directed attention to the COVID-19 pandemic. Breonna Taylor’s killing in March wasn’t brought up until after Ahmaud Arbery, a Black man who was chased and gunned down by two white supremacists (one of whom was a former police officer) for jogging in a Georgia suburb.
When the state commits violence against Black women it is usually unreported or underreported and this is an extension of misogynoir. Her life matters. And Breonna Taylor should still be here with us, yet she isn’t.”

Breonna would have celebrated her 27th birthday this Friday(June 5th).
Be angry. Rage. Cry and don’t just mourn. Organize.