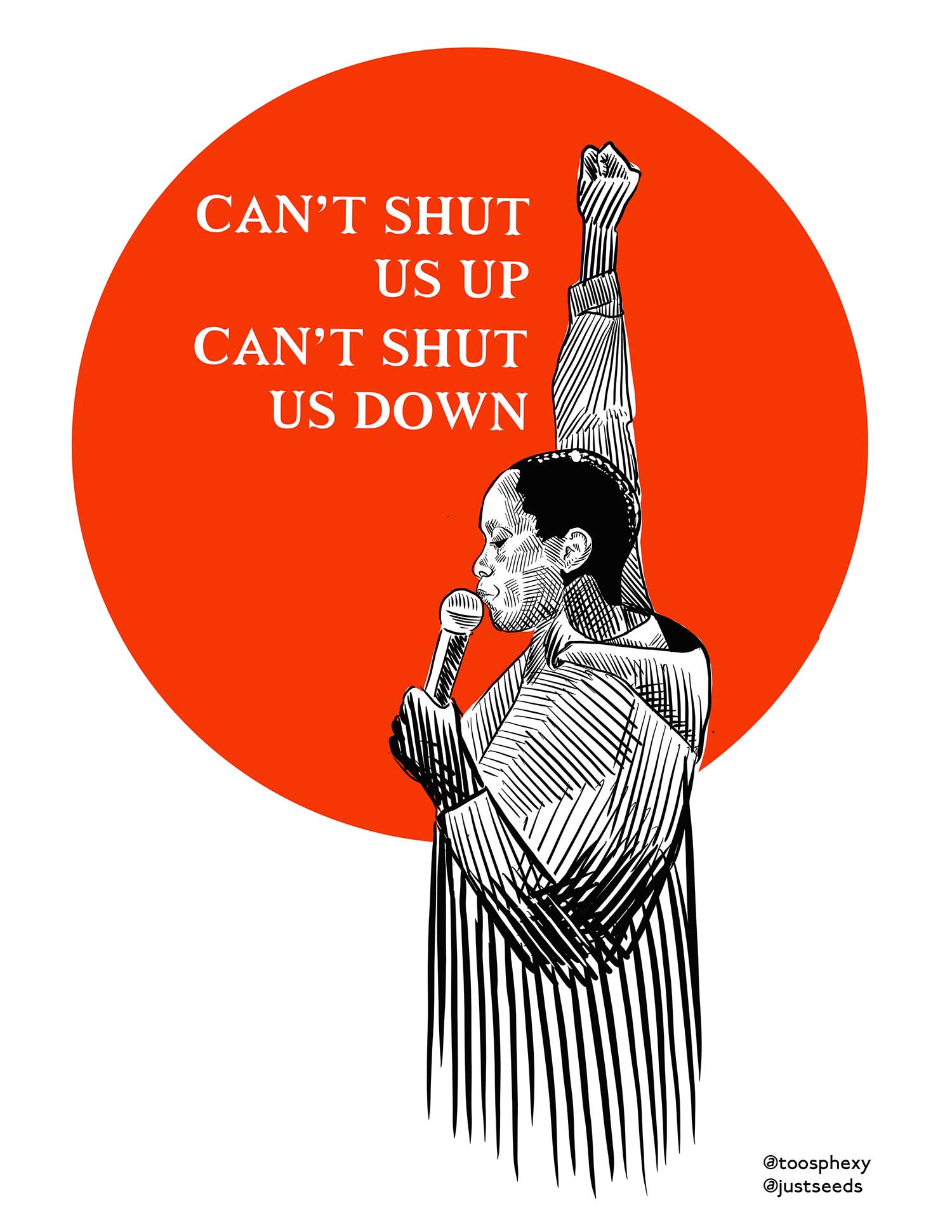 Demetria Hester was attacked by white nationalist Jeremy Christian in Portland, OR in 2017 while on public transit. Christian shouted slurs at her at threw a water bottle at her head. On the following day Christian murdered two men and mutilated a third, all of whom had come to the defense of two young women he was harassing.

In recent weeks (August 2020), during the ongoing Black Lives Matter protests in Portland, Demetria has emerged as a leader in the streets, rousing crowds and maintaining the focus on Black lives. The Portland Police have begun to target movement leaders in their ongoing efforts to disrupt and dispel the protests, and they arrested Demetria for disorderly conduct in the early morning hours of August 10th.

Uproar was instantaneous, and Demetria was released later that day to widespread celebration. The movement in the streets of Portland continues, with Demetria and other Black leaders at its heart.