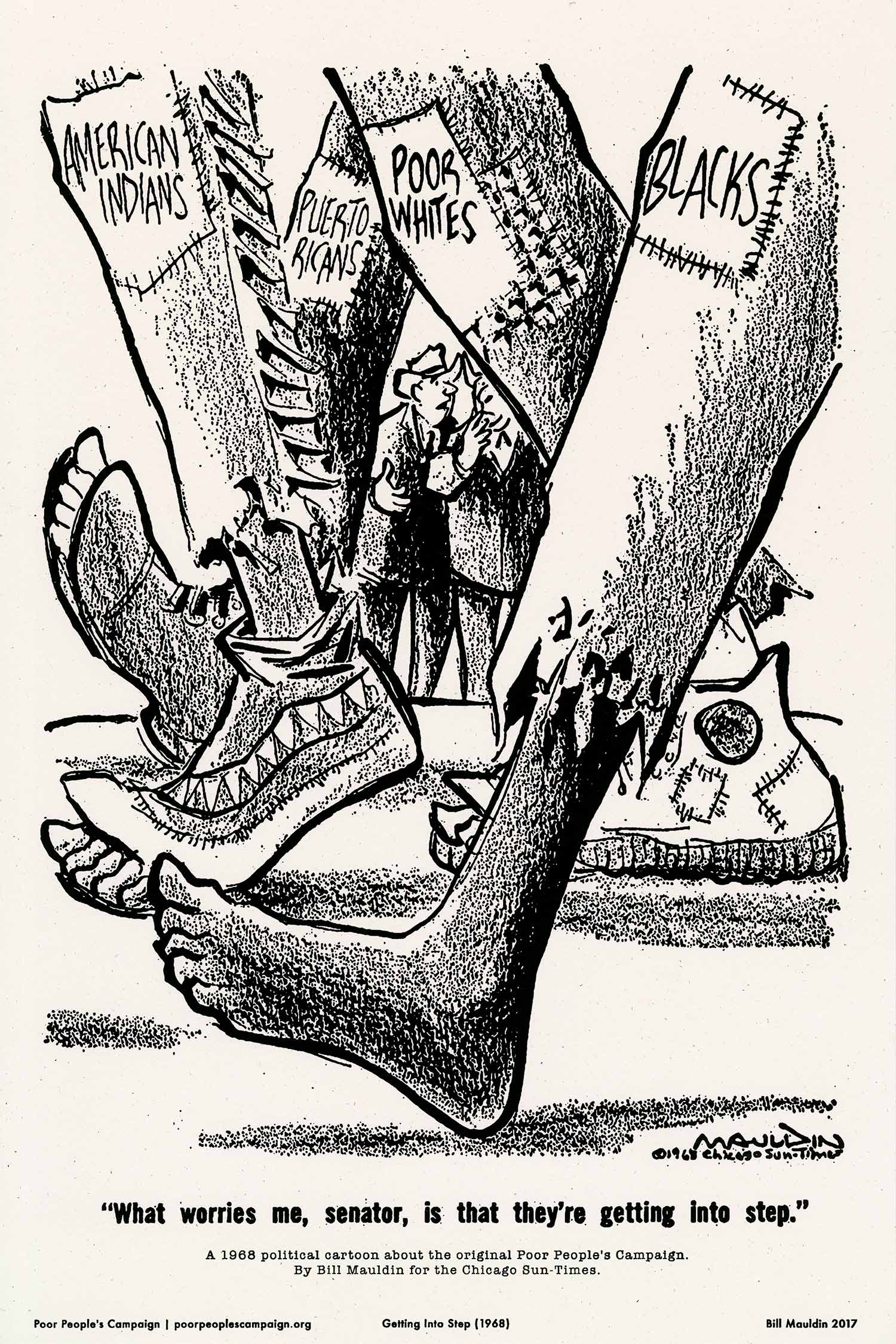 Bill Mauldin’s 1968 political cartoon “Getting into Step” about the original Poor People’s Campaign was reprinted for educational purposes with an awareness of the problematic tropes used in the print.