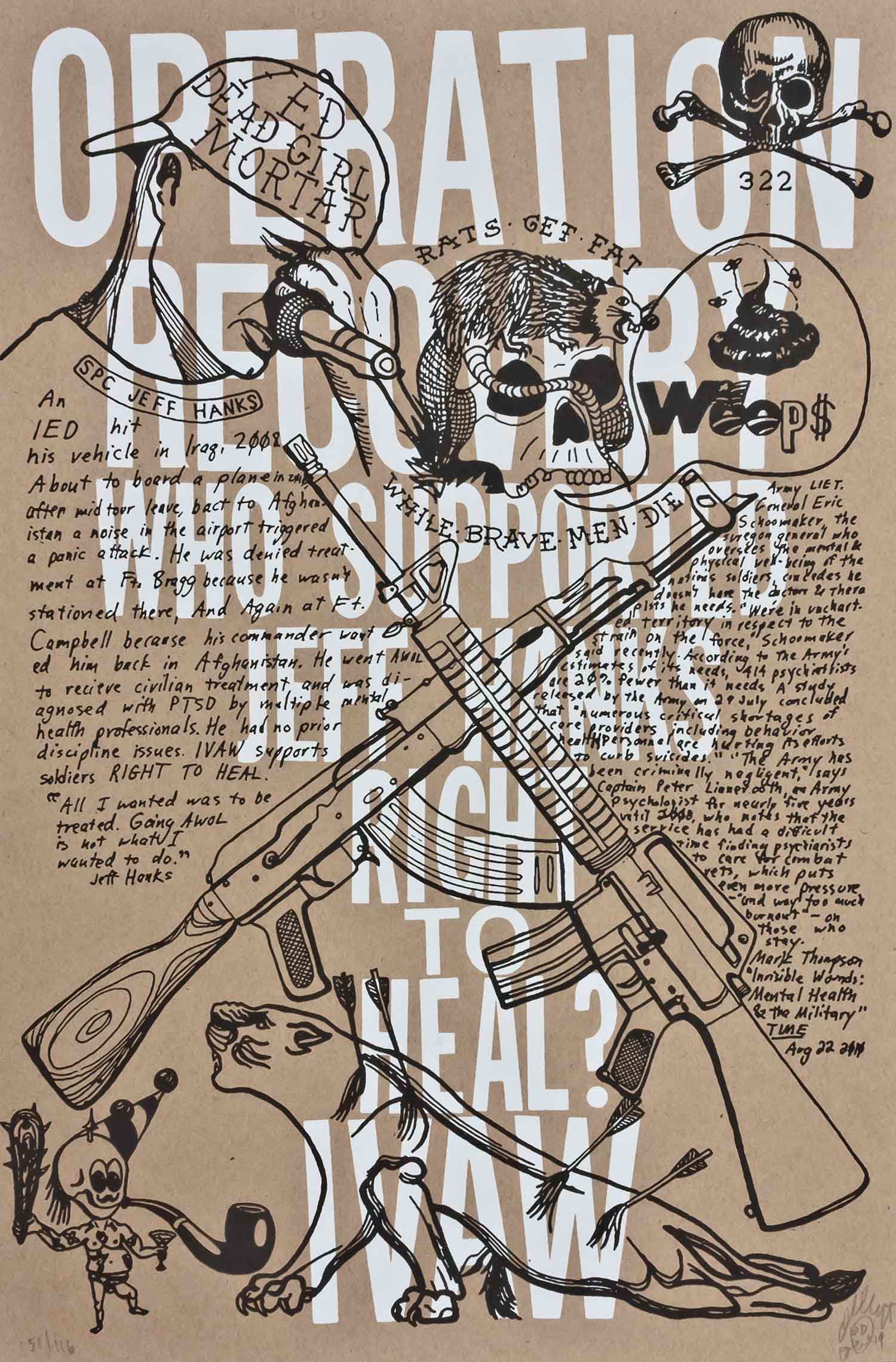 Jesse Albrecht is a U.S. Army veteran who served in Iraq, artist, Combat Paper facilitator, and educator living and working in Montana. The year Jesse spent in Iraq has played an integral and informative role in his art since his return in 2004.