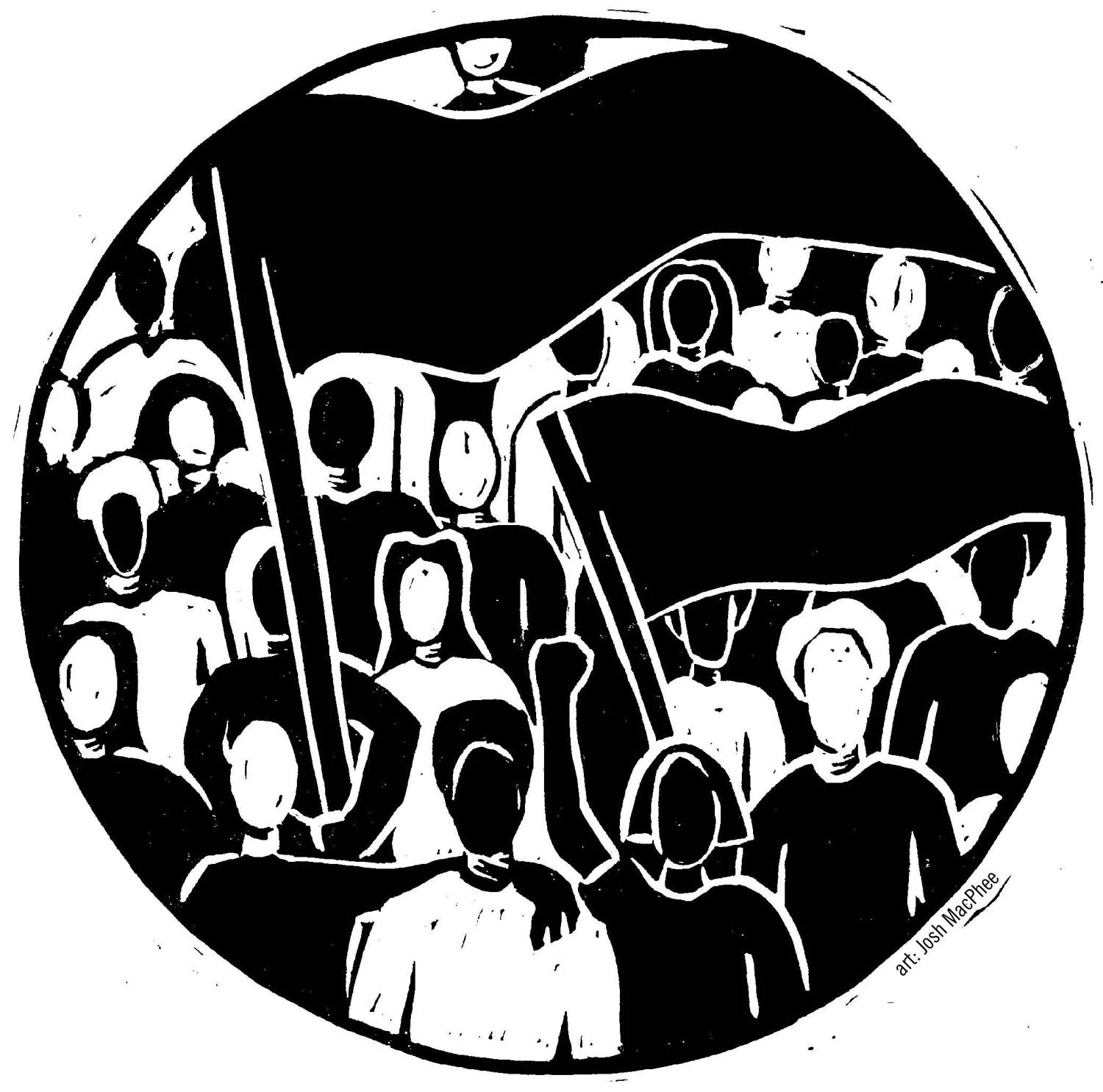 I originally designed this logo for the Mayday March in 2000 in Chicago. The artwork was initially composed and cut as a block print, but was then screenprinted on fabric to make flags which were used in the march. It’s a nice, versatile graphic which can be used for all kinds of protest applications.