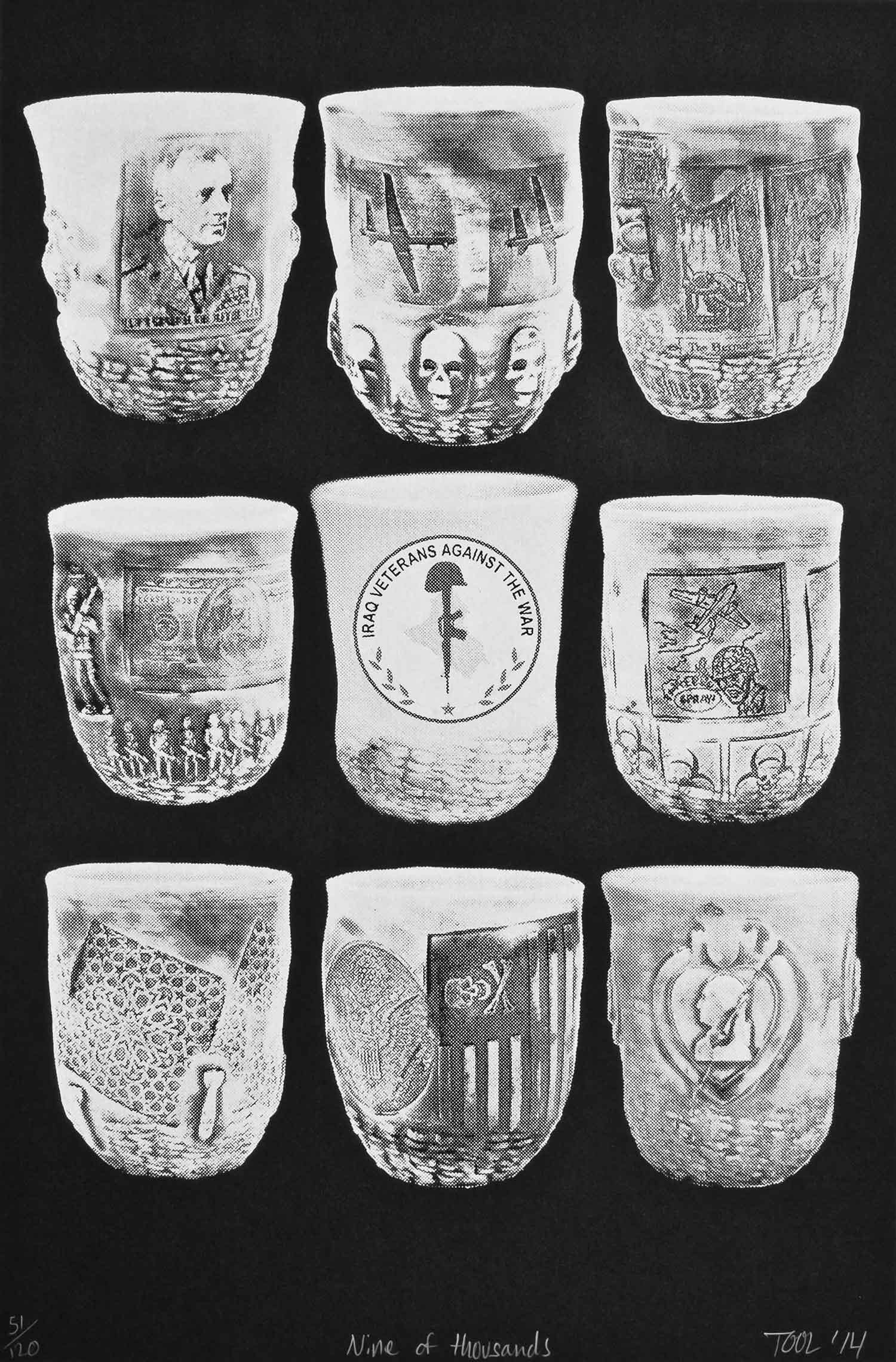 Addressing issues of war and violence, these cups—just nine of more than 15,000 made by Ehren Tool—are meant to be conversation starters about difficult subjects. From left to right, top to bottom:

1) Major General Smedley Butler, decorated Marine and author of War is a Racket.

3) The gas mask Ehren wore in Desert Storm, thinking the air was poison, now a toy for “ages 6 and up.” A Tarot card (The Hermit) Ehren made with illustrations from Marine Corps manuals. Ehren’s Gulf War self-portrait. A boy playing cowboy in the sand under the oil fires.

4) The gas mask Ehren wore in the Gulf War now being worn by police protecting money from people.

5) Cup made for IVAW. Ehren writes, “I can’t express my disappointment enough that there are new generations of veterans.” 6) Reaction to chemical attack illustration from Marine Corps manual. Biohazard symbol to represent the chemicals being sprayed on our food.

7) Arabic patterns and bombs. After the Gulf War Ehren studied Art. He remembers seeing images in his art history books “courtesy of the Baghdad Museum” and wondering if the objects had been destroyed.

Ehren Tool is a U.S. Marine Corps veteran who served in the Gulf War, artist, activist, and educator living and working in Berkeley, CA. He has made and given away over 15,000 cups since 2001.