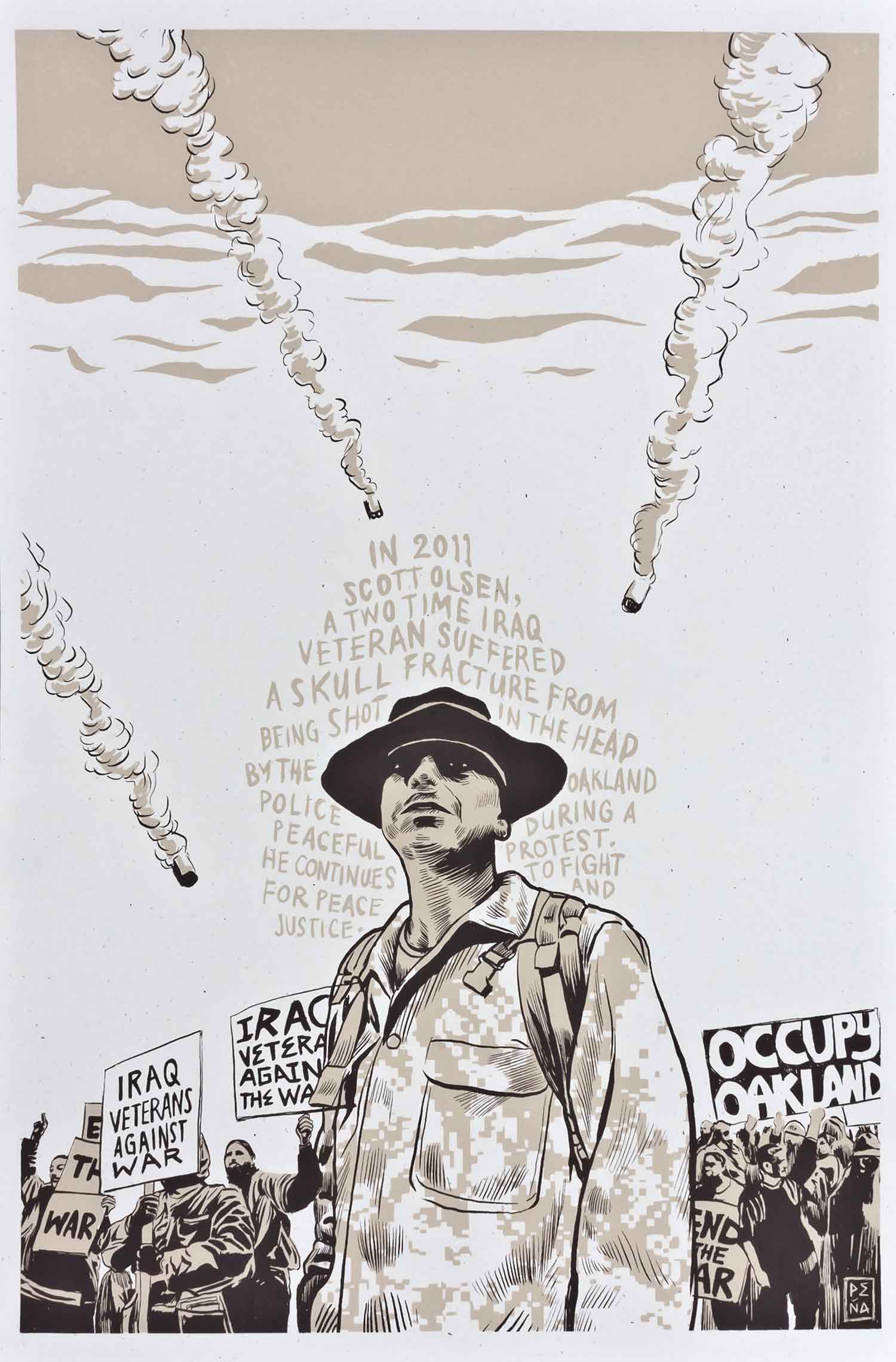 Oakland police attacked peaceful protesters including Scott Olsen, an Iraq War veteran and IVAW member, at an Occupy protest in 2011. Scott stood strong in support of Occupy Oakland until he was shot point blank with a projectile by an Oakland police officer.

Zeke Penya is an artist, creator, and activist born in New mexico and based in el Paso, Texas. He makes hand-crafted transmedia work in traditional and digital mediums. His work explores ritual and survival through storytelling.