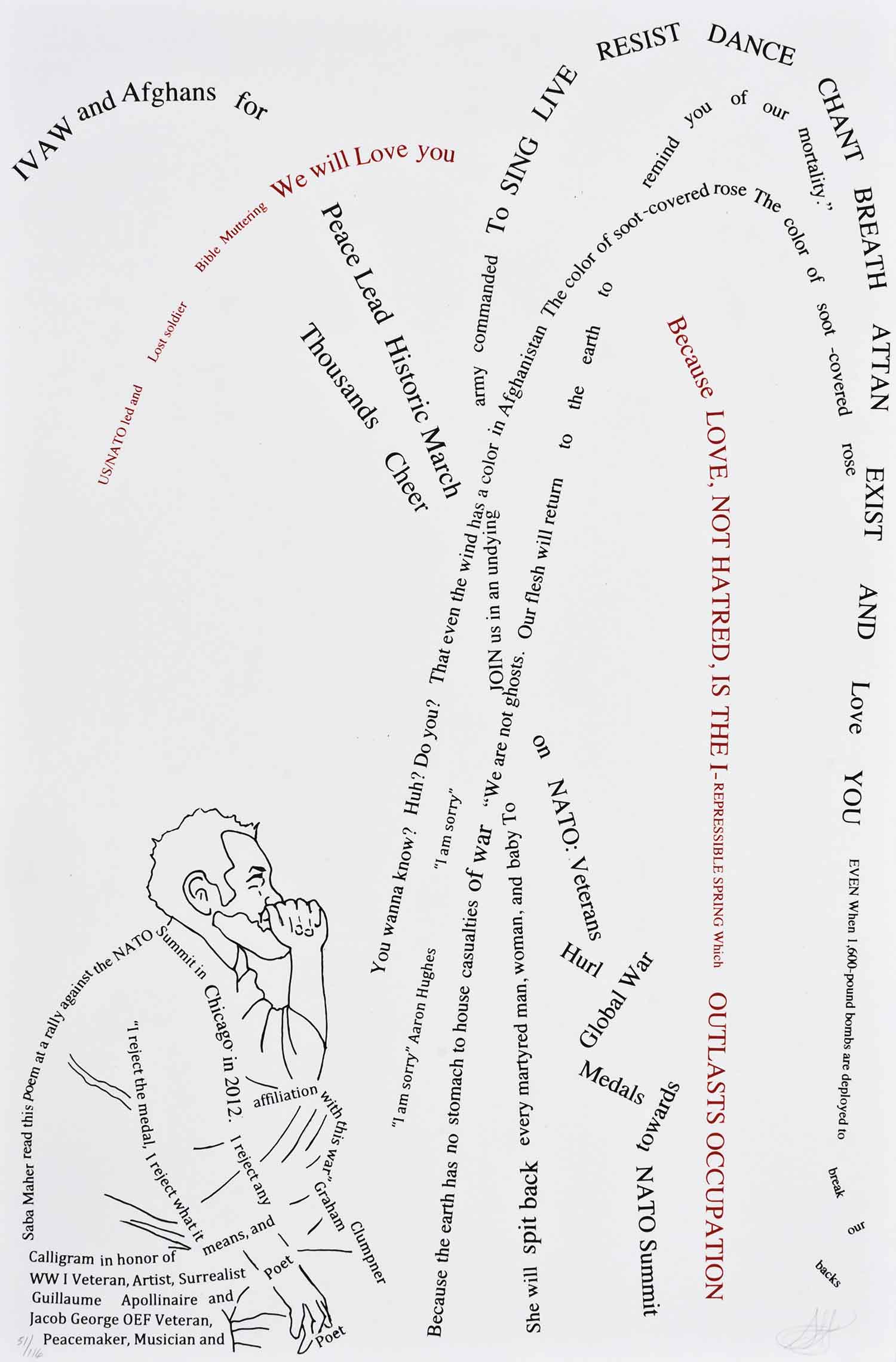 This image by Suellen Semekoski is from Celebrate People’s History/Iraq Veterans Against the War: Ten Years of Fighting for Peace and Justice, a portfolio that celebrated IVAW’s first ten years and was produced by Justseeds, IVAW, Booklyn, Repetitive Press, and the Civilian Soldier Alliance.

The hurling words, calligrams as an homage to WWI veteran and Surrealist poet Appolinaire and to Jacob George, reflect the motion of thrown medals and exploding bombs. The words are from Saba Maher’s poem read at the concluding rally of the March for Justice and Reconciliation led by Afghans for Peace, Afghanistan Veterans Against the War, and Iraq Veterans Against the War. After her poem was read veterans of the Global War on Terror knelt in silence then hurled their Global War on Terrorism Medals toward the NATO Summit.